Solar Flares Are Worryingly on the Rise: What You Need to Know About Them

Solar flares carrying radiation 10,000 times more powerful than the largest nuclear bomb are hurled at Earth from the sun. They have coincided with spectacular auroras in our skies and historic, catastrophic events. Only the Earth's magnetic field protects us. 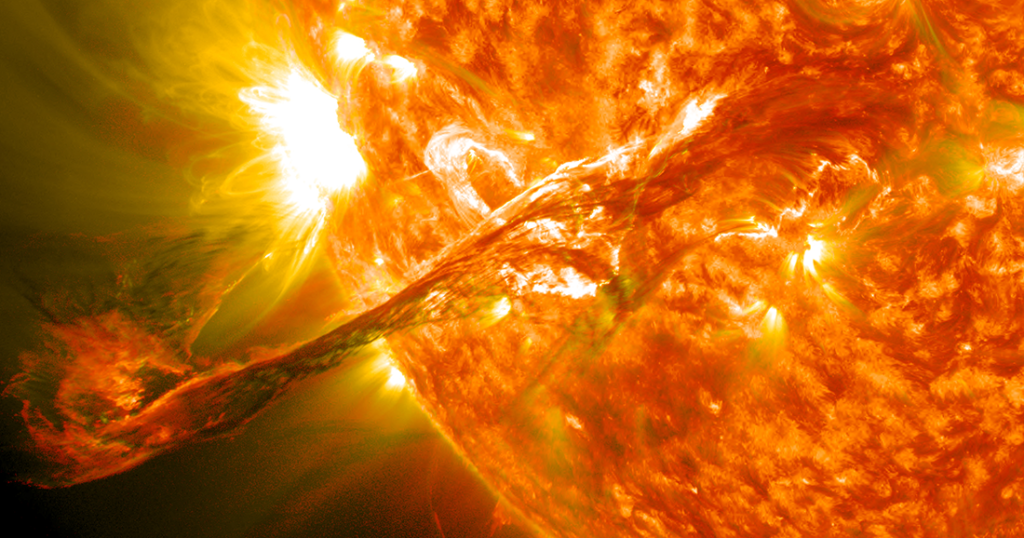 Solar flares happen on the sun, which is approximately 93 million miles from Earth. What are they? How do they happen? Can they harm us? Is there a link between solar flares and catastrophic earthquakes that have occurred in the past?

Solar flares are explosive events on the Sun

A solar flare is a sudden release of energy from the sun’s surface. They are the largest explosive events in the solar system and can be up to 10,000 times more powerful than the largest nuclear bomb.

Solar flares happen when the sun’s magnetic fields get tangled

The energy from a solar flare is released as electromagnetic radiation. This radiation can be harmful to humans and other life on Earth.

The intensity of a solar flare is used to classify it

Classification of solar flares is based on the intensity of the flare. The strongest flares are called X-class flares. These can cause widespread damage to power grids and other infrastructure on Earth.

The smallest solar flares are categorized as A-class, followed by classes B, C, M, and X, which refer to the largest.

In layman’s terms, a solar flare is a sudden, intense burst of radiation from the Sun’s surface. In contrast, a coronal mass ejection is a large release of plasma and magnetic field from the Sun’s corona.

Solar flares are often used as a misnomer for coronal mass ejections (CMEs). CMEs are large eruptions of plasma and magnetic fields from the sun’s surface. CMEs can cause geomagnetic storms on Earth, which can disrupt power grids, navigation systems, and communication systems.

Solar flares can be observed with the naked eye as sudden flashes of light. They can also be seen in x-ray and ultraviolet images of the sun.

Studying solar flares is important to know their effects on Earth

Studying solar flares is essential for understanding the sun and its effects on Earth. Solar flares are one of the main drivers of space weather, which can impact our planet in various ways. Solar flares can cause a temporary disturbance of the Earth’s magnetic field and disrupt radio communications. They can also cause auroras.

You may not remember the Carrington event, but there have been quite a few X-class solar flare events aside from the famous Carrington event that have wreaked havoc with technology systems on Earth while at the same time giving amazing auroras displays.

More needs to be understood about solar flares

When supermassive blasts of space radiation from the sun reach the Earth, is it likely that the rest of Earth’s forces of nature, such as tectonic plates, remain unaffected? Can these other catastrophic events be considered mere coincidence? More needs to be understood about solar flares as scientists anxiously watch the developments of Sunspot AR3038.