US Air Force Airmen Are Getting Envied By Other Military Veterans

Reasons why military soldiers are getting envious of the Air Force airmen. 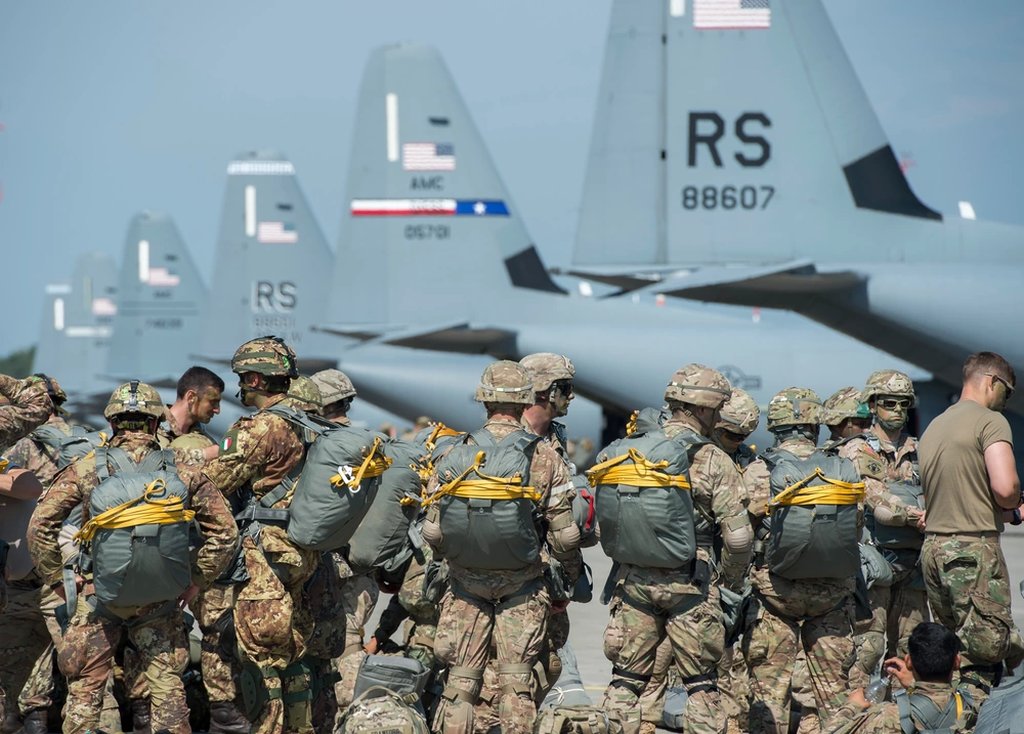 The US Air Force is the youngest of the military branches, and much like the youngest sibling of any family, it’s typically the most spoiled. It’s no secret that most military veterans will tell you that life just seems better in the Air Force for airmen than in any other branch- but is that true, and if so, why?

The US Air Force got its start as part of the US Army on the 1st of August, 1907. Back then the functionality of airplanes was highly limited, and for decades few military planners considered them vital tools of war.

The massive air battles and bombing campaigns of World War II however saw that attitude quickly change, and nations around the world began building dedicated air forces as separate branches of their militaries. With the passing of the National Security Act of 1947, the US Air Force officially became its own branch of the military on the 18th of September, 1947.

The Air Force’s mission is simple

Dominate air, space, and cyberspace in battle against America’s enemies. Air Force personnel were for years known as ‘Zoomies’, and for good reason- its men and women fly the fastest, most powerful machines on planet earth. The US Air Force had its hand in many air and space firsts, such as the first military reconnaissance satellite and breaking the sound barrier.

Since then it has operated the most advanced air and spacecraft on earth, and sightings of its test craft occasionally trigger waves of UFO reports with people claiming sightings of crafts so advanced they must be from other worlds.

From the outside, the Air Force may seem ‘soft’ to the other services due to their lack of commitment to ground operations, but that is because the Air Force is the intellectual muscle of the US Armed Forces- its cybersecurity elements secure the collection and transfer of intelligence and communication so vital to the modern battlefield, while actively denying the enemy the same capabilities.

US Air Force has superiority in air

Its air and space assets provide unparalleled situational awareness to American military commanders anywhere in the world within a moment’s notice, and its fighter aircraft have the greatest combat kill ratio of any other military in the world, while its bombers are able to penetrate the defenses of any target on earth or even deliver nuclear Armageddon if so needed.

With a focus on high technology, the US Air Force has a need for intelligent and quick-thinking individuals who cannot just adjust to new technologies, but actively predict and set new technological trends that keeps America’s military edge unsurpassed. Its unofficial motto is ‘Attention to Detail’, and it’s something reflected in its basic training with its recruits grilled mercilessly and expected to answer quickly and accurately to a barrage of technical questions while maintaining their composure.

A lapse in this level of attention to detail may cost a soldier his life, but for operators of the most expensive and powerful weapons in the world, such a lapse may put dozens of lives at risk or even jeopardize mission success.

What is it exactly, that makes soldiers so jealous of airmen?

Well for starters, ask any military vet who’s spent time at an Air Force base and the first thing they’ll tell you is: the food. No, they don’t hire professional chefs as some servicemen will occasionally mutter, but overall food quality at an Air Force facility is head and shoulders over any of the other services.

With the greater variety and often 24-hour dining facilities, airmen eat well and often. Air Force dining facilities typically offer up to three different main dish selections with a variety of add-ons, as well as running a cold cuts bar for those looking for a quick sandwich, and a grill to serve up hot dogs, hamburgers, and sometimes even steak.

Good food is not an accident though, and was a tradition started up in its early days when Air Force pilots were risking their lives in experimental and highly dangerous aircraft, for which Air Force leadership thought they deserved a damn good meal- and who could disagree?

The second thing you’re likely to hear from a soldier about how airmen have it better are the living facilities. The Air Force likes to keep its airmen happy and motivated, they are after all in charge of some of the most dangerous (and expensive) technology in the world. To that end Air Force personnel facilities come in the shape of dorms for most junior airmen, with special dorms for unmarried officers.

These dorms are very much like a college dorm, with airmen almost always having a private room and a shared bath- some can feature four private rooms connected to a common living space and one shared bathroom. Compare that with barracks housing or shared dorms for other services and it’s no surprise soldiers would prefer to live on an Air Force base.

However unlike the other services, many young airmen also have the option of moving off-base and into private apartments near the base upon reaching Airman 1st Class, with the cost of rent paid for by the military. While other services do have this option, it’s typically not available to such low-ranking members.

Air Force recreational and exercise facilities are also well known to be far superior to those of other branches. Typically an Air Force base will have a movie theater, a full-sized gym with basketball courts, racquetball courts, weight lifting facilities, running track, and swimming pool, a bowling alley, a Rec Center for families, a Sears-like Base Exchange, multiple dining facilities, and sometimes even an arcade. The typical Air Force Base is in essence a miniature and completely self-sufficient city!

The Air Force also famously looks after its people, and if they are forced to live in less-than-satisfactory conditions will offer pay bonuses for the duration. These are typically called ‘unfit quarters’ and include conditions that are standard for any of the other services.

Air Force airmen can also take advantage of something called ‘hops’, which is available to the other branches but which the Air Force has preferred access to. A hop is exactly like it sounds- if there’s space available any serviceman can request a seat aboard a military aircraft and fly for free, and with airbases all over the world, the Air Force has aircraft constantly flying to every corner of the globe.

Military servicemen often take advantage of ‘hops’ to get home to loved ones, but others simply take paid leave off and travel the world for a few weeks completely for free. However, probably because most of these planes are their property, Air Force personnel get priority. For any salty soldiers currently watching, maybe try putting a pair of wings on one of your tanks.

Chance to see the world

Airmen also get the ability to see more of the world than the other branches, with perhaps the exception of the US Navy. That’s simply because, unlike the other branches, the Air Force has air bases both big and small all over the world, and its airmen can receive assignments literally anywhere on earth. Airmen are typically well-traveled, and a 20-year career can see you having visited vast stretches of this planet.

With its focus on technology and more corporate approach to its day-to-day lifestyle, the Air Force is also more appealing for those seeking to get good, high-paying jobs in the civilian sector. An honorable discharge from the Air Force is often enough to put you well ahead of any other applicants for a civilian job, and with experience handling, developing and supervising high technology assets, companies actively seek out and headhunt Air Force retirees, offering them competitive job packages even before they’ve actually completed their full services.

Sadly for the other branches, there are just very few uses for combat skills in the civilian sector- but the ability to fly a plane, disrupt the communications networks of enemy combatants, and repair state-of-the-art fighter jets all directly translate to highly desirable technical skills in the civilian world.

The Air Force also likes to make sure its airmen are well educated, and along with the typical military schooling and MGI Bill available to all other branches, Air Force facilities all feature access to the Community College of the Air Force which can help Airmen earn actual college degrees while most other service’s experience simply translates to limited amount of credits towards degrees.

Forward-deployed air force installations also typically feature distance-learning opportunities, so even if deployed to a war zone, airmen can continue learning and educating themselves. This might seem outrageous to the other branches, but for a service that relies on dominating the global battlespace through advanced technologies, the continued education of its airmen is vital for national security.

The Air Force is seen by most as the preferred branch of service, though its seeming ‘easiness’ can be highly misleading to many recruits. The Air Force features one of the highest rates of discharges of any branch, with significant numbers of new recruits not making it past their second year in service.

It might offer the best facilities and potential job perks, but the Air Force also maintains one of the highest personal standards of any of the branches- befitting for a service whose job it is to ensure America’s victory in any conflict through technological domination.