Can Space Debris Re-Entering the Atmosphere Kill You? Scientists Estimate the Risk

If you live in Jakarta, Indonesia, Dhaka, Bangladesh, or Lagos, Nigeria, you are three times more likely to die from space debris than a New Yorker. Don't worry, though. It's only a tiny probability, but still, a probability that may happen within the next ten years. 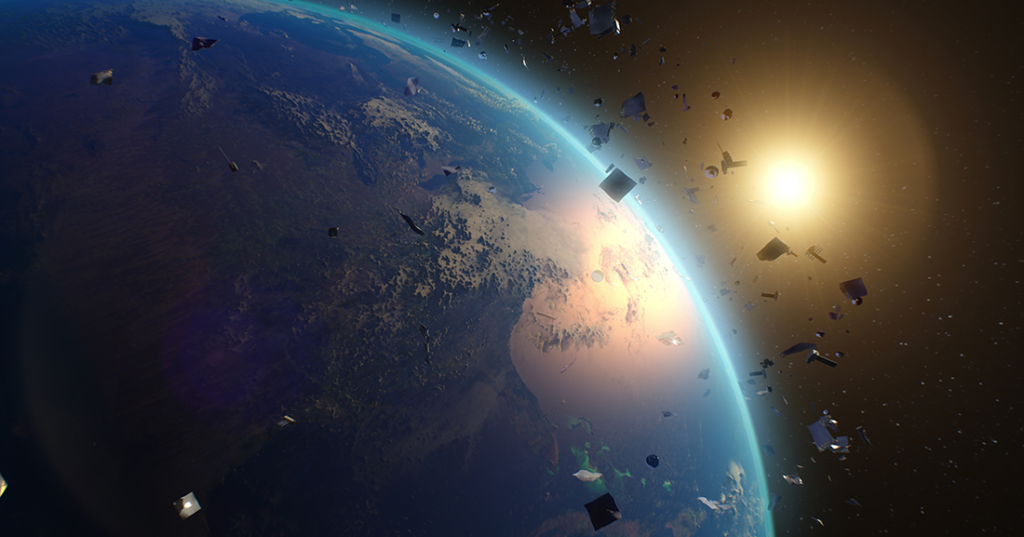 While it might seem ridiculously unlikely that falling space junk could kill someone, stranger probabilities have happened. According to a myth, the Greek playwright Aeschylus died in a tragic way. As legend states, an eagle that had just caught a tortoise thought Aeschylus’s bald head looked like a shiny rock and dropped the tortoise on him, killing him.

Unlike tortoises falling from the sky, natural debris falling from outer space is more common. Every minute of every day, space debris rains down on us, a risk that we rarely notice. The dust from asteroids and comets falls through the air and lands on the surface of the Earth without being noticed. Each year, this amounts to about 40,000 tonnes of dust. About once every 100 years, a body of debris tens of meters wide dives through the air and makes a crater.

Since we are sending more satellites, rockets, and probes into space, scientists think that it is about time that the probability of falling rocket debris killing people should be calculated. More than 4,500 satellites currently orbit Earth, and more are expected to be launched.

A new study calculates the probability of death from space junk

A new study, which was published in Nature Astronomy, figured out how likely rocket parts will fall and kill people in the next ten years.

The authors figured out where rocket parts and other things from space fall back to Earth land. They did this using a mathematical model of the angles and orbits of rocket parts in space, the number of people living below them, and satellite data from the past 30 years.

Higher probability of dying in the South than in the North

The authors found a slight chance that parts will return in the next ten years. But this is more likely to happen in the South than in the North. They estimated that rocket bodies are about three times more likely to land in Jakarta, Indonesia, Dhaka, Bangladesh, or Lagos, Nigeria, than they are to land in New York, China, or Moscow, Russia.

The probability of the risk is only going to increase

Until now, it hasn’t been thought that debris from satellites and rockets would likely hurt people on Earth’s surface or air traffic in the sky. Most studies of this kind of space junk have focused on the danger posed by broken satellites to other working satellites in orbit. Risks to people on Earth haven’t been factored into them.

Monica Grady writing for interestingengineering.com states as more people get into the rocket launch business, and the government hands it over to private companies, there will likely be more accidents in space and on Earth, like the one that happened after the Chinese Long March 5b was launched. The new study says 10 percent is a low estimate, so the 10 percent figure is a warning.

Preventing space junk from hurting people could be expensive

Many technologies could stop space junk from falling back to Earth, but they are expensive to use. For example, spacecraft can be “passivated,” meaning that unused energy (like fuel or batteries) is used instead of being stored when the spacecraft’s mission is over.

Choosing an orbit for a satellite can also make it less likely that it will become space junk. A satellite that is no longer working can be sent into low Earth orbit, where it will burn up.

How are the risks of space junk falling from the skies being mitigated?

Authors of the new study point out that these are just guidelines, not international law, and they don’t say how mitigation activities should be carried out or regulated in detail.

Steps that should be taken

The study says that improving technologies and planning missions more carefully would reduce the number of uncontrolled re-entry spacecraft debris. Uncontrolled rocket body re-entry is a collective action problem for all countries, and there are solutions, but every launching country must use them.

The authors want all UN states to sign a more robust and binding international treaty on space debris.

It remains to be seen whether there will be stronger cooperation in space between countries, as Russia is withdrawing from the ISS program, and there is a space race for military supremacy.