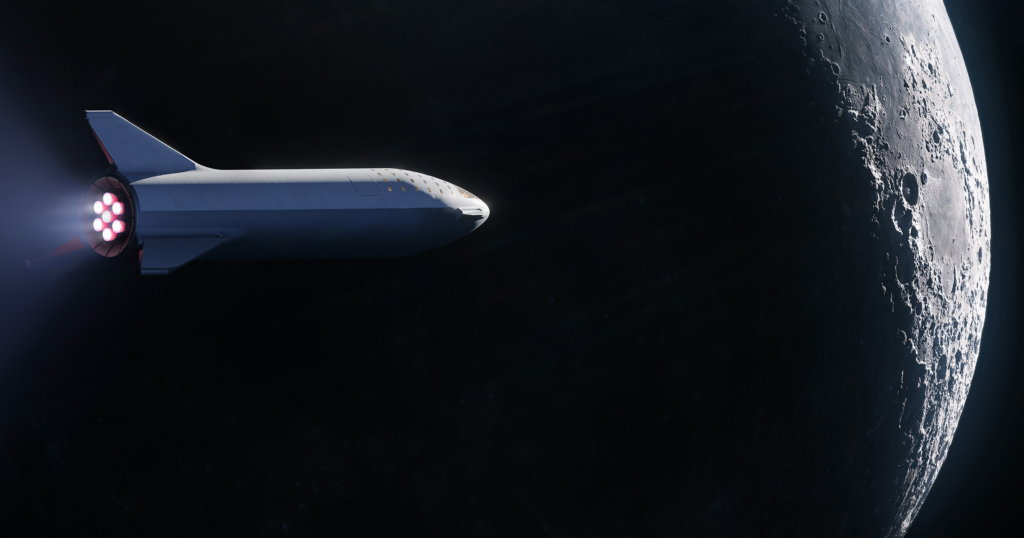 SpaceX is a company that likes to exceed client expectations. The services SpaceX offers to NASA with its Starship are no different.

For the Artemis program, NASA wanted a human landing system to deliver at least 865 kg to the lunar surface (the equivalent of the mass of two crew members and their equipment needed for a short stay). SpaceX wasn’t content to pitch just that; they offered NASA its Starship.

The Starship offered by SpaceX provides a solution that can deliver 100 metric tons to the surface of the Moon. It is more powerful than a Saturn V rocket and fully reusable. That is more than 100 times NASA’s baseline goal.

Has NASA thought about what all of that extra capacity means? Its layman equivalent is like NASA requesting the Robin Reliant car and SpaceX pitching them the Mercedes Benz Tourismo bus with its Starship. NASA was happy to go with the latter.

SpaceX engineer thinks NASA should begin thinking about what this increased cargo capability could tangibly mean for NASA. They need to think more significant than a couple of astronauts with a rucksack. They need to realize that kind of cargo would allow them to carry 100 Moon rovers or even 11 elephants into space with its Starship.

Matthews from SpaceX wants to inspire NASA to think bigger and have more inspiration about what they can do. SpaceX has removed the worry for engineers involved in space hardware design where they have in the past had to substitute hardware solutions weighing a few kilograms for lighter ones weighing a few grams. This has also influenced the kind of projects that could be undertaken.

Engineer Matthew is challenging engineers to think about the solutions they can develop when they have no mass and no volume constraint and is excited to hear back from NASA engineers who have ideas on how to use increased capacity.

Starship is very different from any capability NASA has ever had before. At most, the Apollo Lunar module could only bring about five tons down to the lunar surface. Matthews wants NASA to think bigger. NASA can now do a lot more on the surface of the Moon with a vehicle as capable as a Starship.

A new era of space exploration is about to begin

Planetary scientists such as Jennifer Heldmann believe Starship could open up the Solar System to a new era of exploration. Scientists think that NASA should utilize Starship’s increased capacity and have experimental payloads ready for the increased capacity of Starship.

If you have ever flown on a nearly empty plane, maybe you can relate to the sentiment that if NASA only planned to send a minimum of 865 kg to the Moon, there is enough cargo space left for over 99 tons. NASA is not utilizing the potential of all that it has.

We are not talking about some empty seats on a budget airline but wasted potential to prepare more astronauts and hi-tech equipment to be sent into space. It is estimated that each Artemis launch costs nearly 4.1 billion dollars per launch.

Matthews is right to inspire NASA that they should be preparing and planning how to use Starship’s extra capacity better.

The question is, what should NASA be putting aboard Starship?

NASA has many projects in progress that it could consider deploying research for, such as asteroid defense equipment, equipment to farm the Moon, and extract propellant from ice.