To Start your Toyota Car Remotely, You Need Subscription

if you want to start your Toyota remotely, it's going to cost you extra every month 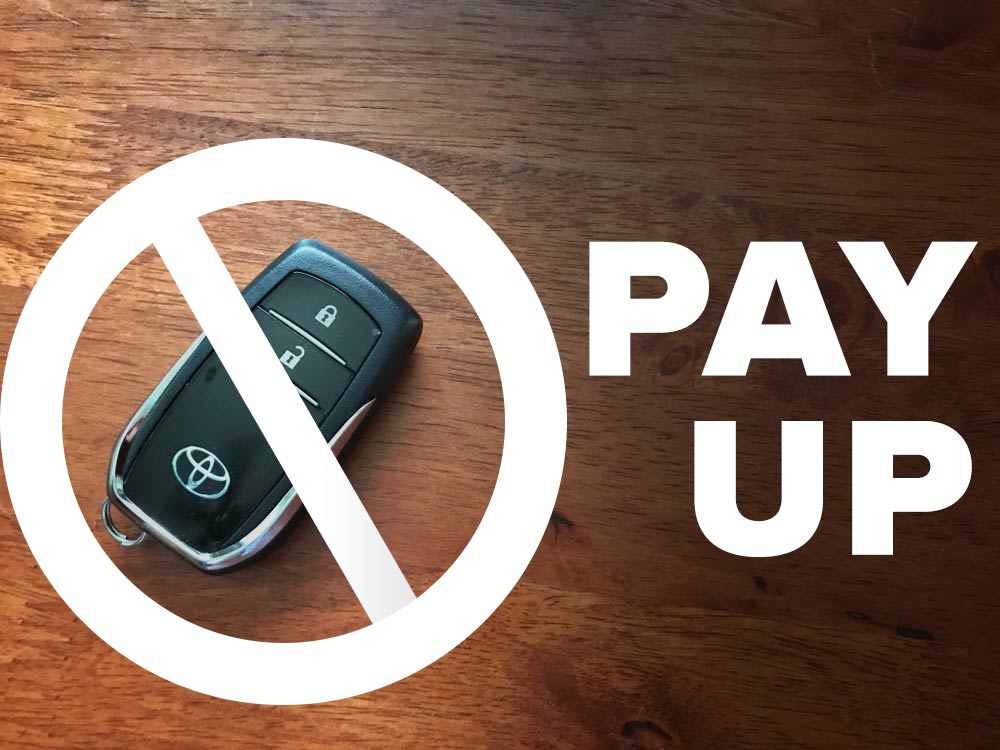 Want to start your toyota car remotely? Everyone knows Toyota is an innovative automotive manufacturing company. A market cap of $255 billion makes it one of the biggest vehicle makers in history, only behind Elon Musk’s electric vehicle startup, Tesla. But times are changing, and Toyota is charging drivers to use their key fobs to remotely start their cars.

All Toyota models from 2018 upwards will now require a subscription to support remote start functionality.

Various reports note that buyers will have the option to choose from several Connected Services when buying a brand new Toyota. Remote Connect is one of those services, and it will let you start your car using a remote service (an app).

Toyota offers two ways to remote start a vehicle. The first method, the fob – a chip in the key – sends radio signals to a chip in the car to ask it to start. It basically depends on having the fob chip, fob battery, and car chip in good working condition.

The second way is to use Toyota’s Remote Connect suite. This service primarily functions through a mobile or WiFi connection and includes remote start, finding charging locations, locating your car in the parking lot, and keeping the car secure.

You Can Try It Out Before You Buy

Like typical subscription services, Toyota offers a free trial of Remote Connect. However, the length of the trial varies with the audio package that comes with the vehicle.

But Toyota takes this dance to a whole other level by only allowing Audio Plus or Premium Audio support on select models. So, if a Toyota model you’re buying lacks these packages, you’ll not get a chance to try out Remote Connect.

In simpler terms, the remote start functionality of the key fob depends on the audio package that your car ships with. What this refers to is the proximity-based RF remote start system, where a driver can press a button on the fob to start the car when they’re not in the car.

The distance might be from a hotel lobby to your vehicle in the driveway on a biting cold morning. The fob uses radio waves to communicate with the car, requiring exactly zero connection to Toyota’s servers. However, the functionality will not work without the more encompassing Remote Connect subscription.

Despite the initial confusion over the potential future, the company made sure to clear the air by confirming that users will pay for remote start functionality once their free trial ends.

How Much Will it Cost?

Toyota is the first company to bill customers for full use of a physical key fob – an audacious move, according to many users. There are two options, including a monthly $8 plan and an $80 annual plan, at the Remote Connect plan’s present price.

What Will the Trial Include?

Buyers of new Toyota cars will have the option to try out the company’s Connected Services. It includes features such as app-based services such as remote vehicle unlocking and starting, emergency assistance, and hotspot connectivity.

Again, the type of vehicle determines the length of the trial and the audio package. Vehicles with Audio Plus get a trial of up to three years whereas vehicles with Premium Audio could get a 10-year trial. The subscription for the key fob’s remote starts begins as soon as the trial ends.

Does this Matter? A Trial Lasts 10 Years

Ten years is certainly a long time, but the average vehicle owner keeps it for up to 8.4 years, according to a study by iSeeCars. Interestingly, Toyota is the “longest-kept manufacturer,” with users holding on to their vehicles for 9 years.

But, cars are lasting longer too. The average age of vehicles on the road is 12.1 years old, so people are not doing away with new and used vehicles as quickly as they once did. Recessions might be to blame!

Another possibility is that a vehicle may change hands during the 10-year trial period. Imagine the remote start function deactivating after a buyer purchases a used Toyota with a Premium Audio subscription.

Will We See More Paywalled Features in Cars?

It’s common for luxury car brands to come with paywalled features. BMW’s 2018 Apple Car Play Feature was available to drivers for an annual subscription. That was after they had to part with a princely $300 to install the feature. That obviously had some untold implications as the German auto giant changed its mind on this just two years later.

But, BMW still asks that users pay to unlock features in a car. It’s similar to how you’d make in-app purchases in Temple Run or another application you downloaded from an app store. In BMW’s case, these pay-to-unlock features are called in-car microtransactions.

The Porsche Taycan electric car has a system called Functions On-Demand. Drivers can use it to purchase new, optional features such as Active Lane Keeping or Dynamic Light System Plus for their Porsche.

Cadillac on the other hand, bills users $25 monthly after the free trial ends to continue using Super Cruise, its hands-free driving mode. Due to chip shortage, however, this feature is temporarily unavailable in newer Escalades.

It’s obvious that carmakers are increasingly exploring Software-as-a-Service or SaaS models to earn that extra bit of money, no matter how small. It remains to be seen if Toyota’s experiment will crumble or be the model that other automakers will come to emulate. Until then, prepare to spare a few coins to access the remote key fob functionality.

Consumers enjoy good features in vehicles, but many believe those features should never be tied to a subscription. In Toyota’s case, it marvels would-be buyers that a physical key fob that does not even need to talk back to Toyota, but communicates directly with the vehicle using radio frequency, would need a subscription? There’s every chance that Toyota is pushing this too far, don’t you think?