The Stinger has been in service since 1981 but it's time to replace it with a weapon more suitable for the 21st Century. 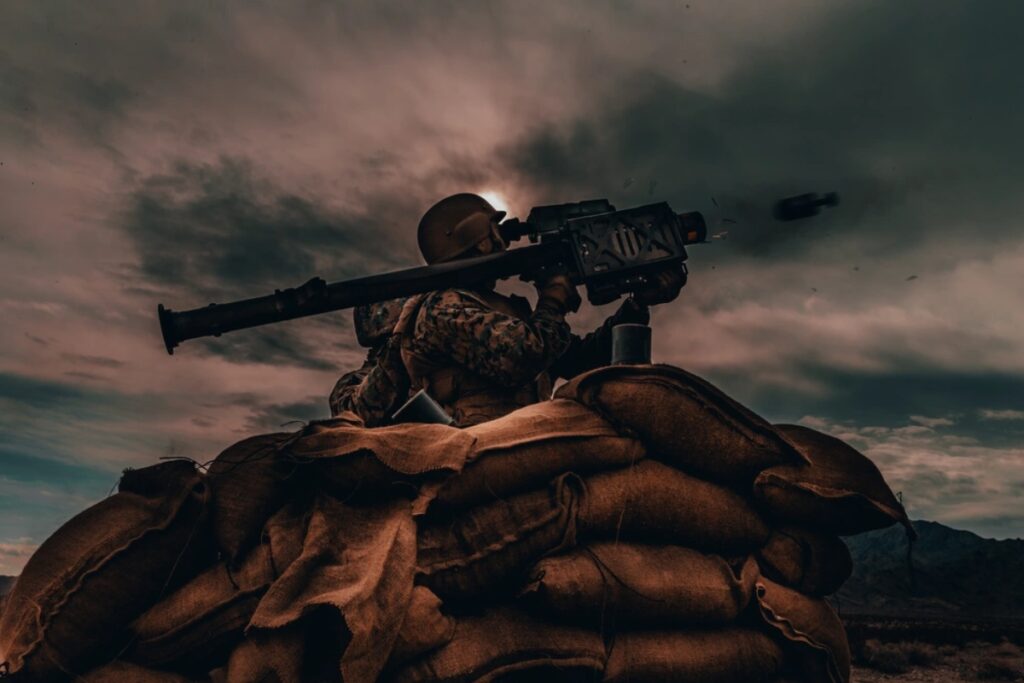 The U.S. military is currently developing new alternatives to replace the Stinger missile, and although it has been so effective and deadly in recent wars, it has been in service for over 40 years – and new technologies are increasingly being developed to counteract its effectiveness.

In addition, the emergence of drones is complicating things even more as the Stinger wasn’t specifically designed to stop drones although the latest iteration of the stinger can be equipped with a proximity fuze that detonates when it flies past small targets like drones.

But with the ever-evolving drone technology that soon won’t be enough.

That’s why it is important to quickly obtain a missile that can replace the stinger with its same lethality for future warfare.

The FIM-92 Stinger is a man-portable air-defense system (MANPADS) that was initially designed by General Dynamics for the U.S. armed forces.

The beginnings of this missile date back to 1967, when the Army was looking to replace the FIM-43 Redeye. It was a huge success due to its fire-and-forget missile that incorporates a passive infrared seeker to track its aerial target, and it emits no radiation that a target aircraft can detect.

It entered service in 1981, and now, this missile is an essential part of the U.S. military and dozens of countries such as Ukraine, the Uk, the USA, Israel, Germany, Finland, Japan, among others.

The Stinger has the following specifications:

Its replacement must be highly effective against drones

In 2022, the Stinger inventory is in major decline as part of its stock was given to Ukraine to help it withstand Russian aircraft. Additionally, its reprogrammable microprocessor (RMP) will be outdated in 2023.

For this reason, the military sees it as a key moment to replace it, and the new prototype is expected to enter production by 2027. But, it’s still too early to know what design and weapons the new MANPADS could carry.

Some experts claim that a conventional missile could be very effective against aircraft. Still, the inclusion of lasers could be a big leap forward as it would be suitable to face drones, whose technology is expected to increase.

Some of the options include a 50-kilowatt class laser or high-power microwave weapon to shoot down small drones, which would complement the Stinger capabilities substantially.

So, it is believed that the ideal replacement would use conventional missiles along with high-power microwave weapons to shoot down any threat in the air.

Beating the stinger is not going to be easy

Since Russia’s invasion of Ukraine started, an unknown number of Russian helicopters and combat aircraft have been shot down by Ukrainian forces with Stinger surface-to-air missiles.

This has brought the Stinger back to fame after being deployed with considerable success by the mujahideen guerrillas in Afghanistan to fight against Russia in the 1980s.

Now, in the Ukrainian war, this missile has turned into the most potent weapon to take out the powerful Russian aircraft… and sometimes tanks.

For this reason, its replacement will have to demonstrate very advanced capabilities.

The system must be deadlier, have an improved tracking system, superior range, networking capabilities, and the possibility of being integrated with a vehicle or be carried by a soldier.

The Stinger replacement will have to display breathtaking features

The Stinger missiles have marked an era and have shot down hundreds of aircraft throughout its history – and surpassing that record will not be easy.

That’s why the military will make sure that the next weapon has all the capabilities of the Stinger, along with the added bonus of being able to shoot down drones or any other threat that arises in the coming years.