First Stray Black Hole Spotted, Could an Undiscovered One Be Heading Our Way?

Using space telescopes such as Hubble, it may eventually become more straightforward for astronomers to track the movement of black hole event horizon using new microlensing observation techniques. However, these events can be confused with moving neutron stars. More research is needed. 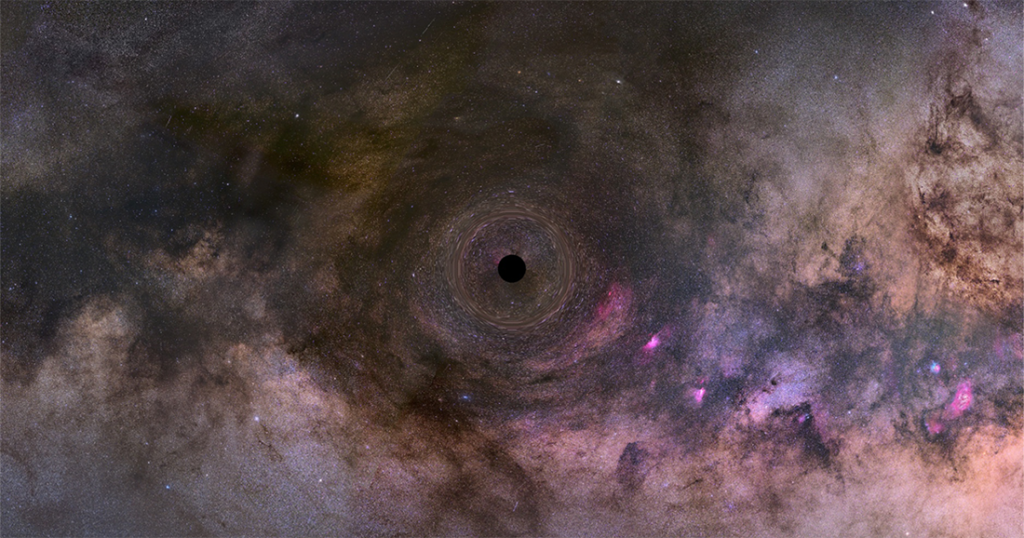 According to CNET, researchers think they may have discovered the first-ever wandering black hole thanks to their inventiveness and the accuracy of measurements made available by the Hubble Space Telescope. These astronomers say it’s about 5,153 light-years away from the Earth.

However, only a few months ago, it was widely shared on the internet that two supermassive black holes are set on a collision course towards each other.

Let’s investigate these researchers’ claims a bit further. What do they mean that they may have discovered the first-ever wandering black hole thanks to their inventiveness?

Astronomers are using the Hubble Telescope

One of the differences between these researchers’ claims and the research was previously made by other researchers that claimed two black holes were moving on a collision course is that these researchers are using the Hubble telescope, which is located in space.

The Hubble telescope has four key advantages over most other optical astronomical facilities: an unmatched level of angular resolution over a large field, spectral coverage from the near-infrared to the far ultraviolet, a very dark sky, and very stable images that allow precise photometry.

Using the Hubble Telescope to discover them, these astronomers turned to another property of black holes: the ability to distort space. The warping of space caused by the passage of a black hole between Earth and a distant star causes starlight to be diverted and then magnified initially. This phenomenon, known as gravitational microlensing, can be captured by telescopes staring at the sky for such events, including the Hubble Space Telescope.

Observing black holes is a process that requires patience

According to NASA’s Hubblesite, a lensing event can last up to 200 days depending on the black hole’s gravity. The precision measurement sensors on the Space Telescope are then tasked with measuring the deflection of the background star’s light.

Since 2008, Jessica Lu, an associate professor of astronomy at the University of California, has been researching free-floating black holes. Shet discovered photometric data from two microlensing surveys, one from a 1.3 m telescope in Chile called Optical Gravitational Lensing Experiment (OGLE) and the other from a 1.8 m telescope in New Zealand called microlensing Observations in Astrophysics (MOA).

Because both of these observations were of the same object, it was abbreviated to OB110462 rather than utilizing a separate designation assigned by each of the viewing telescopes. The researchers had astrometric or positional data of the incident after the Hubble Space Telescope viewed it, which they investigated further.

What did the scientists discover?

The lensing of OB110462 was caused by a dark compact object over roughly 300 days, according to the data. According to a UC Berkeley press release, the astrometric data also revealed that a change in the star’s position due to the gravitational pull of the lens was noticed even a decade after the incident. Lu and her colleagues calculated that the lensing object has a mass of 1.6 to 4.4 times that of the Sun.

It may not have been a moving black hole after all?

It is possible that what they have observed is a neutron star, as astronomers believe a dead star must have at least twice the mass of our Sun to become a black hole.

Neutron stars are considered to arise when the remnant of a big star collapses gravitationally following a supernova explosion when the star’s mass isn’t big enough to produce a black hole. A neutron star has a relatively small radius of around 18 miles (30 km) and a very high density, mostly tightly packed neutrons.

Neutron stars are the densest solid stuff in space, whereas dark objects aren’t. Even though neutron stars aren’t the most brilliant due to their size, they are much brighter than black holes. Neutron stars do not trap all of the light that passes in their vicinity, but black holes do.

According to Hubblesite, another team of researchers led by Kailash Sahu at the Space Telescope Science Institute in Maryland examined Hubble’s data for the event. They concluded that the black hole is traveling at 100,000 miles per hour (160,000 kilometers per hour), faster than its neighboring stars. According to Sahu’s team, the object’s mass is seven times that of the Sun, indicating that it is unmistakably a black hole.

Astronomers have never seen a single unpaired star before, as star-sized black holes have previously been discovered as binary systems. When further Hubble Space Telescope observations arrive this fall, more light will be thrown on this.

Hopefully no rogue black hole is travelling our way if it were humanity couldn’t do absolutely nothing about it, but wait for our inevitable demise in the black hole’s crushing gravity.