Latest Study Refutes 10,000 Steps per Day; This Is How Much You Should Be Doing

The long-standing belief that you should be doing 10,000 steps per day was over-blown. 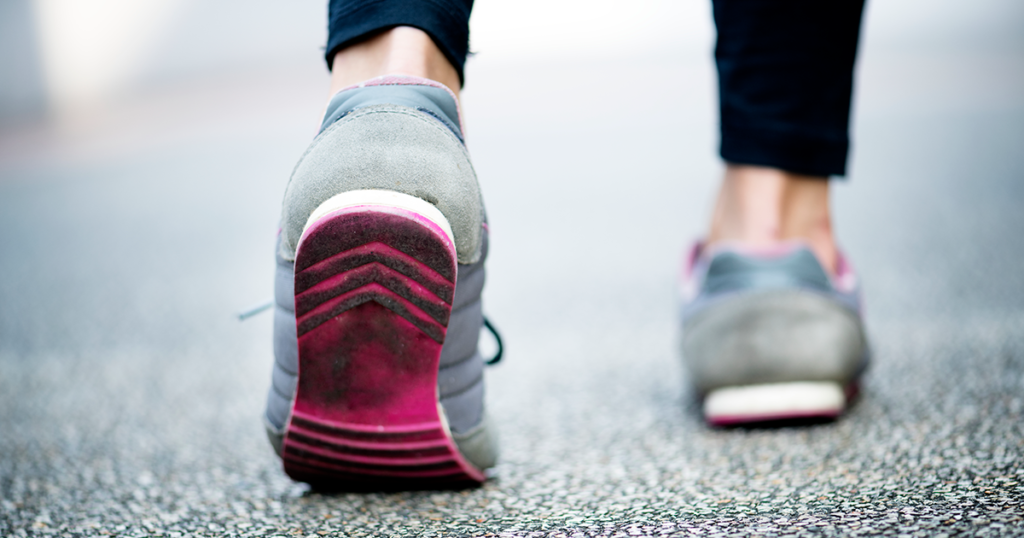 Doing 10,000 steps daily is surprisingly one of the general misconceptions of a healthy lifestyle. Although it’s being glorified as commonplace wisdom these days, there has been ongoing research in recent years to prove
this may not always be the case. In 2018, an article published in The Guardian by David Cox flagged the idea as built on bad science.

On the other hand, the 10,000 steps per day has some (if not a lot) merit. Treating the 10,000 steps as something designed to make sedentary people exercise more. At any rate, it’s evident that the whole 10,000 steps idea is flawed, and we need to know what’s real, or at least the closest number backed by science.

After comparing the results from 15 other studies (analysis of multiple different studies is called a meta-study) with the results from examining data on thousands of individuals across Asia, Australia, Europe, and North America, the team of researchers arrived at the rather unexpected result; rather than 10,000, the optimal number of steps per day is more or less closer to 6000.

While this current result is dependent on the age of the individual concerned, anything outside the range of 6000 is less likely to lower your chances of all-cause mortality by much.

Amanda Paluch, an Epidemiologist at the University of Massachusetts Amherst, commented on the result, saying, “So, what we saw was this incremental reduction in risk as steps increase, until it levels off, and the leveling occurred at different step values for older versus younger adults.”

Why is walking such a great excercise

Humans are naturally designed for walking. Our evolution has been the perfect catalyst, enabling us to trek long distances. Our physiology allows us to expend heat and avoid getting burned out as we walk through vast landscapes.

Thus, a good hike once in a while is great for our mental health, translating to metabolic and cardiovascular fitness. As such, we should always consider going on a stroll regardless of having a tight schedule.

Fortunately, technology has been instrumental in developing tools to make exercising a lot easier. We can now keep track of the number of steps taken per day, allowing sedentary individuals to evaluate their progress and ultimately draw inspiration from the progress of others.

After the Tokyo Olympics in 1964, the Yamasa Clock Instrument Company devised a strategy to capitalize on the attention that comes with the global event. They ended up creating a pedometer which they named “Manpo-Kei,” which means 10,000 in English.

Now, you would wonder why 10,000. It’s just a round number that rhymes and is often seen as a reasonable goal for anyone. However, it doesn’t come with any scientific backing, which is quite funny considering how well it’s been carried through all the years.

Perhaps, using a round number that everyone can relate to is what everyone needed. Paluch commented on the issue, saying, “It’s such a clear communication tool for public health messaging.”

However, people who can get discouraged from seeing huge numbers can appreciate knowing the actual number.

In 2021, Paluch and her research team investigated the effects of walking on the lifespan of humans. They used a sample size containing over 2000 middle-aged people in the US. In the end, results from the study show that taking a minimum of 7,000 steps a day can reduce the likelihood of premature death up to 70 percent.

These results ultimately beg for answers to the question, “does taking more walking mean a longer lifespan?” In response, the research team sought to extend their coverage by including results from previous research studies.

Consequently, an updated result containing a recent meta-analysis was published. This one update, unlike the former, included step-count records of over 47,000 adults from four continents. It was seen that 25 percent of adults with higher step-counts had a 40-53 parentage lower chance of mortality when compared to the other 75 percent with lower step-counts.

Also, when it came to adults above 60-years, the reduced mortality rate flattened after 6,000 to 8,000 steps per day. It was clear that although having step counts more significant than this have other benefits, increased lifespan is not one of them.

Although the research suggests that having step counts greater than 8000 per day can benefit younger individuals, there isn’t any evidence that it’ll help extended lifespan.

When the issue concerning the rate of steps taken came up, the research team asserted that volume is the only critical factor we should consider.

On the issue, Paluch commented, “The major takeaway is there’s a lot of evidence suggesting that moving even a little more is beneficial, particularly for those who are doing very little activity.”

Getting involved in extended workouts will ultimately benefit our bodies without necessarily increasing our lifespan.

For young adults, getting 30 minutes of vigorous workout daily is ideal for our overall health. At the same time, simple weight lifting can be of great help to the oldies. Needles to remind us that exercises can stimulate our brains and metabolism.

All in all, setting a minimum target of 6000 steps per day can put you on the right track to a healthier and better quality of life.