A recent study suggests that the collapse of several ancient civilizations may have been caused by now extinct pathogens and not climate change, as previously believed. 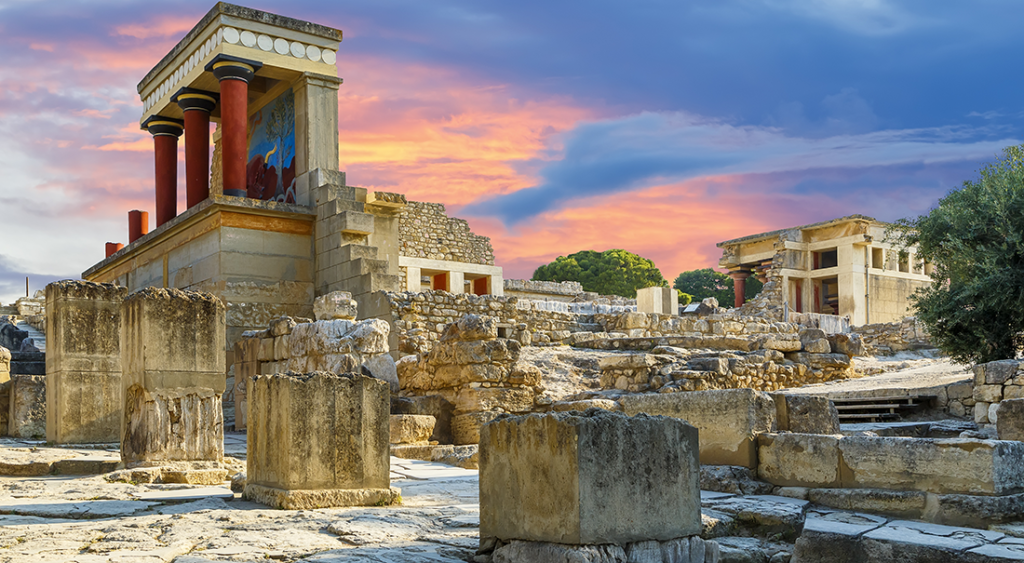 Many Bronze Age civilizations in the Eastern Mediterranean experienced a marked decline at roughly the same time – thousands of years ago.

When the civilizations Akkadian Empire and the ancient Egypt Kingdom collapsed, there was a widespread societal crisis in the Ancient Near East and the Aegean. The crisis resulted in profound cultural changes, destruction, and a decline in trade.

Climate change and shifting allegiances were blamed as usual for the decline of these once great civilizations. But researchers have recently discovered a new culprit in certain ancient bones.

The Max Planck Institute for Evolutionary Anthropology in Germany, under the direction of archaeogenetics Gunnar Neumann, found genetic evidence of bacteria that caused two of the most common diseases in human history, plague and typhoid fever. The diseases were found in the remains excavated from an ancient burial site on Crete, in a cave called Hagios Charalambos.

Some factors contributed to the socio-economic shifts

According to the researchers, many variables, including the widespread illnesses brought on by these pathogens, contributed to the enormous socio-economic shifts of several civilizations that took place between 2200 and 2000 BCE.

According to the report, the discovery of these two dangerous pathogens in Crete at the end of the Early Minoan period “emphasizes the necessity to re-introduce infectious diseases as an additional factor possibly contributing to the transformation of early complex societies in the Aegean and beyond.”

Tens of millions of deaths have been attributed to the bacterium Yersinia pestis, most of which happened during three horrifying worldwide pandemics.

It has been difficult to gauge the disease’s impact before the Plague of Justinian, which started in 541 CE, despite the disease’s historically disastrous nature.

Some of the lost histories that were buried, like the recovery and sequencing of ancient DNA from old bones, are now being revealed, thanks to recent scientific and technological advances. For instance, we now believe that the bacterium has been spreading among the people as far back as the Neolithic period.

According to studies released last year, a Stone Age hunter-gatherer most definitely succumbed to the plague thousands of years before there was confirmation that the sickness had spread to epidemic levels.

But the genomic data that had been found up until that point came from colder climates. Due to DNA breakdown at higher temperatures, less is known about its effects on ancient societies in warmer regions like the Eastern Mediterranean.

Neumann and his team began digging through bones found at a Crete Site known for its exceptionally stable and cool conditions.

They gathered DNA from the teeth of 32 individuals who died between 2290 and 1909 BCE. It was anticipated that the genomic data would show the presence of many common oral bacteria.

The presence of Y. pestis in two people and two Salmonella enterica lineages – a bacterium responsible for typhoid fever – in two others is least expected. These findings suggest that both illnesses may have been infectious and existent in Bronze Age Crete.

But there is a condition

Since all of the detected lineages are now extinct, it is more difficult to evaluate how their infections may have affected communities.

The capacity to spread via fleas was one of the traits that made other Y. pestis lineages highly contagious in human populations. This is probably not achievable for the lineage of the bacteria they uncovered.

Humans become infected when the bacterium enters their lymphatic system by a flea bite, which is how the bubonic plague is transmitted through the flea vector. Thus, this old strain of the bacterium’s distinctive transmission mechanism could result in a new plague type, like the pneumonic plague, which is disseminated through aerosols.

The researchers also asserted that the S. enterica lineages lacked essential traits that contribute to severe disease in humans, leaving the virulence and means of transmission of these infections unknown. The infections spread like wildfire through ancient civilizations due to a lack of knowledge regarding preventing their spread.

However, the finding indicates that both viruses were present and may have spread fairly wildly in areas of Crete with high population densities.

The researchers concluded in their study that infectious diseases should be taken into account as a further contributing factor in light of the [ancient] DNA evidence revealed here – maybe in interaction with climate and migration, as has previously been indicated as the most probable reason of the ancient civilizations’ decline.

While unlikely to be the only cause of the societal changes seen in the Mediterranean civilizations towards the end of the third millennium BCE, Y. pestis or S. enterica may have played a role.

Since they do not leave traces on bones, diseases like the plague and typhoid are rarely mentioned in the archaeological records.

The research team believes that a more complete DNA examination of more archaeological remains from the Eastern Mediterranean could shed insight into how much these diseases harmed the civilizations that formerly called that region home. The research has been published in Current Biology.