Study Suggests That Being ‘Hangry’ Is Indeed a Real Thing

Research shows that being 'hangry' is not all in your head. 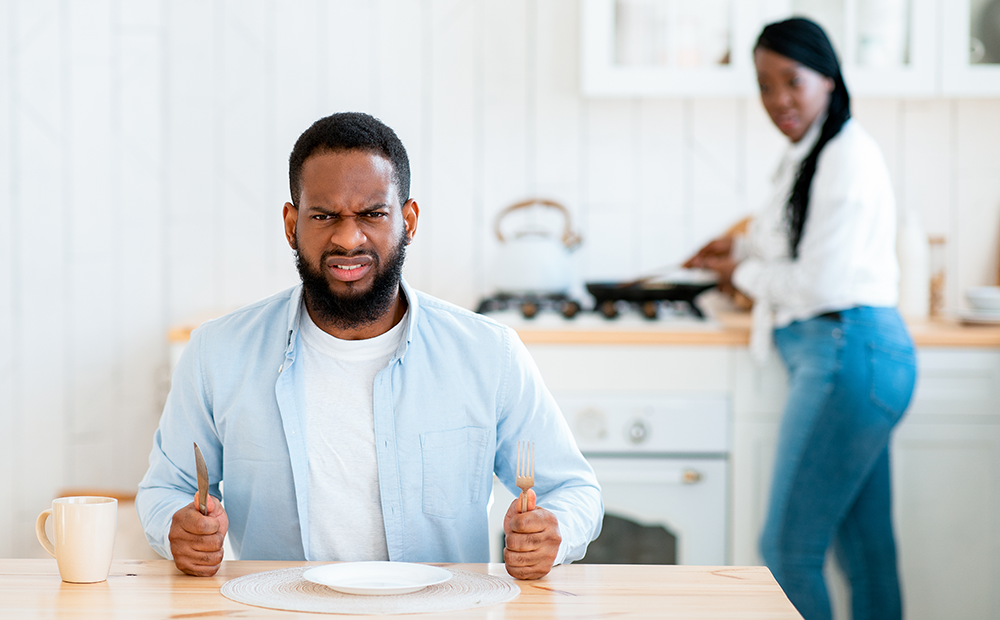 If you are the type that gets angry if you have not eaten, a situation that is referred to as “hangry,” a new study says you are not being irrational. The term hangry, which combines hunger and anger, has long been used in everyday speech. It was coined in 1918 to illustrate anger or irritability due to being hungry. And now, there is some scientific basis behind the term.

New evidence from European researchers supports the notion that the feeling of hunger is related to negative emotions. Researchers from Austria and the UK completed the groundbreaking investigation. They used Smartphone technology to investigate the daily interactions between hunger and emotions. The context in which people may feel hunger could also exert an unconscious influence on emotions and behaviors. The findings were published in the peer-reviewed journal Plos One on Wednesday.

To understand the connection between hunger and anger, researchers gathered 121 adults from Germany, Austria, and some other countries to complete some short surveys about their emotions and hunger pangs via a smartphone app. Only 64 participants completed the study. The participants’ ages ranged from 18 to 60, and 81.3 percent of the sample comprised women.

The participants were made to download an ESM smartphone app to input their data and guarantee anonymity. Using the experience sampling method (ESM), the researchers asked participants to respond to quick surveys five times per day for 21 days. This was intended to document real-time accounts of how hunger and emotional well-being were experienced.

The researchers also looked at their eating habits by asking participants to complete a questionnaire after the study. The questionnaire inquired about their eating patterns over the past three weeks, including emotionally triggered eating, food consumption motivated by watching others eat, and restrictive eating.

The lead author of the new study, Viren Swami, Ph.D., a professor of social psychology at Anglia Ruskin University in Cambridge, England, told TODAY via email that the new research “reveals that being hangry is real.” Higher degrees of wrath, annoyance, and less pleasure are all associated with hunger.

The most plausible explanation, according to Swami, is that when we’re hungry, “we’re more prone to have negative emotions because we’re more likely to interpret contextual cues negatively.” Although there have been some lab studies of “hanger,” Swami explains that this is the first study to examine the phenomenon in the actual world.

The researchers discovered that low pleasure feelings, irritation, and particularly anger are all closely related to hunger. These connections remained significant even after differences in age, sex, BMI, dietary habits, and personality factors were considered. In other words, our level of hunger appears to impact how angry we feel.

According to social psychologist Viren Swami of Anglia Ruskin University in the UK, “Many of us are aware that being hungry can influence our emotions, but surprisingly little scientific research has focused on being “hangry.”

The fieldwork was overseen by Dr. Stefan Stieger, a psychology professor at the Karl Landsteiner University of Health Sciences in Donau, Austria. He says, “We can produce extensive data through the study in a way that is not possible with standard laboratory-based research.”

Swami claims that you’re more prone to interpret potentially unfavorable contextual cues as negative when you’re hungry. According to him, these indications may include feeling hot or getting bumped by others in a busy area.

Additionally, the researchers discovered that individual daily fluctuations in eating patterns and patterns averaged across several days could be associated with bad moods. “Hanger” is a feeling that might linger for a while.

The team deems the connection between hunger and rage “strong,” even though the study depended on the participants’ subjective reports of how hungry they felt at particular moments.

According to psychologist Stefan Stieger of the Karl Landsteiner University of Health Sciences in Austria, “the research findings provide a much more complete picture of how people experience the emotional outcomes of hunger in their daily lives.”

Other animals have also observed the same type of “hangry” behavior. Scientists are working hard to understand the biological, psychological, and environmental cues responsible for the association. Although previous research has revealed that our propensity to get “hangry” may be related to low blood sugar levels, the exact reason why hunger causes irritability and anger has not yet been determined.

The team contends that even if it’s just a matter of identifying what’s happening within our bodies, learning more about how these feelings and emotions emerge concerning the contents of our stomachs would ultimately help us control them better.

Therefore, a greater understanding of being “hangry” should lessen the possibility that hunger leads to unfavorable feelings and actions in people.

One thing the present study cannot establish, according to Carnell, is that hunger is the root of the rage. It can only imply that there is a connection.

According to Dr. Debra Safer, an associate professor in the department of psychiatry at the Stanford University School of Medicine, becoming angry when you’re hungry may have had evolutionary advantages. She suggested that aggressiveness can push you to look further when food is scarce.