The Sukhoi Su-35's specs make it look like a reasonably modern aircraft with excellent capabilities. But, it has certainly not been up to the task in the Ukrainian skies. 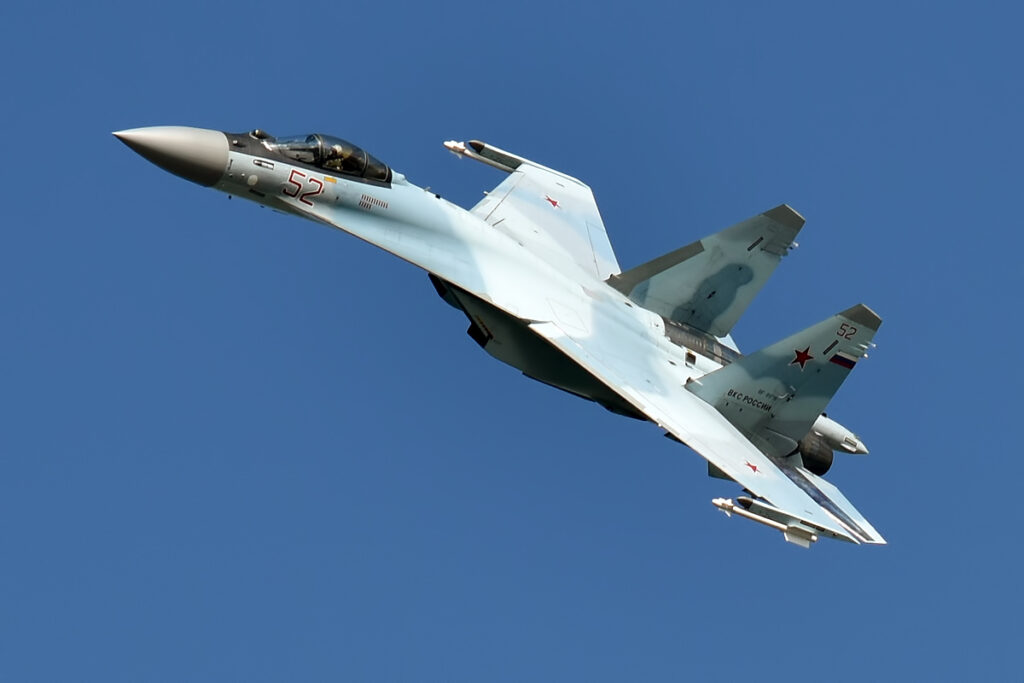 Russia has lost two squadrons of its top-of-the-line Sukhoi Su-35 fighter jets during six months of the War in Ukraine, according to reports.

And this is a massive blow to the Russian military, which has been relying on the Su-35s as one of its best fighter jets.

The Sukhoi Su-35 is a Russian multi-role fighter that first flew in 1988. It is a derivative of the Sukhoi Su-27 and was designed to compete with top American aircraft such as F-15, F-16, and F-22.

It is one of the most sophisticated planes in the Russian military’s arsenal, with a top speed of Mach 2,25 and a range of nearly 3,600 kilometers (2,200 miles). It is equipped with an array of air-to-air and air-to-ground missiles and can carry a payload of up to eight tons.

However, its wartime performance has been well below expectations, and it has been quite vulnerable to other aircraft and surface-to-air missiles.

The loss of the two Su-35 squadrons accounts for about 24 of these aircraft lost – and it will likely have significant implications for the country’s defense in the coming years if the war is extended.

Not that you’ll ever make them in respectable numbers anyway, but it would be the final nail in the already well nailed coffin for that project.

I mean, the Su-35 is supposed to be ‘cutting edge’ isn’t it?! pic.twitter.com/yfEf8nUu0t

The Sukhoi Su-35 is a capable fighter jet, but it’s not as good as its American and European counterparts. One reason for this is that the Su-35 uses an older engine model, which gives it lower performance figures than newer jets.

Additionally, the jet’s avionics are not as advanced as those of its competitors, and it lacks some of the latest sensors and countermeasures.

Russia is taking too long to produce modern aircraft like the Sukhoi Su-57 that will probably replace the aging Su-35. However, the Su-57 is still in the early stages of development, and it has yet to undergo extensive testing.

Similarly, more modern aircraft like the Su-75s are only a dream for the future. So, Russia had to manage the war with the Su-35, which was not as effective as stated on paper.

The country is under sanctions, but it also has loitering shells and drones!

Iran’s Shahed-136 “Kamikaze” drones. These loitering munitions are launched in a kind of multiple-launch/drone-swarming format. [2160×1215] pic.twitter.com/jFFhJl72C7

However, Russia is looking to get rid of some Su-35s and has offered to exchange its Su-35 fighter jets for Iran’s Shahed drones.

The Shahed drones are considered to be reliable, and they would be a valuable addition to Russia’s military arsenal to attack Ukrainian positions being overlooked by the radars.

It would be a significant increase in firepower for Russia, and Iran could modernize its outdated air force fleet.

It can also carry up to 8,000 kilograms (17,630 pounds) of bombs and missiles for ground attacks. In addition, the Su-35 has numerous countermeasures to defend against enemy missiles, including infrared jammers and chaff dispensers.

The Su-35 has been the top aircraft on paper – but on the battlefield, it has performed poorly

The aircraft performance has not been as expected and will undoubtedly affect the orders that Russia may have from other countries interested in buying the Sukhoi Su-35 in the future.

In addition, Russia will have to face the rest of the war with an aircraft that performs poorly on the battlefield, and pilots who know they are probably going to certain death in a war that makes little sense to them.