A basic survival kit could mean the difference between life and death. 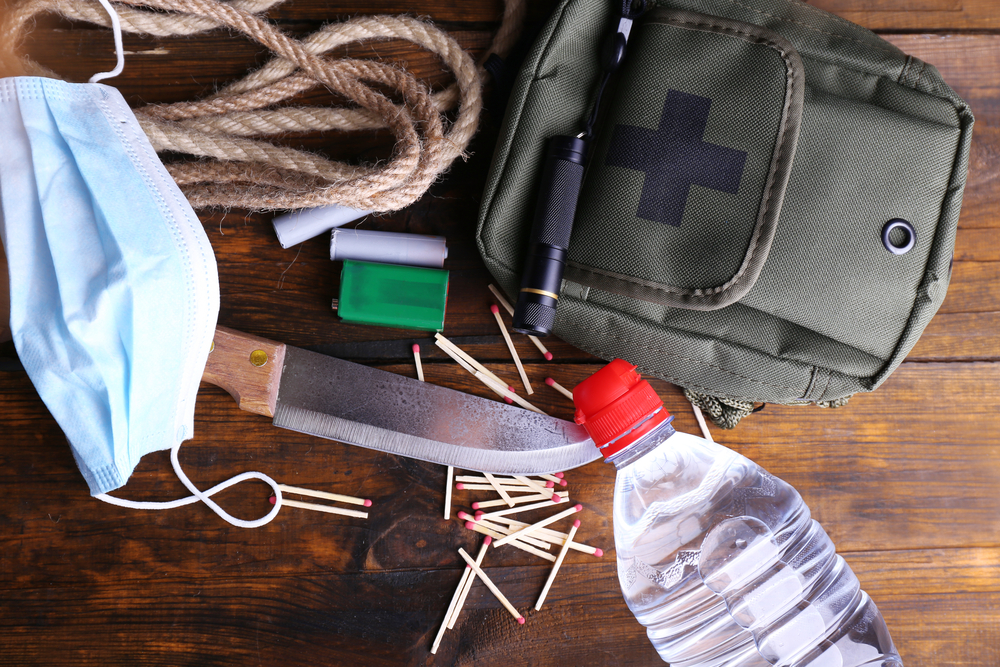 The first world war took place between the central and allied powers. The second world war took place between the axis and allied powers. (Tactical Survival) Short skirmishes between nations always carry a risk of being turned into a full-blown war. The third world war could very well be happening right now or it could happen anywhere in the Indo-pacific, middle east or Europe in the near future.

As the saying goes- The best preparation for tomorrow is doing your best today. Only if we are prepared, we will be able to survive a possible 3rd world war. We humans have got several achievements in the field of technology and science and a hypothetical 3rd world war could show significant use of these technologies like the Artificial Intelligence. In order to survive the aftermath, we ought to be in possession of some special tactical survival gears and gadgets, that will save several precious lives.

Do you remember in the Big Bang Theory, Sheldon Cooper had an emergency evacuation survival bag prepared as recommended by the Department of Homeland Security (DHS)? Well, the DHS does recommend building a disaster supplies kit comprising of items like water, food, local maps, whistle etc. Human body can survive for 8 to 21 days without food and water and up to two months if there’s access to an adequate water intake.

In 2020, the COVID-19 wreaked havoc and by spring of the year, the Centers for Disease Control and Prevention (CDC) recommended people to include additional items in their kits to help prevent the spread of coronavirus or other viruses and the flu.

According to World Health Organization (WHO), masks are a key measure to reduce transmission and save lives. If someone is infected with the virus and they don’t know about it, a mask is very good at keeping their respiratory droplets and particles from infecting others. Soap molecules, not only can they pierce the virus, but also surround and trap it in a micelle. An effective hand-sanitizer should have an ethanol component of 60-85%. Also, in case of a war, things like masks can protect us from dust particles or air pollution.

Now if you have a mobile phone, chances are higher that you would have both of them on your phone. But in a situation like war, having a separate compass is considered apropos. Also, with development of Anti-satellite weapons (ASATs), any satellite in the outer space can be taken down by an enemy nation, thereby disrupting the whole GPS system.

A radio is not just a source of entertainment, it is also a good source for disseminating important and useful information to people during the time of a war or disaster. In the words of Warrant Officer 2 (WO2) Paul Jones, of Merthyr Tydfil, from 1st The Queen’s Dragoon Guards, “without it you can’t ask or tell somebody to do something and that’s vital”.

The Nazi Germany was defeated by the soviet troops in the 2nd world war. You know why? Because they were not prepared for the harsh Russian winter. A lighter/match box can be used to generate fire and heat up our bodies, also fire can be generated to give specific signals to rescuing parties during war time.

During war time, comfort of your bedroom is not guaranteed. You might even have to sleep on the streets and having an emergency sleeping kit would ensure you protect yourself from a harsh weather.

A tool which can do literally everything from defending yourself against the marauders to chopping wood!

With the sharp fall in their prices, mini drones can be used by someone who is stuck at some place without physically going out. You never know from where can a bomb or missile hit, so a drone being just a machine can do the job for you!

During war time, incessant power supply is not guaranteed and rampant power failures are common and that is where the role of batteries become very important. During emergency situations in the US, WEAs are sent from cell towers to any WEA‐enabled mobile device in a locally targeted area. One can only receive these updates if their smartphone is fully charged.