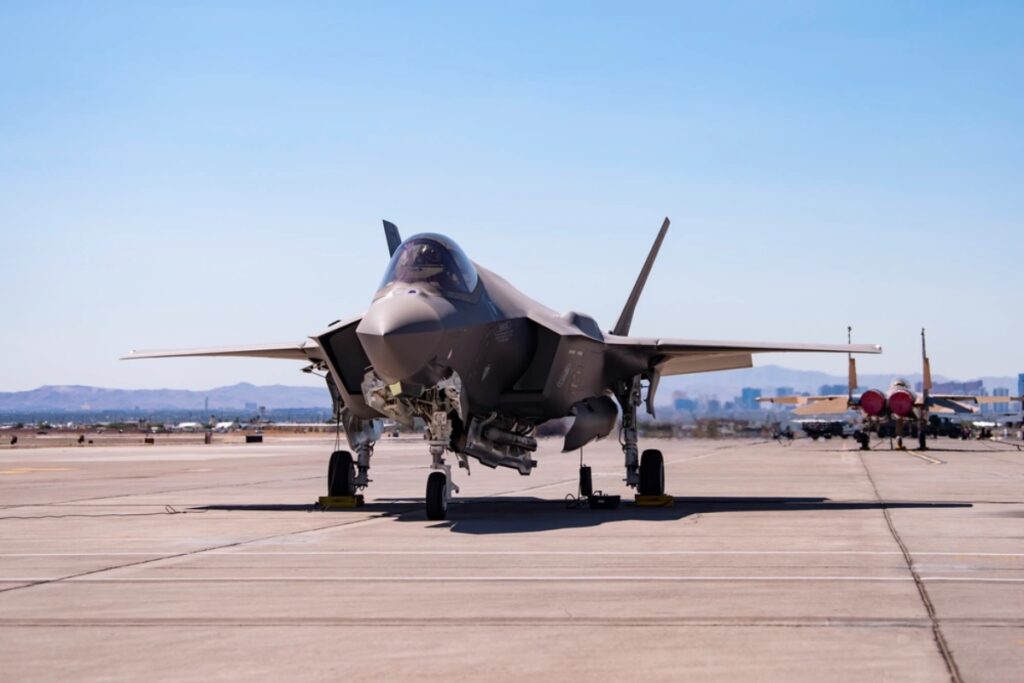 The F-35A is the Conventional Take-Off and Landing (CTOL) version of the F-35 – and now, it can deliver nuclear bombs as well as conventional munitions.

Actually, two F-35A aircraft recently released B61-12 nuclear-capable bombs, giving the F-35A a dual strategic capability that will be a perfect deterrent for military powers such as China or Russia.

The dual capability of the F-35A

The F-35 is a single-seat fifth-generation fighter-bomber that can perform close air support and tactical bombing.

And since 2023, the F-35A will be capable of carrying nuclear bombs in addition to conventional weapons. This is not a small thing since it’s an aircraft that costs around $100 million per unit, and it’s currently the flagship project of the USAF to supply not only the US but its entire NATO allies.

But, first, the F-35A must achieve its nuclear strike certification. After the approval, the US and its NATO allies will get a fighter capable of attacking targets with nuclear weapons without being detected before it’s too late to respond, making it an extremely effective nuclear deterrent.

Particularly, the USAF is testing the F-35A to ensure that it can deliver the B61-12 thermonuclear bomb.

By starting the integration of the B61-12 nuclear munition on the F-35A, this aircraft will provide NATO a stealthy nuclear strike flexibility it didn’t have as the  B61-12 is very accurate, and can even penetrate concrete bunkers.

European countries that were typically neutral in the latest global conflicts, such as Germany, Finland, and Switzerland, are placing orders for more units of the F-35.

For example, Finland, which shares an extremely long border with Russia, relies on itself to protect its territory since it’s still not a NATO member. That’s why the Finnish government placed an order for 64 F-35 aircraft from Lockheed Martin for a staggering $9.4 billion.

And now that Russia is threatening Finland on an almost daily basis, Finland will seek a quick way into NATO membership to prevent a Russian invasion of its territory.

The fight between Russia and NATO seems to be just beginning

NATO might expand its power in Europe while Russia is trying to keep NATO away from its borders.

And now that more countries feel threatened by a Russian invasion, NATO will probably seek to incorporate more members to debilitate Russia even more and have more influence in Eastern Europe.

Meanwhile, NATO will keep distributing its F-35A to its European members to limit Russian military advances.

In any case, because of the massive US conventional firepower, it’s very unlikely that NATO would use nuclear weapons in an F-35A against non-nuclear targets in Russia. It is just a deterrent strategy, and a nuclear attack would be the last resort for NATO.

F-35A will be an excellent deterrent to Russian threats

With each passing year, the F-35 incorporates new improvements and justifies all the investments made by the United States and its allies now that it will have nuclear capabilities – And this news comes at the right time when Russia is making more and more nuclear threats.

This way, the countries geographically closer to Russia will be able to face Russian threats with a real stealth aircraft armed with nuclear bombs that would serve as a counterweight to a potential invasion in the future.