The President Has 15 Minutes To Defend The U.S – This is What They Need to do 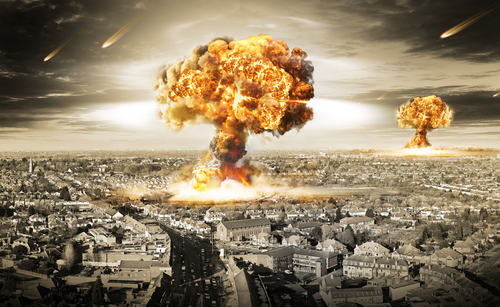 A team from the Princeton University studying on the Program on Science and Global Security, together with the School of International Service at American University, and the Institute for Peace Research and Security Policy at the University of Hamburg have been creating and promoting a VR simulation that demonstrates what would happen if the U.S. was – or believed itself to be – under nuclear attack.  The experience of President Has is genuinely chilling, realistic and life changing to all who have experienced it.

The Nuclear Biscuit – President Has 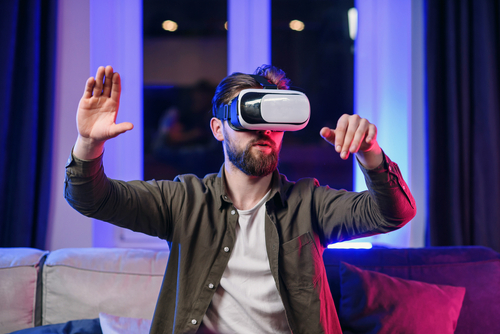 The project is called the Nuclear Biscuit.  The project and VR experience are designed by Sharon K. Weiner  and Moritz Kütt in cooperation with Global Zero and Princeton University.  The simulation is based on extensive research, including interviews with former officials.

Julian Borger a world affairs editor for the Guardian and Ambassador Richard Burt U.S. Chair of Global Zero who was the US chief negotiator in arms control negotiations and former security correspondent for the New York times have recently reviewed Nuclear Biscuit. Nuclear Biscuit is a virtual reality simulation depicting what a president would go through during a nuclear crisis.

To experience Nuclear Biscuit, Julian Borger sat in a meeting room in a Washington hotel with virtual reality goggles strapped on.

In the virtual world, the scene begins with him sitting behind the President’s desk in the Oval Office. As the virtual world develops Julian experiences being ushered away by Secret Service Agents and faced with the decision of what to do if the U.S. was facing a Nuclear attack from Russia. He had a moderate option that involved killing at least five million people, or he could kill up to 45 million if he chose the more comprehensive of the alternatives.

In this kind of situation Julian Borger writes ‘it is hard to focus on the details because there were people shouting at me through my earpiece and from the screens in front of me.’

He ‘experienced what a US president would have to do in the event of a nuclear crisis: make a decision that would end many millions of lives – and quite possibly life on the planet – with incomplete information and in less than 15 minutes.’

If you don’t make a decision before the clock hits zero, you will lose your entire ICBM (Intercontinental–ballistic missile) force.

There is no time to call the President of Russia.

It is hoped by the developers of this very realistic VR experience that the team will be able to take their experiment to Capitol Hill, with the objective of provoking some contemplation about the realities underlying US nuclear planning.

Richard Burt who successfully concluded a nuclear arms treaty with the Former Soviet Union in 1991, said ‘You walk into that simulation and come out a changed person’.  Richard Burt is more than qualified to comment on how successful the simulation experience is. He is now the U.S. Chair of Global Zero, an organisation that has petitioned international governments to reduce their nuclear weapons stockpile. Since 1986 when there were estimated to be over 70,300 nuclear weapons, with the work of Global Zero and diplomats such as Richard Burt aiming to shrink the arsenals from the cold war in 2021 there are now less than 13150 nuclear weapons.

When the World Almost Ended

The scary thing about this is the world has twice come within minutes of a nuclear war. The first time was in 1979 because someone had left a training tape simulating a Russian attack in the early warning system monitors. The U.S. could have attacked Russia in error.

In September 1983, Russian defence computers showed incoming U.S missiles. Russia could have attacked the U.S. in error if had not been for a lieutenant following their gut and assuming it was a computer error.

It is the hope by Global Zero backers of this Virtual Reality experience that no President should ever have to make such choices.

What would you do if faced with the information that 299 missiles in Russia were heading for the US mainland and received advice that an estimated 2 million Americans will be killed?