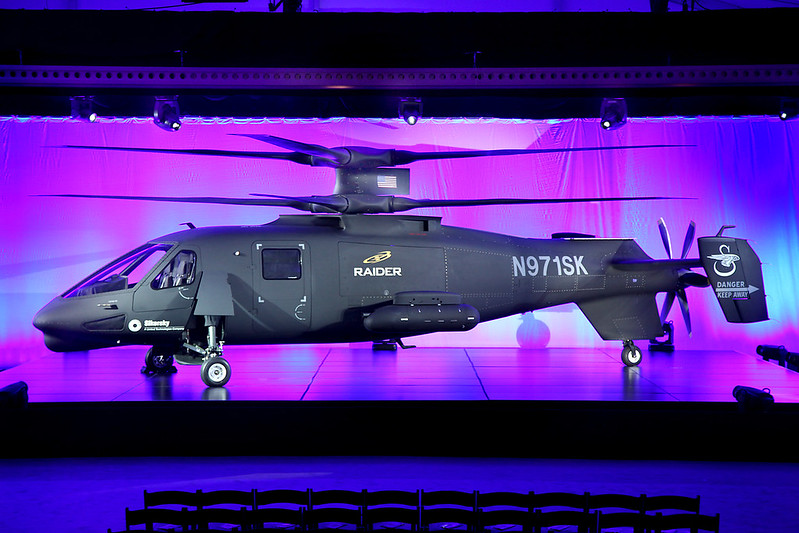 The US Army regularly modernizes its weapon inventory by integrating the latest technological innovations. These comprise a fully equipped scout helicopter and an attack helicopter. These developments are an essential component of the Army’s Future Vertical Lift program.

Future Long-Range Assault Aircraft (or FLRAA) will provide unmatched power projection, heightened speed, massive range, payload, and mobility to the US Armed Force helicopters. Likewise, it will give pilots extended-range and elevated-speed options that will help them survive in the most challenging battlefield conditions.

The military has 3of the most revolutionary helicopter manufacturing companies, including Sikorsky, Bell, and Boeing. For example, the Sikorsky S-97 Raider and the Raider X performed extremely well in early flight tests.

The company designed this helicopter for speed and having a wide range of external ammunition. It features the X2 technology, which made considerable enhancements in weight and vibration reduction along with advancesin the way a helicopter can fly.

The undercarriage of the S-97 Raider has a stealthier profile. The targeting and tracking approaches include automated fly-by-wire controls for precise handling. Additionally, the helicopter features autonomous flight abilities along with a typical operating crew of 2 pilots.

The Raider X features Sikorsky’s compound coaxial rotor and it is specially designed for the FARA’s prototype. Its high speed, agility, and survivability will give the US with the fastest helicopter. This ingenious control system and advanced design will make it a tough opponent on the future battlefield.

The creative digital designs of Sikorsky S-97 Raider and Raider X will make them the best fighting helicopters. These aircraft have unique designs, which makes it easy for them to:

The US Army’s Future Vertical Lift program aims to create aircraft that integrates the advanced features of today’s helicopters and add the latest technologies to ensure these helicopters will be awesome weapons.

With helicopters such as the Raider X and the Sikorsky S- 97 Raider, the limitations of current air warfare are being changed as these helicopters will deliver speeds never seen before and will carry state-of-the-art weapons and technologies that haven’t yet been seen.