Aside from giving you detention and having parent teacher conferences when you mess up, what does a Principal actually do? The job is tougher than it looks. 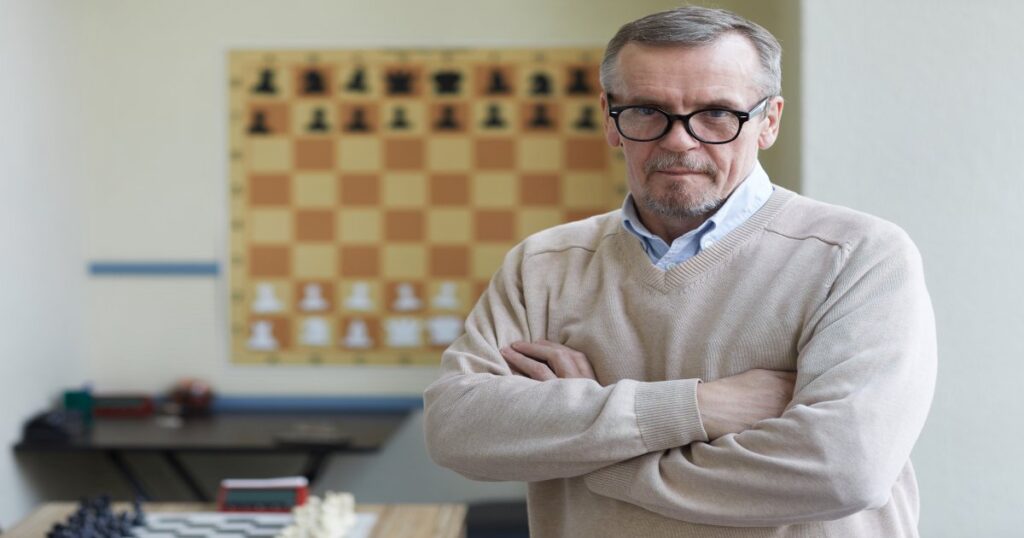 We are sure many of you at least one point in your life have been sent to the dreaded principal’s office for some kind of classroom infraction. You know very well what the principal does then; he or she gives you a firm telling off, or perhaps he listens to your story and offers some sound advice.

It’s not usually a pleasant trip. But a principal’s job isn’t just about keeping the peace and ensuring the students are in line, far from it. Their world is also a world of analyzing data, meeting parents, attending conferences, applying educational standards, and for most people drinking a lot of coffee because it’s a pretty demanding job. Today we’ll look more closely at what these principals do all day.

How do you actually become a principal?

Principals are usually not the youngest of people, and that’s because you have to put some time in first as a teacher. Countries might differ as to what is expected of someone who wants to become a principal.

A small town in the middle of nowhere might not be as stringent in hiring a principal for a primary school as an expensive private high school might be in a big city when they hire a principal. Regardless, you’re usually expected to have earned a bachelors’ degree.

We went to the job website Indeed and had a look at job postings for principals, and we can tell the “duties and responsibilities” part of the job offer put us off right away. It seems some schools were looking for someone who might resemble someone more like Superman than a school administrator.

The list of abilities, and skills, and personal qualities required made it sound like they were looking for human perfection, but for at least one job we looked at least the pay was up to $110,267, so that’s not such a bad amount once you’ve mastered everything.

Here are some things required for this position. You must have success “in philosophy, curriculum, and instruction.” You must know all kinds of instructional strategies and improve structural programs. You need to be effective in planning, allocating resources, scheduling, finding logical conclusions and making good decisions while using appropriate decision-making processes.

You need to know the latest education-related computer tech. You must have great judgement, formidable insights, while exercising self-awareness at all times and have tip-top integrity. You must motivate not only students, but teachers and other staff, while continuously reaching goals and setting new standards. And these are merely a few in a long list of attributes required to get that job.

But in terms of academic qualifications, yep, they all asked for that bachelor’s degree. That’s pretty much right at the bottom of what you’ll need, like saying a brain surgeon will need eyes and hands…and a brain. After that, some places will require that you have a master’s degree, but not all.

You’ll also need some kind of teaching credential, which differs from country to country. In many places, you will also need an administrator’s license, but as we say, this can change depending on where you teach.

What are principals expected to do?

So, you’ve demonstrated you have more skills than any human is actually, really capable of, and you have the certificates and experience. You were impressed in the interview and you have the job, but what is expected of a principal.

Well, before you even reprimand your first student for fighting in the hallway you’ll have to know a lot about the philosophy of teaching, sometimes called pedagogy. You’ll be fluent in various instructional strategies and how to understand data.

What about job of principals day to day?

Well, there’s the goal and there are the daily operations. The main goal is to implement curriculum standards set by the governing body in a district or country. The day-to-day job is that you manage the school, teachers and students. Your target is to get people through school with good grades, and that, in turn, makes the school look good.

If 80 percent of students are getting straight A’s something is going right, and parents will want to send their kids to that school. The school gets a good name and the principal can bask in the light emitted from his computer monitor. He doesn’t get out much.

But another important aspect of this management thing can be a little bit like coaching. Ask any teacher how many meetings they have to attend in which the principal tells them about goals, usually with the aid of some PowerPoint slides and some jokes he thinks are funny.

There will be coffee and cake, too, which is always a bonus after a three-hour instructional marathon that keeps getting interrupted by teachers putting their hands up. That coaching is also done in the principal’s office, and there is usually a queue of people wanting to see this person.

He won’t go a day without hearing a complaint from a teacher or having to tell a teacher they need to improve somehow. The same goes for students. If a particular student is troublesome or lagging behind, he might have to visit that office for a bit of coaching. If that isn’t enough, he will also be in almost constant talks with parents who are just curious about their child or are annoyed about something related to their child’s education.

That’s quite the job in itself, but we are not even close to finishing. A principal will also do workshops, observe teachers now and again, and just walk around and see how things are going. He will attend events, such as concerts or sports games.

He will make sure the school is properly maintained, and in many cases will have to figure out the budget for the huge amount of services and supplies the school needs. He must ensure the school is secure and safe, for kids, for teachers, for visitors. He’ll know the security guard, if there is one, by name. He’ll likely get along with the cleaning staff. He’s the face of the school, and so he’ll also have to get to know the community, the people who fund the school, the legislators.

This already sounds like too much, but as we said, they are expected to be walking perfection. In some schools this can be too much, even for a super-principal, so he will have an assistant-principal. Heads of departments also help to lessen his burden, but in the end, they all report to the principal.

The job doesn’t usually make the list of “Most Stressful Jobs”, but it can be very stressful, especially if academic standards aren’t being met, or parents are constantly screaming at you, or one wayward student just punched you in the face. This can happen, but some principals have gone into schools that were chaotic and turned things around. A real super-principal can assess problems and find solutions.

Let’s say that a principal has a student who has been referred to them because of discipline problems. This might in some cases be little kids lashing out in the classroom, but it might be much more serious. We all know that teachers have been attacked in the past, and this happens pretty much everywhere at some point.

This is where the principal becomes the counselor, the mediator, knowing how to be stern but also knowing or trying to know why this student is problematic. If that principal can gain that student’s trust and help encourage him or her to do and be better, then that principal has done a good job. Sometimes the kids just have to go. It happens. If disciplinary action is taken, the principal should be fair.

They will also have a handbook. They could find themselves in the principal’s office for not following the dress code; for using bad language in class, for not getting the right results, perhaps even for losing their temper in class. If a teacher is let go, a new one will have to be found.

The principal will assist in finding that new teacher, and he will likely have the last say after the interview. This can also be stressful, because if that teacher turns out to be a bad hire who breaks rules then that also comes back on the principal. How did they miss that in the interview?

Person, who wants to be principal, needs to be quite capable

This does take a special person to do the job, and not all people are up to the task. In an article in The Atlantic, the writer called the principal, “The Most Misunderstood Person in All of Education.” It said most people think this person spends all day lecturing students about using bad language and dealing with soppy, melodramatic, or overly hostile teachers.

But no, they spend much of their time dealing with the bureaucratic education system. The article said, “The principal is both the administrative director of state educational policy and a building manager, both an advocate for school change and the protector of bureaucratic stability.” They are supposed to be an inspiration to all, a cornerstone of righteousness, not only understanding the latest in teaching methods and ensuring standards are met, but they have to get a grip on things like youth culture.

It’s true, kids will have more respect for a principal who knows what they are about and where they are coming from. He’s a middle manager to the powers that be, a foreman, an accountant, a researcher, a spokesperson, and an expert of the ever evolving culture of the young. He also walks on eggshells.

It might be fine for the local artist or truck driver to go out and sink a few glasses of wine or beer and then let loose a bit, but a principal really has to watch his behavior. They have to be angels, even though there’s nothing wrong with letting your hair down. Principals might not have much hair left to let down as they are under so much pressure. At work and outside work, they are expected to be this perfect person, the ultimate professional.

On top of that, they have to have an eagle eye, the sixth sense, because conflicts are always emerging in these things we call schools. And we are not just talking about conflicts with students. Any teacher will tell you that tensions rise in school between colleagues, especially as the year comes to an end.

Teachers backstab, tell on each other, argue, gossip and fight, leading one person to say sometimes teachers are like students that never wanted to leave school. When conflicts arise, the super-principal should see it and soon be on the scene. The same goes for student conflicts.

After reading all of this, we hope we didn’t turn you away from becoming a school principal and motivated you to become one in the future, because it is a pretty important job after all.