Amazon's "the wheel of time" series was a massive hit in 2021 in the US last year. 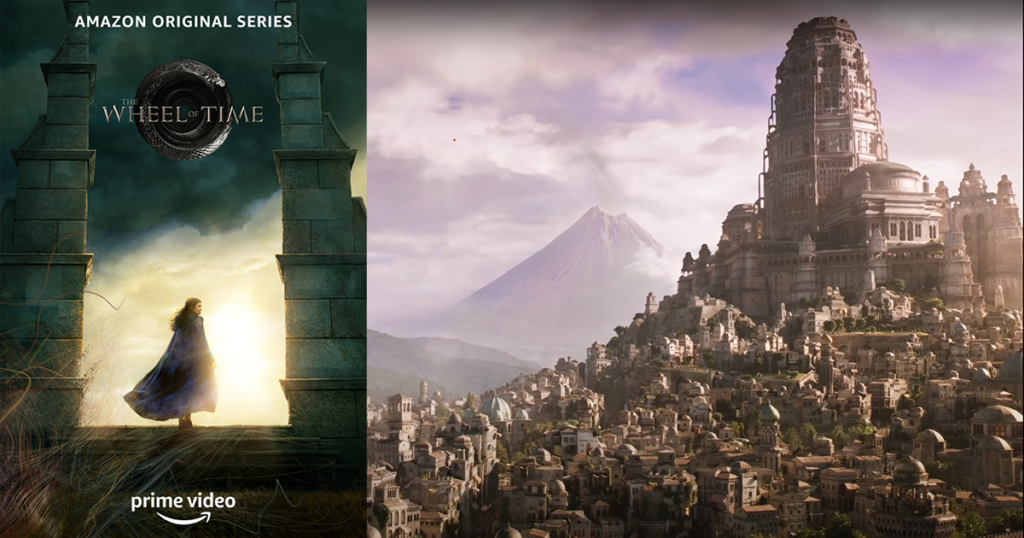 Amazon’s “The Wheel of Time” series was a massive hit in 2021. The company had great viewership numbers in the superhero genre with series like “Invincible” and “The Boys.” And with the release of “The Wheel of Time,” Amazon is directly competing with HBO’s Game of Thrones in the fantasy genre, and judging by the results, it is a huge success.

Based on the American high fantasy novel series of the same name, the Wheel of Time is a 14-volume fantasy novel written by Robert Jordan and completed by Brandon Sanderson, making it one of the most extensive fantasy novels ever written. The series has long been a fan favorite for a live-action adaptation, whether in TV or cinema. Fortunately, in the age of streaming, where production standards have risen greatly and new technology allows for far more cost-effective CGI, epic fantasy genre adaptation is on the rise.

Premiered in late 2021, “The Wheel of Time” was the biggest TV debut for a new series among US audiences.

The “Wheel of Time” show boasts a massive accomplishment for the company and the production crew, especially in a year when many competing series are released from several other studios.

According to the data firm Parrot Analytics (via Business Insider), “Amazon Prime’s hit fantasy series  The Wheel of Time had the highest average viewer demand for original shows in the US.” The series clocked 1.16 billion viewing minutes during its debut week, making it the streamer’s most-watched original series since 2020’s “Hunters.” It was 43.2 times more popular in its first 30 days than the average television series in the country last year, outperforming Disney+’s “The Book Of Boba Fett (40.1)” and Netflix’s “Arcane (42.7).” Prime Video narrowly outpaced Disney+ in the last quarter of 2021 with 8.9% of the demand share against Disney+’s 8.1%.

The company also revealed that the first novel in the “Wheel of Time” series, “The Eye of the World,” debuted in the Top 20 of Amazon’s Most Read Fiction ranking during its premiere week. Jennifer Salke, Amazon Studios Head, told Deadline during an interview that the first episode of “The Wheel Of Time” had quickly risen to the top of the company’s top five series debuts of all time since its release on November 19. The first episode of the “Wheel of Time” also broke the record for the most-watched series premiere of the year.

“We can confidently state that Wheel of Time was the year’s most-watched series premiere and one of Prime Video’s Top 5 series launches of all time,” she explained.

Like other competitors like Disney+ and Netflix, Amazon is still working out how much and what kind of information it wants to provide about who sees its Prime-exclusive content. However, Salke went on to say that the premiere of The Wheel Of Time drew tens of millions of streams” in the first three days of its release, with the United States, Canada, India, France, Brazil, and Germany being the countries with the most interest in the fantasy series.

She shared that it was the number one most talked about show on social media during its opening weekend. “It’s trending to exceed our expectations which were high,” she explained.

“You can expect more high-quality engrossing storytelling that keeps loyal to the original IP while also introducing new original concepts and storylines,” said Salke. “Let’s get some time under our feet, but I have a feeling this show will carry on for many years.”

The “Wheel of Time” Cast

Wheel of Time features a huge ensemble cast, including Robert Aramayo, Owain Arthur, Nazanin Boniadi, Morfydd Clark, Joseph Mawle, Rosamund Pike, Daniel Henney, Kate Fleetwood, Madeleine Madden, Zoe Robins, Dylan Smith, and Maxim Baldry. Salke added that “It’s a credit to everyone involved in the show, including Rosamund Pike’s outstanding performance, showrunner Rafe Judkins, and the entire crew, who took the audience on a journey into a visually spectacular universe filled with various cultures and personalities. It’s unlike any other fantasy series, and it’s getting a lot of positive feedback from our Amazon Prime members globally.”

“The Wheel of Time” was renewed for a second season; production started in May 2021; the season 2 premiere date is yet to be determined but should come sometime in the last quarter of 2022.

The success of The Wheel of Time show is good news for Amazon, which invested billions into its next high-profile fantasy series, The Lord of the Rings: The Rings of Power adaptation, which debuts in September, and the recently announced Mass Effect series.

“Lord of the Rings” does not need any introduction (though it’s worth noting that the upcoming series will not follow the story from the 2000s trilogy of movies based on the three Lord of the Rings books from J. R. R. Tolkien). For those unfamiliar with “Mass Effect,” it is a critically-acclaimed action RPG video game series known for its characters, gripping narrative, and immersive world.

“You can count on us to keep investing in a fantasy series of all types,” Salke said. “We have genre-focused team members available in the Studios who work diligently with our creative partners on those slates, and you should expect to see more.”