Emergence of TikTok as a Search Engine Is Raising Concerns, as 1 in 5 Videos Contain Misinformation

Gen Z is increasingly shunning Google in favor of TikTok as their search engine of choice. 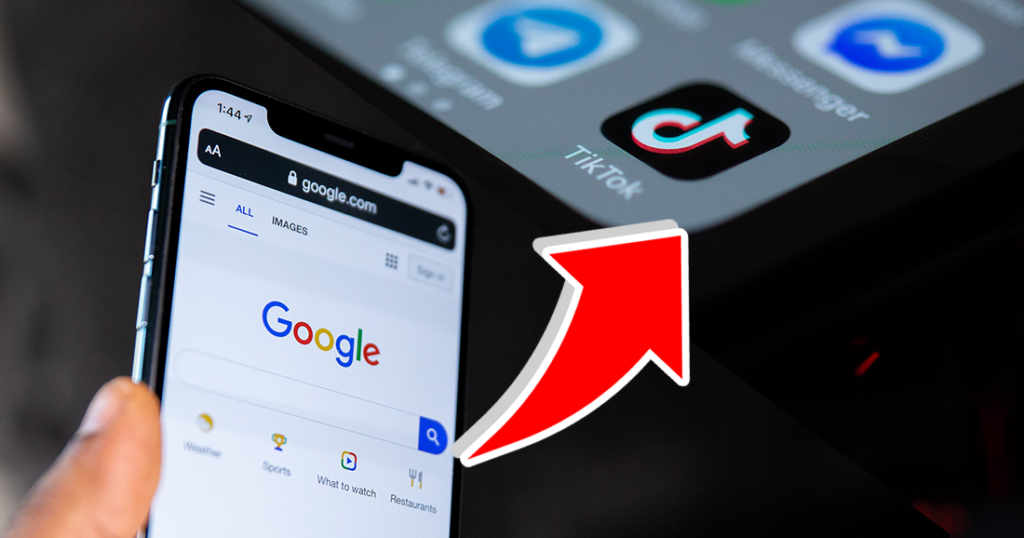 Google is the ubiquitous search engine, and TikTok is known for its viral dance videos, food hacks, and pop music. But for the rising generation of teens and young adults (Generation Z), the TikTok app is increasingly becoming their primary search engine. The New York Times recently reported.

The emergence of TikTok as a discovery tool is a part of a more significant change in digital search. While Google continues to be the most popular search engine globally, more people are using Amazon to look for products, Instagram to keep up with current fashions, and Snapchat’s Snap Maps to locate nearby businesses. The number of ways to find information in the digital world is expanding as it keeps getting bigger.

Google has observed TikTok encroaching on its territory

While the Silicon Valley company denied that young people were switching from its search engine to TikTok, at least one Google executive has made public comments about the search features of the competing video app.

According to our research, over 40% of young people don’t use Google Maps or Search when seeking a lunch spot. They visit TikTok or Instagram,” said Prabhakar Raghavan, a senior vice president at Google, in a TechCrunch interview.

“We repeatedly discover that new Internet users don’t share our expectations and frame of mind. They ask very different questions,” he says.

In recent years, Google has added photos and videos to its search engine. Since 2019, TikTok videos have appeared in some of its search results. Google launched YouTube Shorts in 2020, which promotes vertical videos that are under a minute long, and began incorporating its content in search results.

ByteDance, a Chinese tech company, which owns TikTok, declined to comment on its search feature or any potential products. It said in an interview that it’s “constantly thinking about innovative ways to expand the short-video platform experience and give value to the community.”

Searching on TikTok is frequently more engaging than entering a query into Google. Gen Z-ers don’t just trudge through walls of text. Instead, they use its short videos for crowdsourcing recommendations for what they are looking for, viewing video after video to weed out the content. The validity of a recommendation is then confirmed based on comments made in reaction to the videos.

This method of searching is based on how young people use TikTok:

Many claims that TikTok offers more pertinent results because its video clips are frequently under 60 seconds long.

Ezinne Ogbonna, 24, a software salesperson in the Dallas area, claimed that if it weren’t for TikTok, “I wouldn’t be in the career position I’m in today in my current work. Through someone else’s TikTok, I found a training course, completed it, and eventually got the job I presently have.”

“One in five search results on TikTok is misleading,” according to new research conducted by NewsGuard, a website that tracks online misinformation. That might be a severe predicament.

The study examined the top 20 search results across 27 distinct news topics, including “2022 election” and “mRNA vaccination.” The study found that over half of the search results about the 2022 midterm elections had “hyper-partisan left-leaning rhetoric.”

Given the volume of DIY cure videos being shared on TikTok, the widespread inaccuracy there is especially significant. Pediatricians have deemed a swarm of videos advertising homemade infant formula as “hazardous” due to the continuing baby formula crisis.

According to Insider, a TikTok video suggesting that mugwort (a common name for several species of aromatic flowering plants in the genus Artemisia) can cause a miscarriage has received over 1 million views. According to the National Center for Complementary and Integrative Health, there hasn’t been much research on mugwort in humans.

Senior Meghna T. from suburban Michigan said she still utilizes Google for any health- or education-related searches: but uses TikTok for “anything else.”

More than a billion people use TikTok

Compared to Google and Facebook, TikTok’s sales are expected to triple to US$12 billion (RM53.40 billion) in 2022. But this is significant for a five-year-old business.

About 67 million people, or one-third of its customers, are from Gen Z in the US alone. They are still developing their shopping patterns, making them key consumers for advertisers and internet firms. The younger users’ preference for a competitor provides tech businesses with evidence to refute charges that violate antitrust rules.

Data security could be a problem

Not everybody loves TikTok as much. Regulators in the US have questioned whether the Chinese government obtains information about US users. The service’s management acknowledged that China-based employees could access information from US users but denied that the data would be given to the Chinese Communist Party. According to researcher Sensor Tower, the TikTok App has been downloaded over 320 million times in the United States.

With a “For You Page” where users may view recent postings and advertisements, TikTok offers easy access for companies looking to connect with young customers – a significant target for marketers.

Courtney Blagrove and Zan B.R. founded the world’s first oat milk ice cream parlor. They also discovered firsthand how TikTok could benefit their company. When the epidemic hit, the sisters’ store on New York’s Lower East Side had just been open for two weeks. They recruited a social media manager when they could finally reopen to increase their presence on platforms like TikTok.

The digital marketer Ms. Johnson stated that she and her parents found TikTok especially helpful when looking for places and activities to do. She claimed that in contrast to her, her parents frequently spend hours scrolling through pages of Google search results – something she can get in seconds.”