The Russian air attacks are overwhelming but the Ukrainian air force isn't backing down. 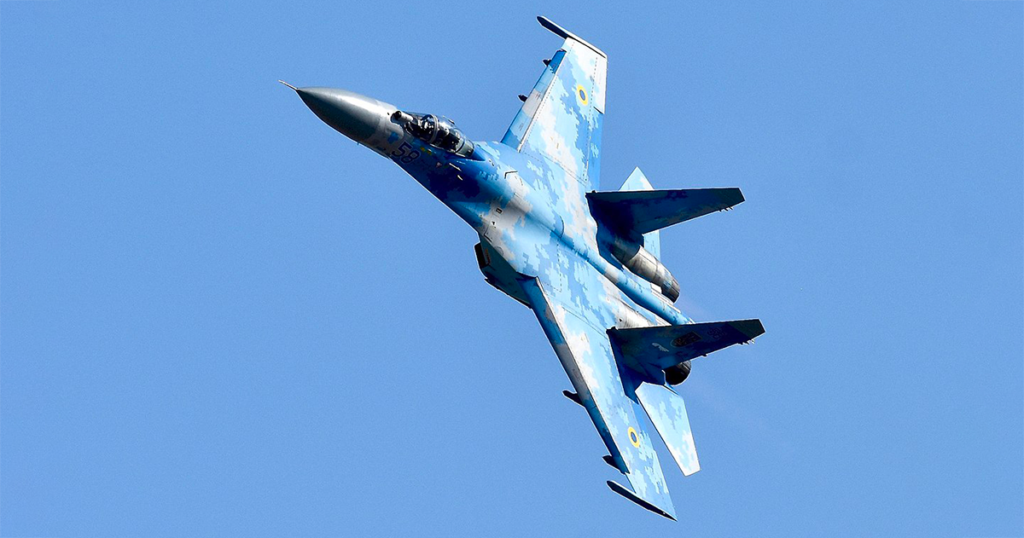 Despite fighting a disadvantageous war against Russia, the Ukrainian Air Force has been able to successfully challenge the invading force by going head-to-head against more modern Russian fighter jets.

Every day the Ukrainian resistance is harder to keep because Russia has superior airpower that is only surpassed by the United States – and although Ukraine has a respectable air force, it won’t be able to stand up to Russia for much longer.

Ukraine is fighting with a huge disadvantage

For the Ukrainian air force, it’s a complicated situation that is becoming more difficult every day as they are losing key combat aircraft. Actually, Ukraine estimates they have shot down at least 97 Russian aircraft, while the Russians claim to have destroyed 89 Ukrainian aircraft.

But, Russia has around 4,173 active aircraft, and losing 100 or so aircraft is not a major blow to Russia’s air force. On the contrary, for Ukraine, losing almost 100 aircraft is a huge loss as its fleet before the war had around only 318 combat-ready aircraft.

So, it leaves Ukraine in a very weak position, and probably they will be able to fight in the air just for another month or so.

Ukrainian pilots are usually outnumbered 5 to 1 in each air combat… and their losses are climbing. Even if they are brave and well-trained, the Ukrainian Air Force can’t withstand the overwhelming Russian attacks for long.

To maintain control of the sky, Ukraine is using weapons such as Stinger missiles and Bayraktar drones. Both weapons are quite efficient and destructive against Russian tanks, heavy artillery, and helicopters. With the significant loss of fighter jets, higher-flying Russian aircraft are usually out of reach for shoulder-fired anti-aircraft weapons.

Another confirmed downed Mi-35 . What Russian pilot would want to take to the air over Ukraine when you know a Stinger could be pointed at you from any hedgerow. pic.twitter.com/o0EJHOpEfa

Ukraine appeals to its allies for help

This MiG-29 fighter jet from the 40th Tactical Aviation Brigade was spotted near Kyiv today.

Another 28 Polish MiG-29s in their hands wouldn’t hurt.

Let’s get it done USA!

Ukraine asked NATO for help creating a no-fly zone to prevent any Russian attack, but this is too risky a request for NATO countries. It would mean taking the war to a new level, directly involving the US and the rest of Europe.

The only viable negotiation taking place is the delivery of 28 Mig-29s, mainly from Poland. But, this would be a short-term solution as MiG-29s aren’t as advanced as Russian aircraft like the Sukhoi Su- 57.

In the meantime, Ukraine is receiving weapons aid that allows it to slow down Russian troop advances.

A Russian Sukhoi Su-34 fighter jet shot down earlier today near the city of Volnovakha in eastern Ukraine.

The Ukrainian Air Force before the beginning of the war had the following fighter planes:

And the dozens of drones including:

Russian air forces have a wide variety of fighter aircraft, including approximately 4,173 aircraft.

The Russian Air Force thought that gaining air supremacy in Ukraine would be quick and decisive, but Ukraine is still fighting in the skies.

However, the fact that Russia hasn’t yet achieved air supremacy doesn’t imply that it cannot have it in the coming days or weeks if Ukraine doesn’t get any much-needed help in the form o new fighter jets.