As hypersonic missiles are becoming an ever-increasing threat to aircraft carrier fleets, unmanned ships could help defend against them. 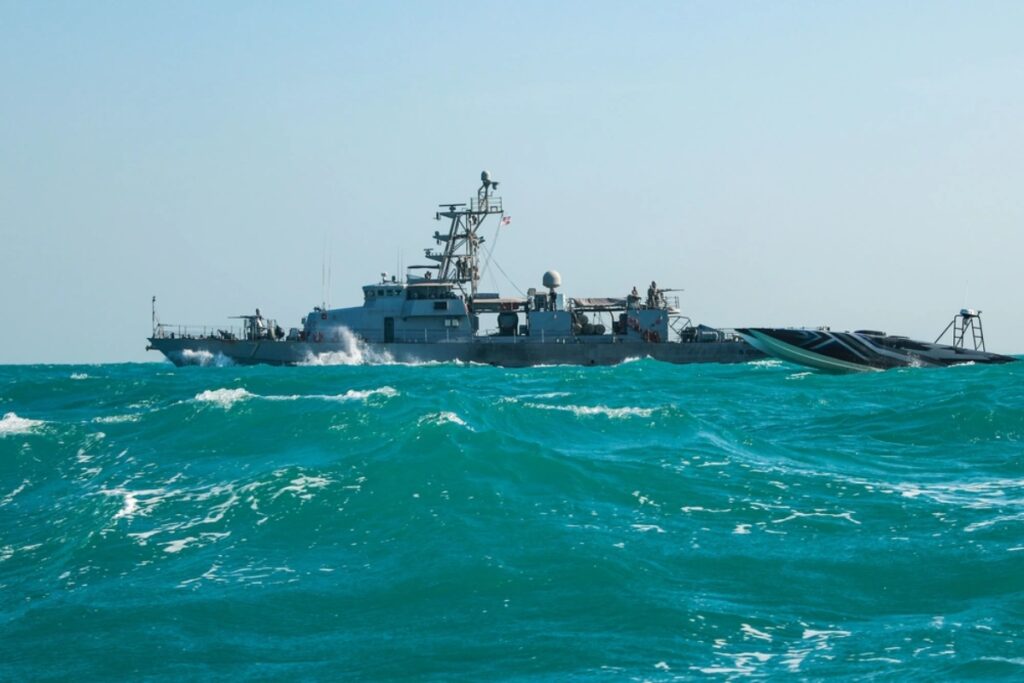 For decades, US aircraft carriers have represented the military might of the United States. They are protected by cruisers and destroyers that carry a substantial amount of personnel, but that is about to change as huge fleets are becoming increasingly pricey. Unmanned ships could change all that, but exactly why are they needed?

New warfare strategies are emerging, and carrier-centric fleets are quickly becoming vulnerable to the next generation of anti-ship missiles. The Navy plans a new fleet consisting of a handful of unmanned ships to address these challenges.

Unmanned ships have the capability of autonomous navigation with the use of artificial intelligence, and they are expected to be an important part of the U.S. Navy along with human-crewed regular warships.

Unmanned ships are probably the future of naval warfare

Unmanned surface vessels or drone ships are vessels that operate with a high level of autonomy, and they may be key for the US Navy’s defensive and offensive tasks in the future.

For the US Navy, these unmanned ships can protect aircraft carriers within the next five years when this technology becomes mature enough and has proven its effectiveness in all the US Navy’s vigorous tests.

Using this type of technology is more cost-effective than building an entire carrier battle group, which can be very expensive to develop and operate with a wide array of warships such as cruisers, destroyers, submarines, and frigates.

Similarly, the use of this new unmanned fleet will broaden the US naval intelligence and reconnaissance edge and create a seamless, reliable, and efficient way to protect the aircraft carrier and keep sailors safe.

A new cost-effective fleet for the Navy

The Navy aims to launch autonomous robotic ships to make sure this new fleet is more cost-effective than one composed exclusively of manned vessels.

However, for unmanned ships to start sailing the seas, more research and testing are needed. This would ensure the reliability of their systems and the adjustment of the current legislation to this new warfare technology.

So, even if the Navy is eager to deploy large unmanned ships, it would take at least five years to deploy an effective fleet to protect aircraft carriers.

Another of the main ideas driving this project is that a growing number of unmanned ships could overwhelm hostile forces at sea.

In fact, unmanned technologies provide operators with better choices for fighting, and a fleet of autonomous ships could overpower the attack capability of any enemy, and protect manned ships by the large number of devices attacking at the same time.

This strategy may be similar to the use of swarm drones in modern combat, and it could be an effective new naval tactic.

China is challenging the US naval superiority

China is investing in unmanned technologies that may put US aircraft carriers in danger. That’s why achieving Naval superiority is a high priority for the US Navy.

China is increasingly pouring money into developing autonomous technologies that can compete with American technologies. As a result, it is important to develop new weapons that can reverse this scenario and ensure greater protection for US aircraft carriers around the world.

A new era of naval warfare is upon us

The paradigm of modern warfare is changing rapidly, and aircraft carriers in the coming years will be deployed together with unmanned surface vessels that can protect them effectively – and save costs with much more efficient autonomous ships and less crew.

Undoubtedly, unmanned surface vessels will be another of the great technological revolutions of 21st-century warfare, but we’ll have to wait at least 5 years to see robot warships in action.