The M110A1 marksman rifle is set to replace the M24 sniper rifle and the M110 currently in use by the US Air Force. 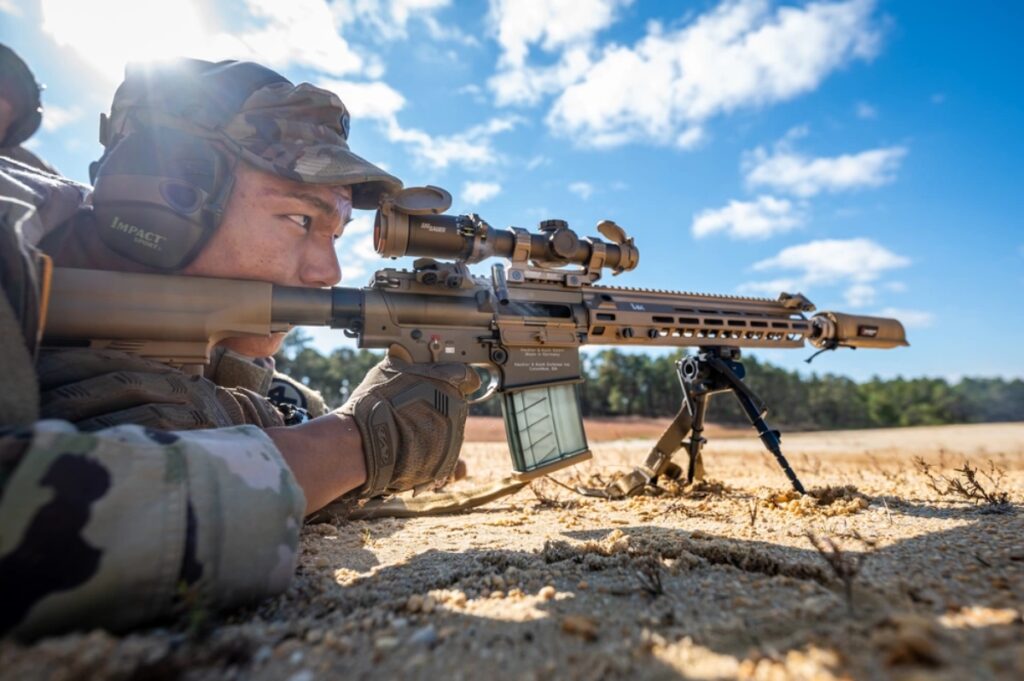 These rifles have had a good run, but they are much heavier than the advanced M110A1. This new rifle definitely got the attention of the US Air Force, which is now looking to replace them after seeing the outstanding performance of the M110A1 in the US Army tests and consequent deployment.

Was it really necessary to replace these rifles? What significant advantage the M110A1 offers to the US Air Force? How advanced is this new rifle?

It is considered by many experts to be a suitable option for US Air Force needs due to its lightweight and excellent maneuverability in harsh conditions and terrains.

That’s why the M110A1 rifles will replace the M24 and M110 rifles manufactured by the U.S. Knight’s Armament Company. M110A1 is well known for its high accuracy and can hit targets up to 600 meters (656 yards) away.

It can certainly hit targets well beyond 600 meters (656 yards). However, its accuracy decreases considerably beyond this range.

Since the US Army started replacing the M14 due to its poor performance in Iraq and Afghanistan, the US Air Force also considered starting upgrading its rifles.

The M110 has recently been used in global conflicts such as War in Afghanistan, Iraq War, the Syrian Civil War, and War in Iraq. But, it will now be replaced by a lighter and more compact weapon since it requires a lot of maintenance and constant changes in its parts which makes it challenging to use in the long term.

On the other hand, the M24 is a rifle that has been in service since 1988 and has been quite successful in different wars too… But like the M110, it is much heavier than the M110A1. And has a much slower fire rate than the M110A1 due to its bolt action firing mechanism, while the latter is semi-automatic with a 10 or 20-round detachable magazine.

Both rifles are quite similar in performance. However, the M110 A1 has a more modern design, and its weight and maneuverability make it easier to carry in adverse conditions.

With this new M110A1 marksman rifle, the US Army and the US Air Force have a reliable and robust weapon – which, although not of US origin, comes from one of the world’s best weapons manufacturers.

It will give the US Air Force special units more shooting confidence at relatively long distances and superior maneuverability that could not be achieved with longer-range bulky rifles.