US Set to Introduce Robot Patrol Dogs on Its Borders

Robot dogs will guard the border and provide support to border patrol agents. 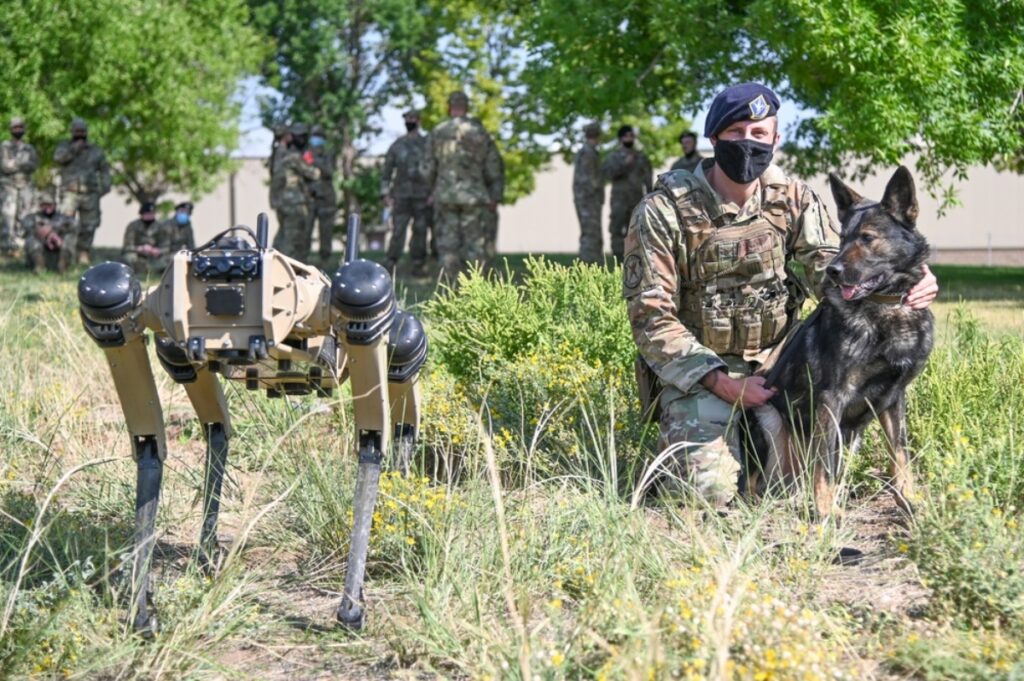 Developed by the Pennsylvania-based company Ghost Robotics, with support from the U.S. Department of Homeland Security, the robots would patrol difficult and complex-to-access areas with extreme temperatures for humans, animals, or vehicles.

So, the immediate role of these robot dogs would be to help border patrol security efforts that would otherwise be hard… But now, with these cutting-edge robots, border agents will have access to multiple other places remotely and securely.

How will they be used?

The U.S. is testing the use of robot dogs to patrol the border with Mexico, and the outcomes have been positive so far.

To improve monitoring and boost the southern border security, the US is looking to deploy them in the short term as part of patrolling efforts to stop illegal crossings and decrease the presence of human smugglers and drug traffickers.

The work for border guards is overwhelming, and with these robot dogs, it will be much more straightforward to control the vast U.S. border.

That’s why the program seeks to have them in the most inhospitable terrain.

Some versions of these dogs can be supplied with firearms with a range of up to 1,200 meters (3937 ft). They have a built-in 30x optical zoom, a thermal camera for aiming in the dark, they can be assembled/disassembled in just 15 minutes, and are equipped with U.S. Army technology.

An outstanding new tech for America

This device is one of the most distinctive achievements in robotics in recent years. They’re compact, elegant, and competent in crossing environments that are usually inaccessible to border guards.

The Ghost Vision 60 dimensions are 2.5 feet (76 centimeters), weighs 100 pounds (45 kilograms), and is capable of traveling 7.5 miles (12 kilometers) in 3 hours on a single battery charge. Moreover, the Ghost Vision 60 can work autonomously or under manual control.

A tech still under development…

Although it is a highly resourceful technology with outstanding potential for the future, it is currently undergoing testing and has much room for further improvement.

Now, it has several limitations. These can vary from inconsistent behavior, limited battery life, broken controls, and even reports that the machines occasionally crash.

Furthermore, these patrol dogs won’t carry any weapons. At least until the technology is tested and the border patrol requires it.

They will be a helpful addition to the border patrol agents

The U.S. government is steadily strengthening its strategy to monitor the flow of illegal entries, and drug or human traffickers when they cross the inhospitable area of the southern U.S. border.

That’s why this technology could potentially be the best long-term solution to protect the US border and lessen the burden of the border patrol agents.

Still, this technology is under development… And increasingly technological solutions are set to be included in robot patrol dogs to make them more effective in the coming years when they are set to enter the service of the U.S. border patrol.