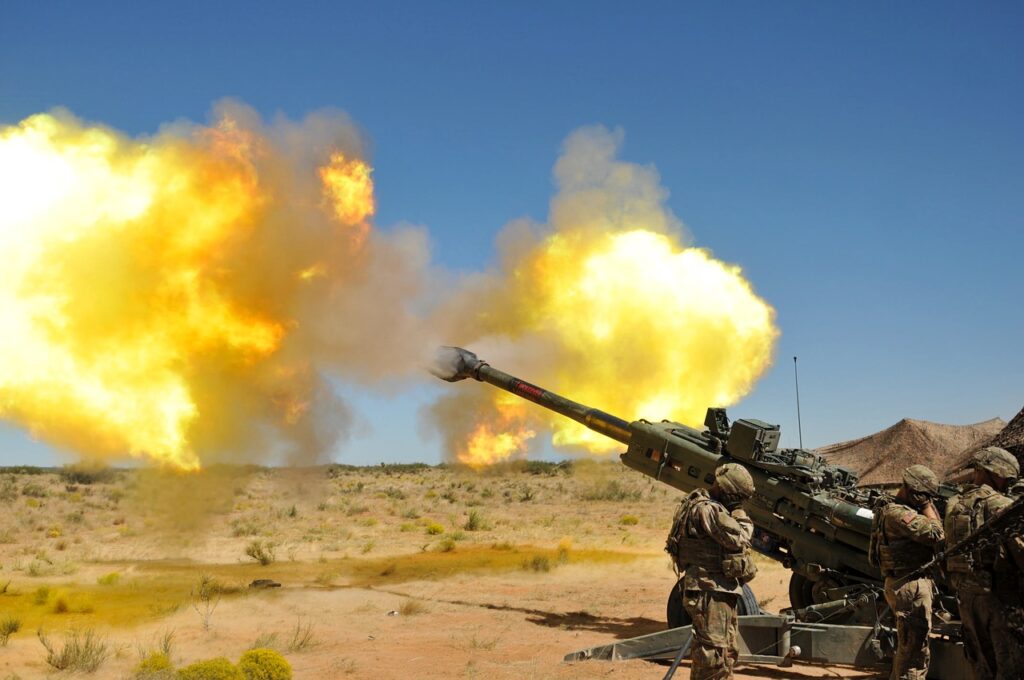 At the outbreak of the war, Russia had a much larger artillery force, but the M777 is leveling things out – and in this new phase of the war, artillery plays a vital role in the campaigns in the Donbas region.

So, this Howitzer is vital in helping the troops in Ukraine. Actually, this powerful piece of machinery provides much-needed support and firepower to those on the front line.

The M777 Howitzer is a 155mm artillery piece that has been in service with the US military since 2005. It is a versatile and mobile weapon that can be deployed in various terrain, making it ideal for use in the current conflict – even if it is made of steel, aluminum, and titanium.

This howitzer is notable for its use of a GPS-guided digital fire control system that features navigation and guidance functions, allowing at least four shots per minute and a high level of precision at long distances of up to 40 kilometers (25 miles).

and so little ad. This is m777 and she is at the front. and this is almost the only thing that came from the allies. Your media adorns everything for you. Whatever you put so much pressure on your own politicians.#UkraineWar #Ukraine️ #StandWithUkraine #StopRussia pic.twitter.com/ozzoFRexkX

Also, this artillery piece is incredibly accurate, and its long-range means it can provide support from a safe distance, which is a crucial advantage when operating in hostile territory.

The M777 is already in Ukraine

Ukraine is getting more and more high-tech weapons supplies from western countries, and the U.S. and Europe have allocated billions of dollars in armaments to support Ukraine in fighting off a Russian army. For instance, just the US and Canada supplied over 100 M777 howitzers.

But, in contrast to other weapons provided to Ukraine by its Western allies, the M777 howitzer needs at least a week of training before it can be used. So, it’s not as easy to fire as a MANPADS like Javelin or an NLAW.

In any case, the Ukrainian troops now know how to employ this artillery piece – and they are striking Russian forces.

However, losses are being sustained by both sides now that the war is closer to the Russian border.

Will it make any difference in the war?

This big gun has been a mainstay of the U.S. Army’s artillery force for over a decade and has seen action in some of the most intense combat situations imaginable.

That’s why it’s such a vital part of the U.S. Army’s arsenal, and now Ukraine is employing it to wreak havoc on the Russian lines.

It will help Ukraine, but the challenges in the Donbas region are more complex because the artillery is constantly under fire – and Russian troops are much stronger in a friendly territory where they can get supplies and keep fighting non-stop.

With its superior range and accuracy, the M777 is making a real difference on the battlefield, and it is vital to slow the Russian advance, or at least keep things as they are.

But only time will tell to what extent this howitzer will make a difference in stopping Russia as Ukraine troops are also under heavy fire.