What if the USA population was the same as China’s 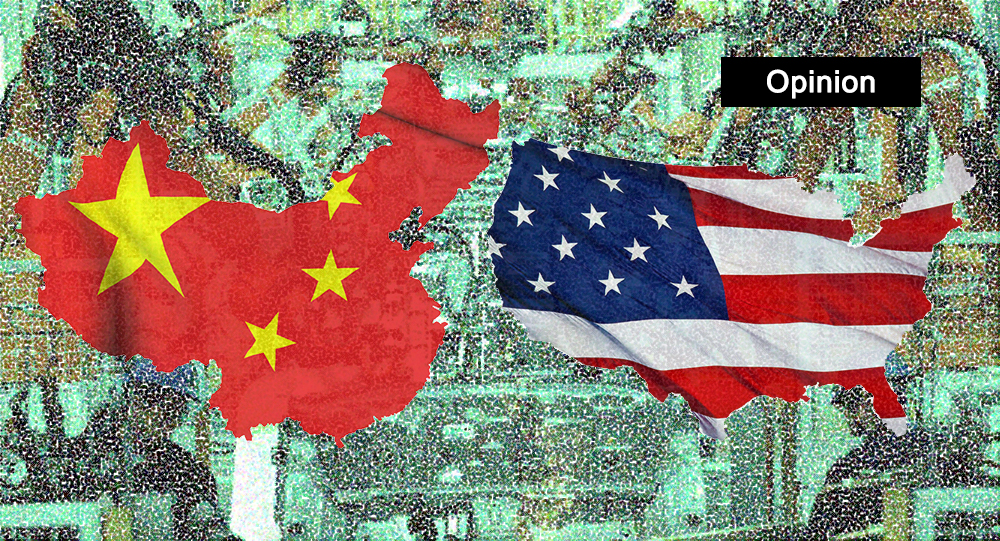 Would it be Possible to Fit the Chinese Population into the USA?

How does China compare to the USA?

First, we should learn a bit about the populations of each country. Populations are of course always changing, but the website Worldometers tries to give an accurate number of people living in all nations. As we write this, the website tells us that the population of China is 1,419,803,000. We don’t need to tell you that it keeps going up and up. The USA has a much smaller but still large population of 328,972,000. So, for every one person living in the USA, there’s about four point six people living in China.

Even the UK is much more densely populated than China, which is only the 59th most densely populated country in the world. The USA is actually one of the most spacious countries out there and comes in at 146th on the list.

As we said, China and the USA are very close in geographic land mass. You could almost fit one snugly into the other if you played around with the shapes a little bit. But in terms of how spacious a place feels, it really means how packed the populated areas are. A remote mountain area in China is as crowded as a remote mountain area in the USA. So, which country has the busiest cities in terms of finding space?

According to the most recent estimates available, in 2018 New York city was the most populated city in the USA with 8,399,000 living there. Los Angeles is way behind at 3,990.000. For New York, there is a population density of 28,317 people per square mile. That makes it the most cramped city in the USA. LA only has 8,484 people per square mile. Shanghai has a much larger population of 26,316,000, but is it more cramped than New York city?

Actually, it isn’t. Shanghai has a population density of only around 11,000 people per square mile, so New Yorkers would actually feel like they had more space if they were living in Shanghai, while Shanghai residents might consider New York City to be a bit cramped for their tastes. Most sources consider Manila in the Philippines to be the world’s most densely populated city with 107,561 people for every square mile, while others say it’s actually Dhaka, Bangladesh.

Would the Chinese fit in the USA?

These are each country’s biggest cities in terms of population, but there is a long list of Chinese cities with populations bigger than New York. We tell you this of course because if the Chinese population was suddenly moved over to the United States then they would most likely have to populate the cities.

If we dropped, say, the population of Beijing, about 22 million and 3,400 people per square mile, next to Mount Katahdin in northern Maine, we’d have a problem as there is no infrastructure, so when we talk about upping the U.S. population, we are focusing on the places people can live.

As we said, China’s huge population means the country has a much greater number of large population cities. When you look at lists of world’s largest cities by land area, whether urban area or metropolitan area, Chinese cities make up a lot of the lists, as do Indian cities. In fact, in the top 50 largest cities we only see New York city on the list from the USA, whereas China makes the top 50 a staggering 23 times.

What this means of course is that if the USA had the same population as China and city dwellers remained city dwellers then many cities in the USA would be extremely crowded places. China can deal with that many people, the U.S would struggle.

What are the implications?

OK, so what would the consequences be of this population explosion? Well, if it happened at once, say by magic, all hell would break loose. If the population was the same ratio of children to adults there’d be too many children to feed and too many adults for jobs, not to mention a lot of houses with too few beds. Could this happen? Obviously not, but if it ever could it would have to mean something happened that resulted in a huge migration to the USA. We might have to invoke alien attack here because we don’t feel this could be anything but science fiction.

According to the IMF’s World Economic Outlook Database, the nominal GDP for the USA in 2018 was the highest in the world at $19.39 trillion. China’s was $12.01 trillion. If we look at this in very simplistic terms, it should mean there is enough cash in the USA to feed a population that was the same as China’s, although massive changes in the allocation of funds, new taxes, and changes to monetary policy would have to happen. Still, there is little doubt this new population could eat, it would just mean some growing pains for a while.

Let’s say things were straightened relatively quickly thanks to American ingenuity, there would still be too many people filling cities that once had far fewer people. There would have to be drastic expansion, and that would mean spending an incredible amount of money on infrastructure. But given the USA’s incredibly high defense budget that could be slashed and so many billionaires ready to be taxed, we think this could be done without a total catastrophe.

Things would be tough at first, and no doubt a lot of the population would be up in arms, but once they knew they had no choice, they would deal with it. In our sci-fi hypothetical crowded America, we’re assuming people would, for the most part, be willing to collaborate to build a bigger, better America.

What does it mean for the natural environment?

One of the very real problems with this influx of new folks would be the degradation of natural spaces and depletion of resources. As Jared Diamond points out in his very real book, Collapse, parts of the USA are already suffering from the over consumption of natural resources and the negative effect this is causing on the environment. More people means more pollution. It means more polluting industries, more cars, more houses, more degradation of farmland. There would no doubt be some scarcity. Fish depleted rivers will need to be filled. People might even have to learn how to be more self-sustainable.

People would also have to put their trust in the government and a whole group of round table experts would have to get busy coming up with ways to accommodate these new folks without taking the USA to the brink of collapse. Diamond points out that societies have completely disappeared in the past because there just wasn’t enough resources to accommodate a growing number of people. But the point he makes is that collapse in hindsight was probably always avoidable had those societies been savvier about over-consumption and the sustainability of natural resources.

Some societies chopped down all their forests in part so they could build monuments to show how strong they were. Bad move. In the new U.S. people would care less about what they had; there would be less conspicuous consumption and more people would embrace a kind of communitarian life. No, that doesn’t mean communism, it means working together for the greater good. There would have to be a profound change in habits and some great innovations.

Could America sustain such a massive population?

Let’s just say because of these A-teams of innovators and a public willing to make profound lifestyle changes, the plan came together. Would a more crowded America sink into poverty? We think the answer is no, not at all. More people means more brains, more innovation, and you work with what you’ve got. Sure, parts of America that have been historically underpopulated would have more people, but those people could and would be useful.

We could call this sci-fi situation “The Great Expansion”, and it wouldn’t be that different from the expansion America saw in the 19th century when wagon trains, many full of immigrants, went west to stake claims in new territory. It could be a catalyst that makes people think more about the environment and act in a way that aligns with human progress and happiness. America would deal with the Great Expansion, but modern Americans, like their hardworking forefathers, would learn to find greatness as the country builds a new frontier.

Or do you disagree? Would overpopulation cause groups becoming more insular and lead to war, disease, and famine? Tell us what you think in the comments. Also, see more