Playing video games all day might seem like a waste of time, but new research suggests that gamers may have improved life skills. 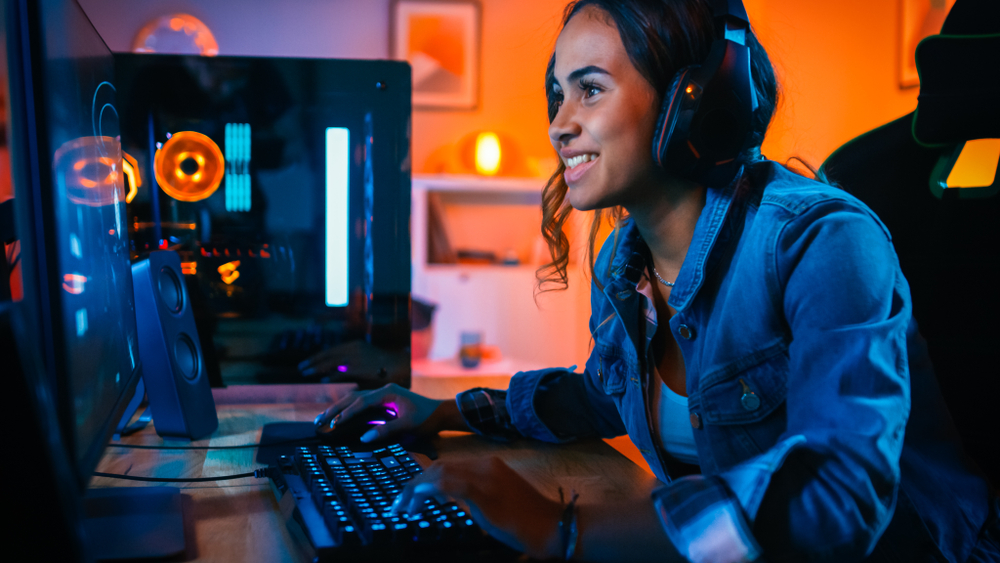 A recent study reveals that playing video games can benefit the brain. Parents will either hate or be glad to hear this. The frustration of watching one’s child waste hours on a console is something that any parent who tells their child, “the game you’ve played is enough; read your book; you’re killing your brain!” can relate to.

Video gaming has a reputation for being bad for our physical and mental health. They also have a poor rap for encouraging people to spend much of the day sitting on the couch, which has been well-established as not good for overall health. However, a new study has shown playing games could have some potential mental benefits.

A new study published in Neuroimage found that playing video games for hours every week may improve cognitive skills. According to the study, playing video games can increase the grey matter in the brain, which is in charge of hardwired abilities. It can also improve fine motor abilities that affect memory. The actual gain, though, might be found elsewhere. Video games boost not only memory but also decision-making and planning skills.

The authors of the study claim that playing video games can improve the cognitive abilities needed for decision-making. They explained that it might be employed as a training tool to enhance the brain’s quick decision-making abilities, particularly in people whose brains have experienced some degree of neuronal damage. That is, evaluating everything that enters our sensory system and deciding on a suitable reaction.

“Most youths play video games for more than three hours each week, but the positive benefits on cognition and decision-making are not well understood,” says neuroscientist Mukesh Dhamala of Georgia State University. However, these games may adversely affect other facets of our lives if the speed reduction is permanent. It would be ideal to restrict the amount of time people spend playing these games to prevent such undesirable effects.

Researchers have found that video games can improve spatial orientation and perception in children and adults. The results of the study showed that spatial orientation could be enhanced by playing a 2D Tetris game. However, playing a 3D version had no discernible impact on spatial perception. The researchers also discovered that video games with 2D visuals enhance mental rotation. However, it is unclear whether playing video games enhances spatial visualization or perception.

How the study was conducted

Forty-seven college-aged volunteers were examined using functional magnetic resonance imaging (fMRI). Twenty-eight of them routinely played video games, and 19 did not. Most participants played intense real-time games like real-time strategy, first-person shooters, or team-based “arena” or “royal” combat. During the experiment, participants were instructed to press buttons in reaction to the motion of a line of dots on display before them. Regular video game players answered more quickly and accurately, and the subsequent fMRI scans also showed that their brains were more active in particular areas.

These areas comprised the left thalamus, the right supplementary motor area, and the right lingual gyrus, all believed to be important in the cognitive processing of visual information and creating motor responses. “These findings suggest that playing video games may strengthen a number of the sub-processes for feeling, perception, and mapping to action – to enhance decision-making abilities,” according to what Dhamala and his colleague, physicist Tim Jordan from Georgia State University, wrote in their published paper.

Another study from Michigan State University revealed that more than half of children aged twelve and older displayed signs of improved creativity after playing video games. This benefit existed independently of any development in other technological fields.

The increase in creativity wasn’t due to violent games

A group from the University of Glasgow discovered in a different study that playing video games improved students’ critical thinking, adaptability, and resourcefulness. In the end, the results imply that video games might be a helpful tool for enhancing various lifestyles. This is sort of fantastic news for kids to know that even if all they do is sit on the couch and play games, they will still be quite physically fit.

Jordan has firsthand knowledge of the subject because, at age five, he participated in a study in which he was asked to cover his good eye and use his weaker eye to play video games to improve his visual processing. The training was effective since Jordan could play paintball and lacrosse after being legally blind in one eye. The same kind of instruction may also be applied to improve sensorimotor decision-making.

Although the connection between video games and cognitive gains is not new, we are becoming closer to understanding it with each new study piece. We will also be able to figure out how we might be able to use the benefits of video games. According to Dhamala, once the pertinent brain networks have been discovered, playing video games can be used effectively for training, such as decision-making efficiency training and therapeutic interventions.