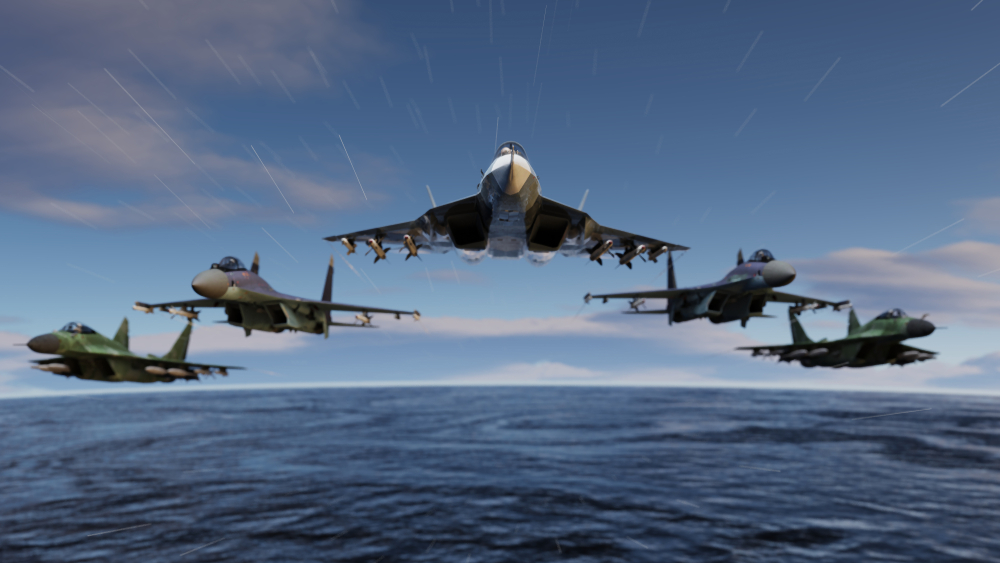 Russia aircraft is always prepared for any military action. In fact, Russia is one of the countries that invests the most in military technology, and it is one of the largest exporters of military equipment in the world after the US.

Russia has outstanding military equipment: long-range bombers, next-generation aircraft, and advanced submarines with a similar quality to their Western counterparts.

And today, while tensions with Ukraine are increasing, Russia is also preparing its military equipment. Although an armed conflict today is unlikely due to NATO’s support to Ukraine, the chances of a military incursion are present for 2022.

So, what are the top weapons Russia has to invade countries like Ukraine? Are these weapons modern? Are they comparable to the USA weapons? Let’s find out!

According to Reuters, Russia has been developing hypersonic missiles that could reach any target in the world without being detected by any anti-missile system. This weapon is believed to be available to the Russian armed forces in early 2022.

Because of the high speed of these missiles, they are quite difficult to track and destroy, and what’s even worse, they can carry nuclear warheads. Additionally, these missiles are quite versatile and could be included in almost any weapon capable of firing a missile such as ship bombers and submarines.

These missiles are long-range and quite destructive which makes them an essential strategic weapon in case they are put into operation in 2022, giving Russia a comparative advantage over countries such as Ukraine.

The US recently created the U.S. Space Force, and Russia has been also experimenting with cutting-edge technology that is even capable of reaching satellites in the stratosphere. These missiles are powered by rockets that can reach the atmosphere destroying their orbiting targets, causing loss of communications and GPS between military components. So, in the event of a war, this anti-satellite system could shoot down American satellites and definitely complicate operations on the battlefield.

This year, this anti-satellite weapon has already been tested by destroying 1 Russian satellite and proving its worth. However, this is not the first test made with this type of weapon, since China and India have developed similar weapons in the last years and proved to be effective too.

Sukhoi model aircraft are formidable machines equipped with modern technologies such as radars and sensors to detect any threat, including stealth aircraft. The Su-57 is one of the most powerful aircraft in the world today, and although part of its technology is more than ten years old, it has been modernized to adapt to current technologies to keep it in service for many years to come.

Sukhoi Su-57 is also capable of attacking ground targets too. It can stay in the air longer and can perform combat missions over longer distances compared to previous generation aircraft. These capabilities made them quite popular globally, and many air forces use them for their maneuverability, versatility, reliability, and cost-effective performance.

The Su-57 specifications demonstrate that it should be considered as one of the best multi-purpose fighter jets in the world.

This bomber is equipped with state-of-the-art technology. It is capable of carrying up to 30 tons of bombs, and as a supersonic strategic bomber with intercontinental missiles, it is a very feared aircraft.

Although this aircraft plans to compete against the most advanced models created in the United States, it is still in the planning stage. It is unlikely to be seen in a war scenario in the near future… unless the conditions of the moment require it, such as a war or an arms race.

Russian New Weapons and Aircraft Are no joke… They Can Be a Threat to Any Country!

The warfare technologies that Russia has developed are quite advanced and comparable to the weaponry that NATO and US currently have. While these weapons don’t change the nature of warfare, they should not be taken lightly. Russia is still the second-largest exporter of weapons in the world and its military technology is efficient enough to face any army in the world.