What Do Doctors Wish, Patients Knew About Death

Having a loved one in the hospital, is really difficult to process. But sometimes, doctors have to tell their patients that their final days are approaching and that can be extremely difficult. 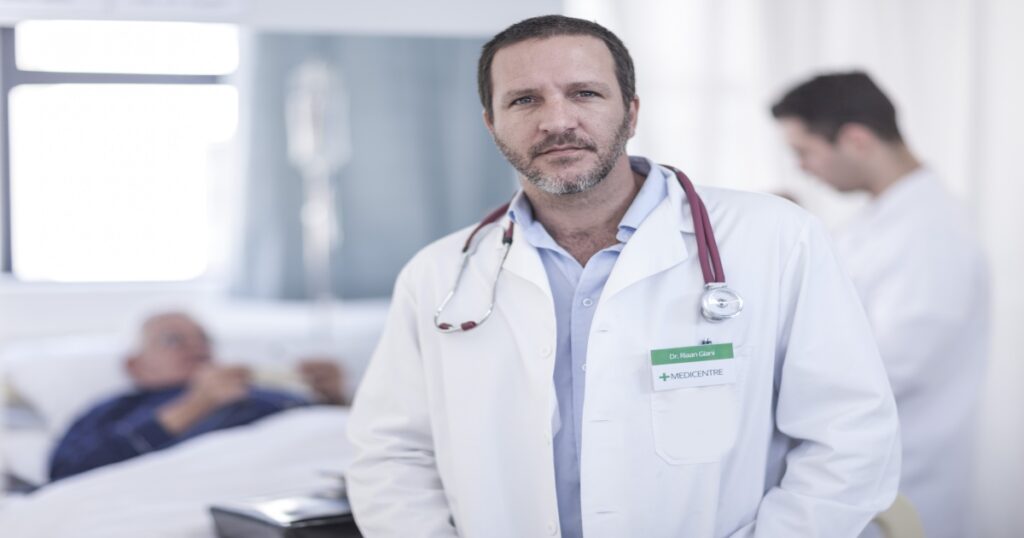 This is a true story. A man just in his 40s went to see his doctor. The man knew he had cancer, but with unforeseen issues popping up the doctor sent him to see an oncologist again. A series of tests were performed and a bunch of specialists was brought in. The original doctor went back to see the guy in the hospital, shook his hand, and said I’ll see you in a few days. Once the results came back the doctor was aware that this man would not live long.

He would be gone, forever, and his family would grieve. But this is what that doctor said about this reality, “Telling him what this all meant, how it was almost certain that he would die sooner than he thought, proved too difficult.” This can never be easy; never mind how many years you’ve put in as a doctor.

But it’s also the reality for a lot of people that work in the medical profession. In the case, we just mentioned the man was very close to death just one month after he experienced those new issues.

It can be especially hard telling patients when their time is almost up. The end of life is rarely simple, and sometimes the professionals can’t say how long someone has got. Sometimes they get it wrong and the person makes a recovery, but more often than not when someone is told they are going to die the end will come soon enough.

Sometimes the patient can be very confused, perhaps not fully understanding what is really happening. Sometimes legal documents have to be signed, and anyone who’s had to go through that with a dying person will know it can be difficult and heartbreaking.

This person might have been offered treatments, but at times they will be told there is nothing that we can do. Right now we just want to make your last days, or months, as comfortable as possible. This is what is called palliative care.

This kind of care is just a way to treat end-stage patients who might have various diseases. It can give them a good quality of life during the end in accordance with their circumstances. It should help this end be peaceful. This can also be a very difficult time for loved ones, watching their brother, sister, wife, husband, best friend, have their last threads of mortality snipped by the day.

At times the patient may not be able to communicate, either because of medications or the disease itself. With some cancer patients there can be good days, good hours, when the patient suddenly looks better and does start chatting again, but then loved ones may become saddened again when the next day the person is in bad shape again.

What a doctor wishes patients knew about the end?

One thing is this according to one doctor. A person might look as though they are dying but actually their days are perhaps not numbered. The person could die, but could pull through.

But the doctor said you don’t have to be on the verge of death with a countdown to enter into this kind of care. He said don’t be afraid to ask for it if the person is sick and suffering. Palliative care doesn’t have to be a death sentence and might just be the best option for a sick person.

Why palliative care and hospice care is essential?

But then in some cases, the person really is at the edge and palliative care in a hospice is absolutely needed. The thing is, sometimes doctors wait too long to tell the family this is what should happen now. “Nothing else can be done,” as we said, are not easy words to say for many doctors.

In fact, research undertaken by the U.S. National Institutes of Health asked this question, “Why do physicians overestimate the life expectancy of a person who is terminally ill?” This research showed that some doctors wait too long, especially if they are close to the patient.

Sometimes waiting until the 11th hour to send a patient to the hospice is just not recognizing the seriousness of the disease – in most cases in this study, the disease was cancer. When that study was published patients who had less than six months to live, or at least were thought to have around that time left, could be sent into palliative care. But the research showed that most of the patients were in a hospice for less than 6 weeks.

Part of the study read, “Providing a physically comfortable death is a worthy goal; it reduces regrets among survivors. Yet, more time provides the opportunity for the dying person to participate directly in the process of validating the past and planning for the future and gives the family the chance to relish or repair bonds with the dying person.”

So, what doctors want patients and their families to know, is that even if the physician doesn’t talk about palliative care they can come forward and recommend it. They don’t have to wait for the doctor.

Predicting the time of a patients death not easy task

Do doctors get it wrong sometimes? Of course they do. Timing death is no easy task, and while miraculous recoveries are very rare, getting the survival time exactly right can be difficult. Another study by the National Institutes of Health looked at 343 doctors who had given survival estimates to 468 terminally ill patients.

Perhaps some doctors just wanted to give more hope to the patient, but the problem said that being over-optimistic can negatively affect the quality of care given to patients near the end of life.

More research was done on this matter, and researchers came up with a question that can be asked by a family to the doctor. That question is, “Doctor, would you be surprised if your patient died within a year?” If the doctor replies no, then perhaps the family might start thinking about a hospice already.

Remember that 24 days is the average stay, but a sick person could stay for months in a hospice. If you are the dying person you might also ask, “Doctor, would you be surprised if I died in the next year?” It’s not an easy thing to ask, but it might in the end make the last stint down here on planet Earth a bit more comfortable.

As one doctor points out, the healthcare system is designed to keep you alive as long as possible, but there are cases of people who’ve just had enough painful treatments. They actually want to slowly fade away in as much comfort as possible. He said it’s ok to ask for palliative care in such a case.

Laughter and jokes for patients with terminal illness

That same physician actually wrote a book called, “A Beginner’s Guide to the End: Practical Advice for Living Life and Facing Death.” There is a part of that book that talks about humor.

If you’ve ever been sat around the bed of a dying person you will know it’s not always the best situation to start telling jokes and being funny. But he says being miserable and teary-eyed all the time can be like an early death for the person.

Go ahead, tell a joke, be normal, jest, have fun, don’t make it any more painful than it needs to be. The doctor wrote, “Illness isolates people, not just physically. When we get sick, people around us start censoring themselves.

The solemnity is supposed to be a form of kindness, perhaps, but it can feel more like yet another loss, almost a premature death.” He also points out that illness has its fair share of indignities, but sometimes laughing in the face of such indignities can be helpful. Don’t cast a gloom over the bedridden person. Be a bright presence.

Perhaps when it comes to man and wife the joking can be put aside for something else. Another doctor who writes about sexuality at the end of life said intimacy doesn’t need to stop. She mentioned a case in which the patient actually died in an act of intimacy.

This might sound awkward or even unethical to some people, but would you rather be able to be intimate until the end or not? She tells people that if that is possible then got for it. It happens and it’s just a form of showing love, in that one case, love right up until the end.

You see, don’t ever forget that a person is living until they are dead. It might sound obvious, but some people can treat a dying person as if they have no life force left. That could be making their final days all the more difficult. Don’t be afraid to show some love. It can make them feel connected during this hard time, and while life may be falling apart they still have someone hanging on to them.

As we said before, during the final stages it can be difficult because the patient might be in and out of consciousness. Even when they are conscious they might be delirious. We read about one particular patient with cancer who would talk to people from his youth. He would seem to hallucinate, even smoking invisible cigarettes that he thought were real.

He would shout as nurses and call them names, all the while demanding an ashtray for this invisible smoke. This can be really upsetting for some people, and sometimes very, very challenging. At times a patient might do things that are hard to deal with. Their personality might change a lot, which could make you laugh, or could drive you up the wall.

Some patients have been known to say quite vulgar things, to friends, family and even nurses. But what you must understand as the person seeing that is that deathbed delirium is not that uncommon and it shouldn’t be taken seriously. This person really is not in their right mind. Don’t take things too personally if something bad is said to you. The nurses will forgive the person, we promise.

Don’t be hard on yourself, you cannot be there every minute of every day. To be your best around this person you’ll also need some rest. Hospice workers have said many times people just don’t get that rest and wait over the person for the dying breath. It is very common. But they also said sometimes a person just dies alone and that cannot be helped.

If you are there during the final days please don’t feel bad that you weren’t there for the last breath. It can be like waiting for a rainbow to appear outside. Be loving, be funny, be yourself, and if you are not there at the end just accept it. In the end that person you love who is dying loves you, too, and the only thing they want from you is to go on having a great life after they die.

They don’t want you to feel full of regret, to be weighed down with misery. If you do have to go out someplace and things aren’t looking good, give the person a kiss on the head and know it might be the last time you do that. You did your best, and perhaps your love was felt even if the person didn’t seem to be awake.