Government Suddenly Disappeared? This Is What Would Actually Happen!

We all complain about the government sometimes and wish they just disappeared. But can a country really be successful without one or is chaos inevitable? 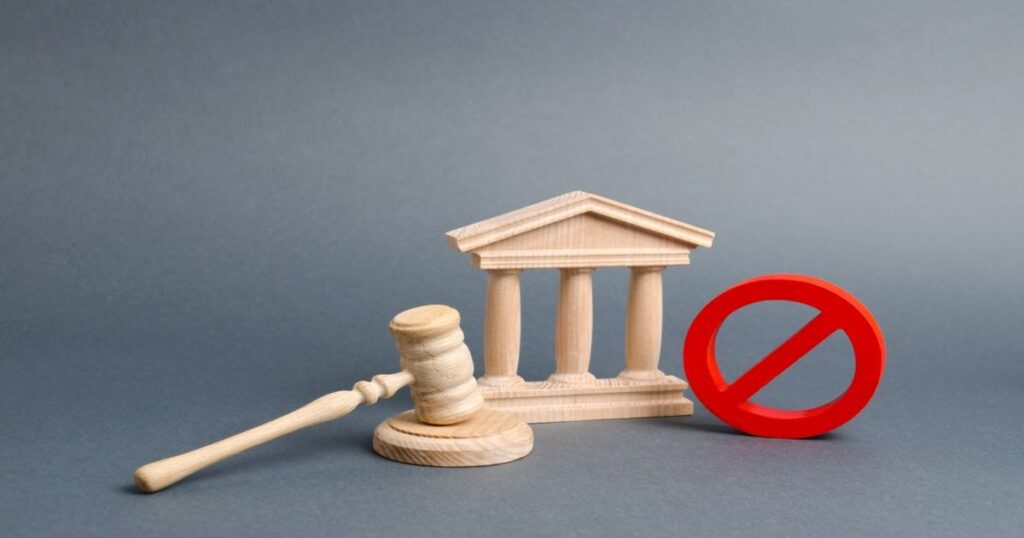 Government is the body that runs the country. One or more political parties make up the government, and a huge team of civil servants supports them. Politicians often attend debates and meetings in government buildings, where they decide on what policies will or will not work, and how the national budget should be spent.

A good government protects and provides for the people. It keeps the country moving forward. So imagine what could happen if the government just disappeared.

It’s not hard to find examples of countries functioning without governments. Belgium sets the record for the longest period without an elected government in a democracy, when between 2010 and 2011, there was a 589 day break, after wrangling between Flemish and Walloon figures. Spain spent the first 10 months of 2016 in a similar position, with a stalemate between socialists and conservatives.

Even beyond Europe, it’s not difficult to find more examples… Iraq went without a government for much of 2010, towards the end of the war. What happens when there is no government depends a lot on the backup plan the country has, as well as the cultural response. So what would happen in the US if the government just… disappeared?

Let’s just assume that in this case study, you simply woke up one day and the government had disappeared overnight. Vanished into thin air, leaving us all to fend for ourselves. One of the first things most of us do after waking up, is brush our teeth.

But when you turn on the tap, knowing there is no public services authority, you’d be wondering; “Is the water supply safe to drink? Who’s decontaminating it from dangerous bacteria?” Feeling a little gritty with your unbrushed teeth, you might head back to the bedroom to get dressed for work.

But if you use public transport for the commute, you’ll soon realize you can’t get there. We’re only 20 minutes into the day and it’s already looking bleak! You decide to check up on the latest news to see how much impact the lack of government is having on the country. There would be chaos in the financial markets. The U.S. federal debt exceeded $21 trillion in March 2018, and it is the largest single investment instrument in the market.

If the federal government disappeared, there would be no guarantee of the debt being honored. The value of the US dollar would also become completely questionable. Each note is backed by what’s known as “full faith and credit of the U.S. government”. But with no US government, what would it be worth? The federal government is also responsible for a whole host of corporate functions such as taxes, regulations, and trade operations.

There’s no backup plan to keep any of this going if the whole government disappeared overnight. One thing that may shoot up in value would be gold and silver, as precious metals would always be worth something in trade, so quick thinking investors would jump on that…It’s a pretty dreary first morning as you sit watching the financial chaos, wishing you could just brush your teeth.

After the crazy start, life would need to carry on in one way or another. Where governments have fallen apart or been overthrown, the capability of the military often plays a big part in what happens next.

Using Thailand as an example, in May 2014, the Royal Thai Armed Forces launched a military coup against the government of Thailand, following six months of political crisis. The military established what was called the National Council for Peace and Order (or NCPO) to govern the nation.

With the military stepping in, they took on the responsibilities of the government, which limited the disruption. However, Thailand has been through this process a number of times, and there would likely be a lot more chaos if the US government disappeared. Assuming most businesses carried on as normal, with the lack of federal government, there would be no reason to deduct taxes from wages, so workers would receive bigger paychecks.

That’s good news right? Maybe not…as systems such as the federal social security program would also stall, and retired people would struggle to find the cash for day-to-day living. And Medicare would disappear, causing havoc in the health sector.

There would quickly need to be state level authority before further community functions fell apart. Who would pay USDA inspectors, FAA flight controllers, and other key personnel?

And how would federal prisons continue to run, or would they simply open their doors and set everyone free? It’s not easy to answer these questions, as it would come down to many factors…the most important question being, who would step up and take responsibility in these first few vital months.

It’s quite possible that the banking sector might take some control, as the major banks hold a lot of the country’s wealth. Something similar happened in New York in 1975, when the city found itself in a debt crisis and was forced to hand some of the authority to its lenders. The banks formed a committee called the Municipal Assistance Corporation, and set out to control the city’s finances.

This resulted in thousands of teachers, police officers, and firefighters being sacked. So it’s not unimaginable that the likes of Citigroup and Bank of America could band together in an attempt to create a replacement system and even form a new currency.

A few months in…

More issues would crop up as time passes. Assuming that a local authority did not take responsibility for the federal food inspection system, there would eventually be contaminated food on supermarket shelves and in restaurants, potentially leading to mass disease.

There would certainly have been a major economic collapse, and with thousands more people out of work, and all major government activities ceased, it’s highly likely this would lead to civil unrest as people start to lose patience.

It’s hard to say what would happen with Interstate commerce. Would companies be hampered by the absence of a federal court system and a means of resolving state boundary legalities?

You would hope that corporate responsibility and the importance of reputation would see most disputes resolved. The tax system would be well and truly broken by this stage, with the non-existence of income taxes, capital gains taxes, and excise taxes. So even if there were some states ruling, they would need to find a way to raise revenue to pay for the services previously handled by the federal government.

A year in, America would likely be considered a 3rd world country, with society looking more like it did in the 18th century, with a great deal more responsibility back in the hands of citizens. There might be town council meetings to decide whether to allow business projects to go forward, and what was left of the corporate sector would probably play a major role in societal governance.

Instead of a Food & Drug Administration, perhaps a business or community would demand an independent organization to develop standards, conduct tests, and certify which drugs were safe and effective.

By now, the prisons would likely all be privately run, and you would hope that other functions previously managed by the government would fall into the hands of people or small businesses.

Somalia went with no functioning national government for two decades, until 2012, when an internationally backed government was installed. There was much chaos and fighting during that time, but people still got by, and the country sets a good example of how people respond to collective problems without government.

In many parts of the country, communities organized themselves to solve collective problems and provide public goods. And residents managed to maintain daily routines much like those in more developed countries. Private-sector firms offered basic utilities and services, such as garbage removal and clean water access, and small local council units took responsibility for jobs normally left to the state.

If the government disappeared certainly sounds like a bad idea, but does society see it that way? We looked at debate.org, an online community debating website, where we found a debate titled, is life without government possible? That vote came in with 58% of people saying it would be possible. One subscriber argued: “It would be utopia. Worldwide anarchy is something to strive for. It would not be utter chaos.”