In Reality, If Time Went Backwards, What Crazy Things Would Actually Happen?

Do you think you'd be happier if you lived time backward? Starting experienced and knowledgeable and then slowly going to 0? 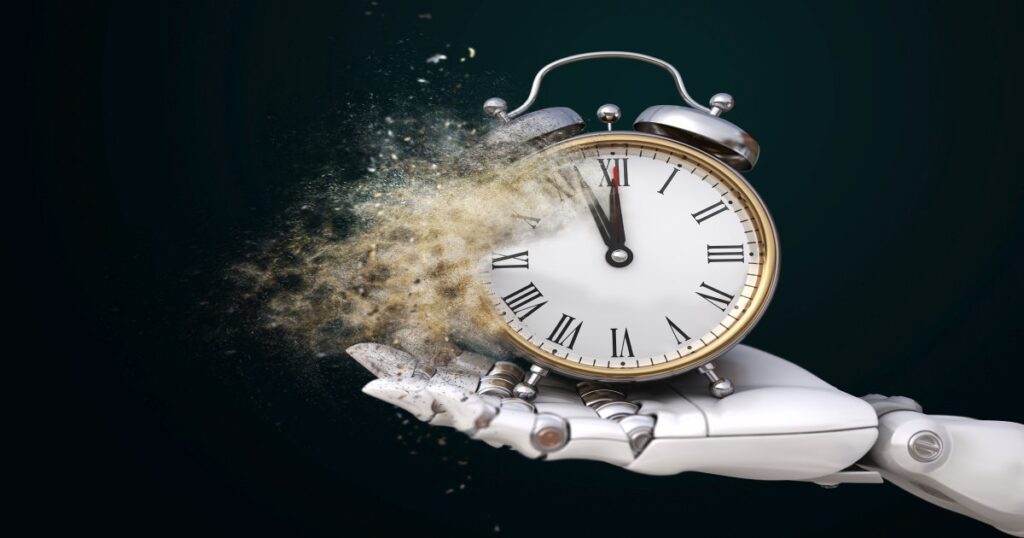 The alarm clock sounds, we wake up, brush our teeth, eat breakfast and get on with the day. We make plans for the week, meet friends, go to the movies, have dinner, go on holidays, maybe get married, have children, eventually we grow old, and one day die. This is life.

It comes with a finite amount of time, and the clock runs forward from the moment you come into the world, to the moment you depart. But why does time only flow forward, and can it really only go in one direction?

It only takes a second to drop and break an egg, leaving a mess on the floor for you to clean up.

What if time went backwards?

You reassemble the shell and place the yolk and the egg whites back inside, like nothing ever happened. Sounds crazy, but why is it impossible to un-break an egg that’s already been broken? Well actually it isn’t.

All the physical laws we have, such as relativity and gravity, work just as well if we are experiencing events in reverse. But we know we can’t un-break an egg, or un-eat a lunch, or even un-run a marathon. Also, why is it that we can remember the past, but only imagine the future?

In the 19th century, Austrian physicist Ludwig Boltzmann, was the first person to try and tackle these problems. At the time, physicists did not agree that everything is made up of tiny particles called atoms, as there was no such thing as an electron microscope to prove it.

But Boltzmann was convinced that atoms did exist, and he used the idea to explain all sorts of everyday events, such as how our vital organs work, how fire glows, and even why blowing on a hot cup of coffee cools it down. Boltzmann would show that the way in which heat behaves, which in physics is called thermodynamics, is intimately linked to time.

Boltzmann’s view was that heat was caused by the random motion of atoms, and so he set out to convince the rest of the scientific community of this. He did so by explaining something strange and it’s called entropy. Entropy describes how chaotic the atoms of an object are.

Every object has a certain amount of entropy, and whenever anything happens to it, the amount of entropy changes. For example, if you put an ice cube into a glass of water, it melts, and the entropy inside the glass increases.

What does this have to do with time, we feel you asking?

Well, the amount of entropy in a whole closed system always increases, therefore rising entropy is a process that goes in one direction in the same way we perceive time. Boltzmann discovered entropy increases because atoms are getting more jumbled up, which is why ice melts in water.

When water is a liquid, there are many more ways the water molecules can arrange themselves. In the same way, if you put cream into your coffee, it will spread throughout the entire cup.

Boltzmann’s views on entropy explain why it always increases, and because it’s always increasing, it suggests why we only experience time moving in a forward direction. And if we assume the universe as a whole moves from low entropy to high entropy, events should always be moving forward, never in reverse.

But not all scientists agree with the forward arrow of time, and as our knowledge of the workings of the universe evolve, different ideas emerge. Scientists at Washington University say that when you observe the particles at the ultra-small scale, known as the quantum level, strange events occur.

Changes in a quantum particles’ future can affect its state in the past, and the effect is measurable.

Professor Kater Murch says, ‘It takes 20 or 30 minutes to run one of these experiments, several weeks to process it, and a year to scratch our heads to see if we’re crazy or not.’

It worked sufficiently well that Washington University scientists have been able to guess a particle’s state with as much as 90% accuracy. But they also say that a lot more research is required to work out why this happens at the quantum level, and not within the large-scale world where lives take place are.

Another theory that made the headlines in 2014, is that there is an additional universe that mirrors the one we live, where time is running backwards. Some scientists are suggesting that when the big bang occurred, just under 14 billion years ago, this alternative universe also sprang into life.

And because our fundamental laws such as relativity and gravity work whether time is running backwards or forwards, this universe can exist. However, scientists have to make assumptions for this concept to be real and it cannot be proven, so unless we bump into our other selves running backwards one day, it will simply stay a fun idea for the scientists to debate at their round table.

Somewhere we do see time in reverse is on the big screen in Hollywood movies.

In the original Superman movie from 1978, Superman flies around the earth incredibly fast and somehow manages to reverse the spin of the planet, which in turn reverses time and events, so he can save Lois Lane from dying.

And more recently in 2008, in The Curious Case of Benjamin Button, Brad Pitt played Benjamin, who springs into being as an elderly man in a New Orleans nursing home, but ages in reverse, so as he is getting younger, while his friends and family around him are growing older.

Time going backwards would be pretty neat for fixing those broken eggs or reliving the great memories, and though it’s just a theory, it seems there is some science to back it up. Maybe in the future we’ll know for sure whether times’ forward arrow is fixed or if it’s an illusion that can be changed into reverse. Only time will tell!