White Holes: The Yet to Be Proven Polar Opposites of Black Holes

While white holes remain theoretical, they are also essential for explaining the existence of black holes. 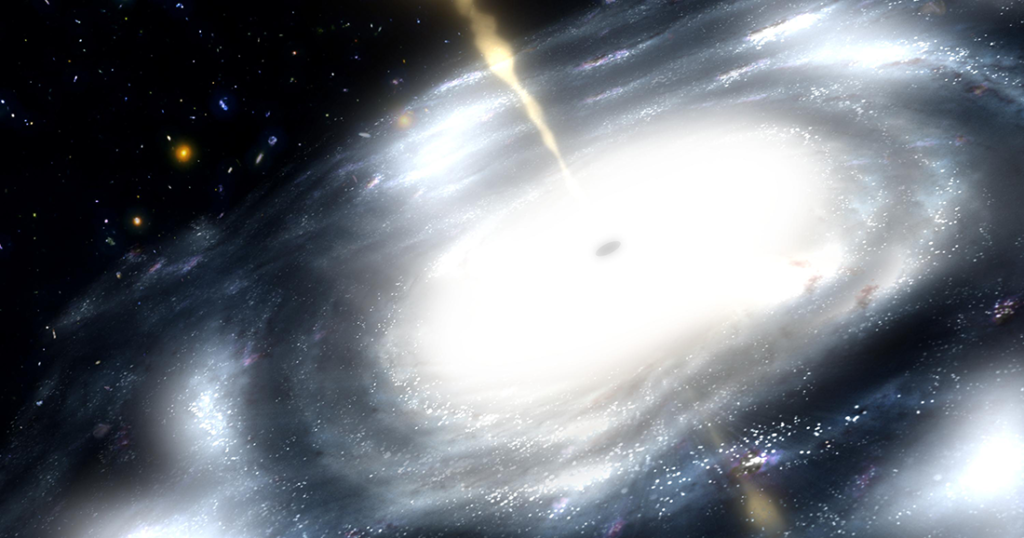 Have you ever heard the joke of what is black and white and red all over? Holes called white holes may appear to be black holes and are read about in scientific journals.

A white hole is considered the theoretical twin of a black hole, but it isn’t necessarily white. If you ever saw a white hole, you might confuse it with a black hole. That’s what some scientists think, but not every scientist agrees because nobody has ever seen a white hole yet.

So when did the terminology of white holes come into the space community, and why is there interest in them now?

White holes remain a theory, whereas Cygnus X-1, a galactic X-ray source spotted in 1964, became the first astronomical object commonly accepted as a black hole in 1971. Before then, the notion of black holes and white holes were just theories.

Although Novikov coined the term white hole, it was long proposed by Schwartzchild, who Einstein studied, that there was a theoretical ‘twin’ for the black hole. Just no one had given a name to it.

In 1964 Russian cosmologist Novikov came up with the idea of white holes as a sort of cosmic twin to black holes. He was building his theory as part of a solution to Einstein’s field equations. Einstein made his ideas around the work of German physicist Karl Schwarzchild. These theories describe the space-time geometry of empty space surrounding any spherical mass. Those were the first theories to explain what black holes could be without coining the term.

What is a white hole?

Black and white holes can be considered functional opposites. Black holes would suck in all nearby matter, including light, and can crush and tear apart all sucked-in matter to the atomic level. Theorists who believe in white holes, the hypothetical opposite of black holes, don’t think white holes pull matter.

White holes are the theoretical opposite of black holes

White holes, if they exist, would work the opposite way to black holes. A white hole would constantly emit light and matter. There is no way for material to get in a white hole, even material exiting the hole.

How does a white hole form?

Understanding why scientists think there could be white holes is a cause-and-effect issue. As scientists don’t know what happens to things pulled into black holes, they have developed an explainable theory for what happens next.

White holes potentially explain two of the most complex scientific questions of all time. What happens to things that go down black holes, and what may have created the Big Bang.

Scientists say a black hole is created when a star collapses, creating a vacuum in space that nothing can escape. The elephant in the room is where does all the stuff go in these huge cosmic hoovers that can even merge with other black holes and keep expanding and getting hungrier and hungrier?

Is it possible and accurate to say that a theoretical opposite can exist where a black hole can erupt and turn into a star? Like a hoover bag exploding and all the ejected items of a smashed object becoming whole again? Everything comes out, and nothing is going to go back in? A new Big Bang theory, perhaps? Some theorists of white holes are happy to support that theory. Maybe the Big Bang explosion might have been the emergence of stuff from a white hole.

As every observed Galaxy has a black hole at its center and there are over 100 billion galaxies, Big Bangs and new worlds could be forming all the time from white holes resulting from black holes.

Not all theories are black and white. An approach such as this would violate the laws of entropy. Also, such a theory does not match what scientists say about astronauts wouldn’t observe much difference between a white hole and a black hole.

Some theorists consider the possibility of a never-ending loop where white holes turn into black holes and vice versa. As white holes expel matter, the system would immediately collapse into a black hole when the ejected matter collides with other matter in orbit.

Most theories around how white holes form come about because of speculation on how black holes die.

How you think a black hole dies can very much influence your thinking on what a white hole is.

If you take Stephen Hawking’s view, all the radiation going into black holes could theoretically reduce the mass of a black hole and cause it to evaporate. The theory leaves other people confused.

What then happens to all the stuff it swallowed? General Relativity and Quantum mechanics theories say the stuff can’t escape or be deleted. So scientists conveniently answer that the stuff disappears down a wormhole and emerges from a white hole.

Some speculate a white hole could be minuscule on the outside but, like a Dr. Who’s tardis, be huge on the inside containing much of the stuff swallowed by the black hole, which would be ejected over time.

There’s no definitive evidence pointing to white holes in the universe.

Astronomers think that it is unlikely that we will see a white hole; as an event, they wouldn’t expel matter long enough to be found in an astronomer’s telescope.