Why Sealand isn’t Actually a Country?

The Principality of Sealand is an unrecognized micronation that claims an offshore platform as its territory. 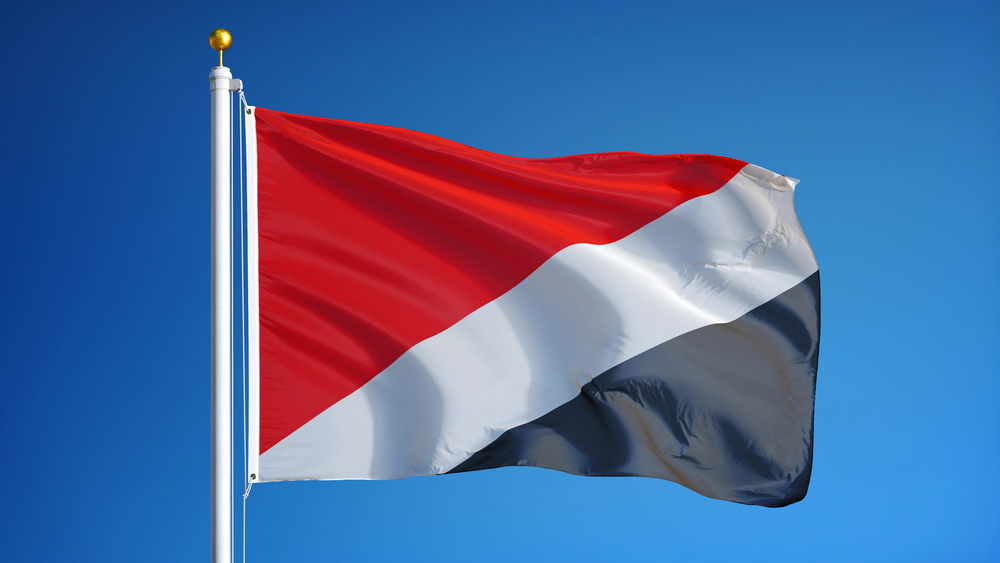 The Principality of Sealand came into being in 1967 when a man named Paddy Roy Bates took over an abandoned WW II sea fort off England’s coast. Bates was a British pirate radio broadcaster and the journey to his historical feat actually began on December 24, 1966.

Bates had sneaked out of his home in the dead of the night wanting to get the perfect gift for his wife. Also a retired British army major, he fearlessly drove a small boat sporting an outboard motor an entire seven miles off the coast of England into the North Sea. 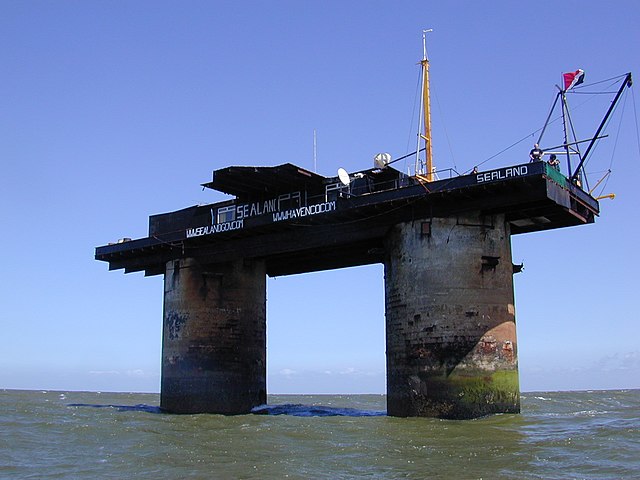 All Bates needed was a grappling hook and a rope to prop himself onto an abandoned anti-aircraft platform and declare his conquest. The patch was Joan’s ultimate prize and he quite aptly named it Sealand. Drinking at a bar with her and friends, he had said, “Now you have your very own island.”

Bates’ kingdom was one of a quintet of forts built in the 1940s to defend the Thames. It was a sparse hulk swept clean by the wind and called HMF Roughs Tower. HMF represented “His Majesty’s Fort.”

The less-than-luxury palace was called Roughs and had a deck wide enough to hold two tennis courts. The deck sat on two hollow, concrete towers 60 feet above the ocean. Roy claimed his prize as brazenly as Vasco da Gama or Cortés could only have dreamed.

Roughs had more than 100 British seamen armed with anti-aircraft guns holding fort at the peak of the war. Many of the guns had 15-feet-plus barrels long enough to improve the seamen’s aim at Nazi bombers.

A Country is Born

It’s no use reflecting on the rout of the Germans, but it’s worth noting that their defeat effectively rendered the stations archaic. The Royal navy abandoned it, leaving it derelict and without repair, even if it lapsed into a telling monument of British vigilance.

British authorities haven’t taken lightly to Roy’s claims to the platform, promptly ordering him to abandon it. The war veteran was not one to back off, and this episode would only begin Sealand’s elusive search for sovereignty.

Interestingly, In hindsight, Joan had remarked of the gift, “It’s just a shame it doesn’t have a few palm trees, a bit of sunshine, and its own flag.”

One friend’s statement was even more telling: “Why not make the platform its own country?” It inspired a few laughs and another round of beers. The lighthearted comment may have been a joke, but it appears it was one Paddy Roy Bates certainly applauded in his mind.

Only a few weeks after, Bates announced the establishment of Sealand, the world’s tiniest maritime nation with the motto, E Mare, Libertas. In English, it means “From the sea, freedom.”

What is a Country?

Paddy Roy Bates never took for granted his declaration of Sealand as an independent principality. The island has a coat of arms and a red and black flag with a diagonal white stripe. The currency was the Sealand Dollar, bearing the image of Bates’ wife, and residents get a passport.

But, no country formally recognizes Sealand despite its undeniable sovereignty. The British government continue to engage the services of mercenaries to fight alongside Royal forces in a bit to forcefully take over the island. Surprisingly, the Bates have made them bite the dust every single time, by firing rifles, throwing gasoline bombs, and dropping cinder blocks onto their boats.

This calls to mind the pillars of sovereignty that specify that a country’s ability to enforce its laws is limited by its borders. In May 1968, Michael, Roy’s son fired what he called “warning shots” from a .22-caliber pistol at workers servicing a nearby buoy. He claimed he was reminding them of the territorial sovereignty of Sealand.

This incident in which nobody was hurt called the British legal system to question while raising fresh implications concerning Sealand’s geopolitical status. The court held that Micheal’s actions happened outside British territory and jurisdiction, making it impossible to punish them under British law.

That ruling gave Roy impetus to tell a British official that he could order a murder trial on Sealand as the “person responsible for the law in Sealand.”

Only six people, guests of the Bates’s have ever lived on the principality. A wind-powered generator replaced the World War II mementos, providing flickering electricity to the space heaters that remove the chill from Sealand’s 10 chilly rooms.

Monthly supplies come from a ferry full of chocolate, tea, whiskey, and old newspapers. The permanent citizenry is really only held by the full-time guard, Michael Barrington.

Who’ll Pick Up the Tab Like in a Real Country?

Despite getting past many of the hurdles that other attempts at building an ocean-based micronation have failed, Sealand needs to consider one important bit to be considered a true country.

Regardless of its size, running a country costs money. Except for billionaire-backed micronations, somebody with the means has to subsidize basic services. That’s primarily what taxes achieve in many countries. Electricity and protection against piracy costs can easily spiral out of reach.

A German diamond dealer, Alexander Gottfried Achenbach once courted the Bates’s with a proposal to greatly expand the principality. Much of his moves were debunked; even his petition to renounce his German citizenship was refused by local authorities in Aachen.

A far bigger constraint was his failure as Sealand’s “foreign minister” to win official recognition with the United Nations or any individual country. After sending a constitution he helped draft to 150 countries and the international body, requesting ratification, foreign leaders remained unmoved.

A Cologne court ruled that Sealand did not belong to any part of the Earth’s surface, lacked community life, and would never be viable for long-term living due to its small territory.

Achenbach would eventually turn rogue, eventually luring Bates Sr. to Austria and simultaneously staging a coup in Sealand. Even though it worked as Michael was taken to his parents in the Netherlands, his father plotted a comeback with his helicopter pilot friend, John Crewdson.

Their bloodless counter-coup was fortuitous as the German guard on deck surrendered, having mistaken Michael’s hard landing-inspired firing of a chest-strapped shotgun to be more than it really was.

The British government admitted to the Dutch and German governments that it had zero jurisdiction to take any action to free Achenbach’s friend and lawyer, Gernot Pútz who the Bates had “charged” with treason and docked in Sealand’s brig.

Prince Michael of Sealand continues to hold forth on the territory. While most micronations hinge their recognition on the signing of the Montevideo Convention on the Rights and Duties of States by international leaders such as Franklin D. Roosevelt.