$1,700 A Month, Some Women on Twitch Are Holding Study Sessions

Discover how students are streaming their study sessions and earn money doing it! 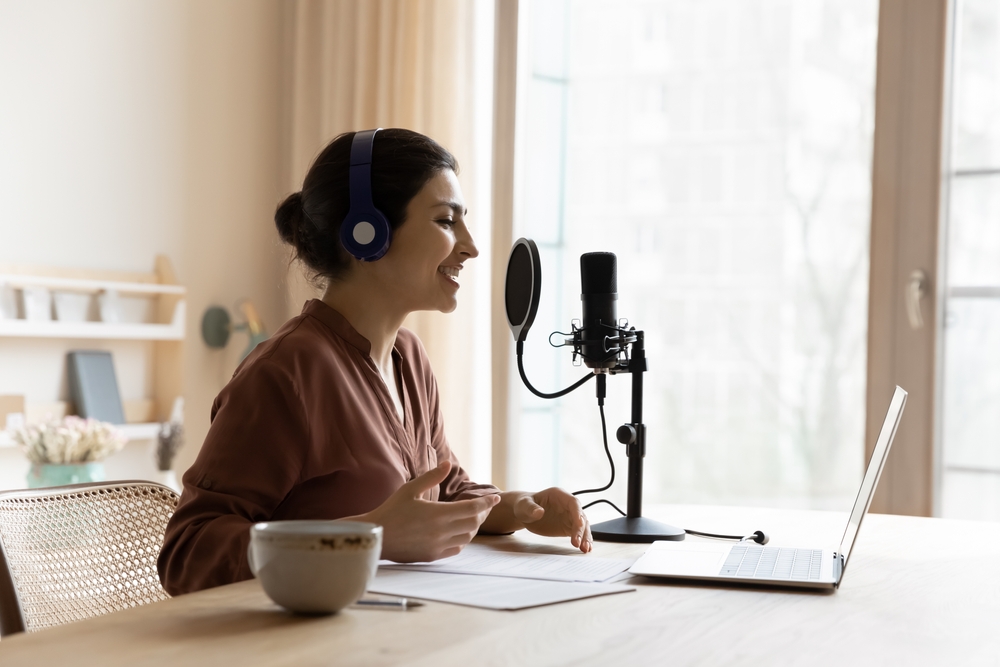 The “study with me” trend on Twitch has snowballed in recent months. Many content creators — most streamers doing “study with me” are usually young women studying medicine, but there is a big supportive community. The streamer will study live in front of thousands of viewers, following the Pomodoro method. The strategy involves taking short 15-minute breaks in between one-hour study sessions.

Belén is a popular streamer on Twitch. She is 21, studies medicine, and is currently in her fifth year. She has been broadcasting her study sessions live for a year now.

On any given weekday at 5 p.m., Belén is seen wearing her headphones and studying in silence with nothing other than the sound of rain in the background. Meanwhile, thousands of her followers will be watching her live on the streaming platform Twitch. A stopwatch with a countdown timer is located in the right corner of the screen. As soon as it hits zero, an alarm will sound.

She will stop whatever she’s doing, connects her microphone, face the camera, and address her audience: “How are you doing? Thank you so much for the new subscriptions. How’s the study going?”

This is a typical day in Belén’s life, known as @Thewintergallery on Twitch, where she has over 6,000 followers.

She has earned just over $280 on Twitch, and one of her followers even donated money to help her with purchasing a new microphone.

She isn’t on Twitch for the money, though.

“The best part is the followers and the community I formed.

I’ve made a lot of friends from all over the world, including Mexico, Argentina, and Costa Rica.

We learn together and discuss ourselves during our breaks, “she clarified.

When the Covid-19 pandemic first broke out, libraries were closed, and everyone was forced to stay at home. What began as a way for many young people to keep in touch and study together throughout the pandemic has evolved into a habit known as “study with me.”

“I’ve never been a fan of visiting the library; instead, I prefer to study from home. This is a way to do it when you are in the company of others.

Despite that I’m studying, this is a task that takes a long time to do, “she stated. Blanca was inspired by a YouTuber in the United States and wanted to try it out in Spain in 2019. She conducts her research in real-time on Twitch, where students and other streamers view her content. They’re all strangers to her.

“I’m not bothered by the fact that strangers are watching me.

“When I first considered it, I thought to myself, “Isn’t it a little shady?”

It’s terrifying to believe that someone monitors you when you’re studying. However, in reality, people are more preoccupied with their activities, leaving you in the background, “Belén explains.

“We discuss anything and everything during the live shows, although we primarily discuss academics.

“We discuss how the examinations are going, how to stay organized, and any concerns people may have about their degree or career, “Angela (@AngelaWS), a 23-year-old content creator who is also a medical student, agreed.

Angela has over 7,000 Twitch followers and over 37,000 YouTube subscribers. However, she claims she no longer uses the latter.

She prefers not to discuss her income, though she does acknowledge that she “doesn’t make enough money for luxury, but that’s good.”

I get a lot of messages saying, “‘Angela, thanks so much; you’ve helped me motivate myself,” or “I’ve been able to improve my scores recently,” etc. The live streaming is a method of favorably influencing others,” she stated.

These people agreed that the best thing about this experience is the created community. There is a positive vibe in their live broadcasts. They advise other people based on their own experiences, motivate and assist one another, plus help each other with our academics.

For several months, the three young women have been streaming on Twitch. Even though Angela and Ana Blanca began posting videos to YouTube, the Twitch surge prompted them to switch to Amazon’s platform.

“Right now, I see more potentials in Twitch than YouTube,” Angela added, “and being live saves you the entire part of the editing, recording, and production that takes a lot of time.”

Twitch is more of a home-based activity. It saves time and allows me to learn alongside other people. It relieves me of a lot of labor, and the reality is that I like myself, ” Ana Blanca expressed her thoughts.

In recent months, many content creators have switched from YouTube to Twitch, drawn by its popularity and better earning opportunities.

Many others have decided to join the live video platform and share their study sessions, including young high school or university students.

Lorena (@piradita_study), a 24 year-old psychologist from Barcelona, is studying for the Resident Internal Psychologist (PIR) exams.

She began streaming on Twitch in January last year due to a lack of motivation, and she already has over 7,000 followers.

“The exam process is a pretty lonely road,” she explains.

“People study with you on Twitch, not with a video of you like what you see on YouTube,” she noted. “What’s cool is that we’re all working on something at the same time, and then we chat and share our findings.”

Lorena said that the profile of the people joining her community is changing little by little. “More and more elderly people are joining; in my chat, there are folks in their 30s and 40s,” says one of the participants.

And, like any profession, she occasionally feels pressured to make deadlines or days when she has to push herself to be in front of the camera.

“Anyone who claims they aren’t under pressure is lying.

We all have bad days, and there’s also the strain. This is especially true when people pay to view your content, “she continued.

While Twitch has specific categories for things like chatting and video games, there isn’t one for “study with me.”

Lorena went on to say that the platform should begin to filter some users.

“There are still people who come on my live performances only to abuse me or say stupid things because I’m a girl.” “People who aren’t used to content creators like this should realize that not all of us are guys who sit in front of the computer for 12 hours to play video games, which is OK: or that we live in Andorra, which is also fine.” There are other people like us who dedicate for themselves, in a certain way, to help others,” said Ana Blanca.