How Working In Virtual Reality Could Become a Dystopian Nightmare

A new study shows that people who work in virtual reality for an entire work day are much less productive and suffer from migraines. 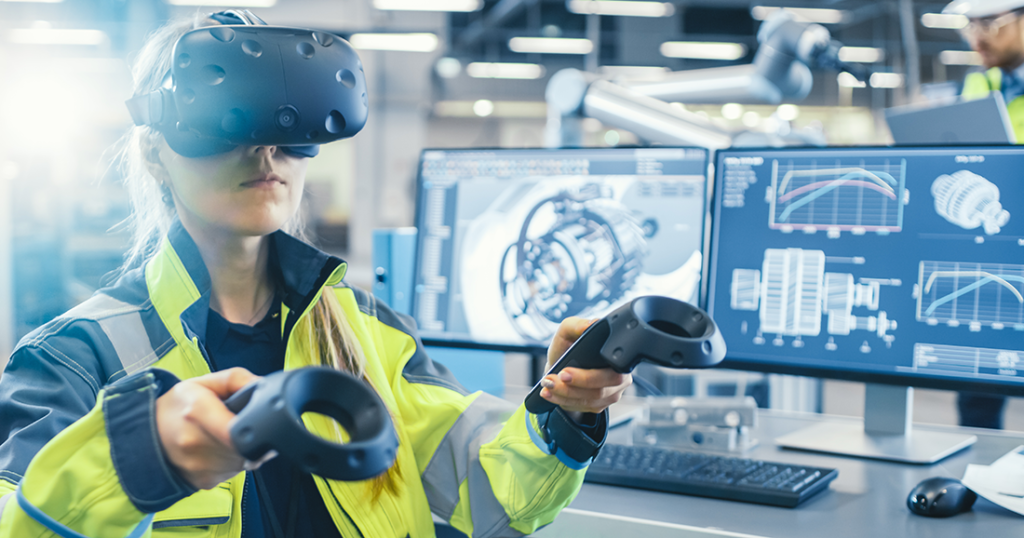 The idea of a digital reality has received much attention from tech giants worldwide, including Mark Zuckerberg, the CEO of Facebook. They believe that the future will see us all working, loving, and living in a “metaverse” of virtual reality. But as it presently stands, researchers have explained that working in virtual reality is more stressful and frustrating than we may have been led to believe. It may also not increase a worker’s comfort, productivity, or well-being.

According to PC Gamer, a research team led by Jens Grubel, a professor of electrical engineering and computer science at the Coburg University of Applied Science in Germany, conducted the study, and the findings of the week-long experiment were reported in a paper titled “Quantifying the effects of working in VR for a week.” The study looked into the long-term viability of working in a virtual reality setting.

The research team gathered sixteen subjects – ten men and six women – and was required to use Oculus Quest 2 VR headsets and the illuminated Keyboard K830 to complete their daily tasks using basic Chrome Remote Desktop. All the research subjects were university staff or researchers.

While the reason for Chrome Remote Desktop is to monitor the work efficiency of the research participants remotely, the scientists use a higher-spec VR headset in the research since ‘there was nothing else that could deliver an experience equal to working in a physical desktop environment.’

Grubel explained, ‘Working with virtual reality continues for a week to find out if working in virtual space is practical and measurable.’

Two of the entire subject participants had to quit the study due to recurrent migraines and significant degrees of disorientation, nausea, and frustration before the end of the study’s first day. The remaining subjects work in VR for a week, 8 hours per day, with 45-minute lunch breaks.

Participants in the study were given questionnaires to complete. They were asked multiple times throughout the day to rate their VR experience against working in a typical, real-world office on ten statistics, including perceived frustration, productivity, anxiety, and well-being. Participants were also asked specific questions about virtual reality, such as whether they felt nauseated or if their eyes were starting to hurt. The researchers also kept track of their heart rate and blood pressure.

This poll also intends to “clarify the inadequacies that exist in the work experience in the VR environment and create the needs for improvement,” as well as to “help the future creation of the VR platform.”

The findings suggest that working in a virtual reality environment reduces productivity and exacerbates migraines. Thirty-five percent of the subjects stated that they felt they had more work than in a typical office and felt more anxious and stressed while trying to do their jobs in VR. Forty-two percent of the participants said that they ‘felt frustrated.’ Forty-eight percent of the subjects answered that their ‘eye strain increased.’ Eleven percent indicated it negatively affects their work. Nineteen percent said that they felt anxious while working. Twenty percent stated that their mental health had gotten worse.

Thirty-six percent answered that ‘VR usability was low.’ Fourteen percent answered that there is a reduction in self-described productivity, with “frustration” increasing by almost 40% compared to baseline. All of this combined resulted in a general decline in mental health. Although the findings of the surveys are largely subjective, it is worth noting that many items nevertheless yield unfavorable answers. As you might anticipate, spending so much time in VR caused individuals to experience more migraines, eyestrain, and nausea.

“While this is research in a new and developing field, one of the key purposes was to offer data that future scientists may use to conduct additional research on the subject,” Grubel explains. Some may attribute the unfavorable outcomes to the study’s technology and software, which comprised low-cost VR headsets and Chrome Remote Desktop. However, the researchers explained that they picked mid-range technology since it is closer to the usual desktop experience.

If the Metaverse is the future, it must function for everyone on all budgets. Most people can’t afford a $2,399 12K Pimax VR headset, let alone the PC requirements to run it.

The conclusion of the research team

Overall, this research lays the framework for future research by emphasizing present flaws and providing opportunities to improve the VR working experience. As we move into a more VR-centric environment, the research will aid the process by “clearly emphasizing present weaknesses and suggesting potential for improving the experience of working in VR.” Jens Grubel believes that this research will encourage more research into long-term in-situ productive work in virtual reality (VR).