Most of the WWII weapons were very effective on battlefields... But, some of those weapons completely failed. 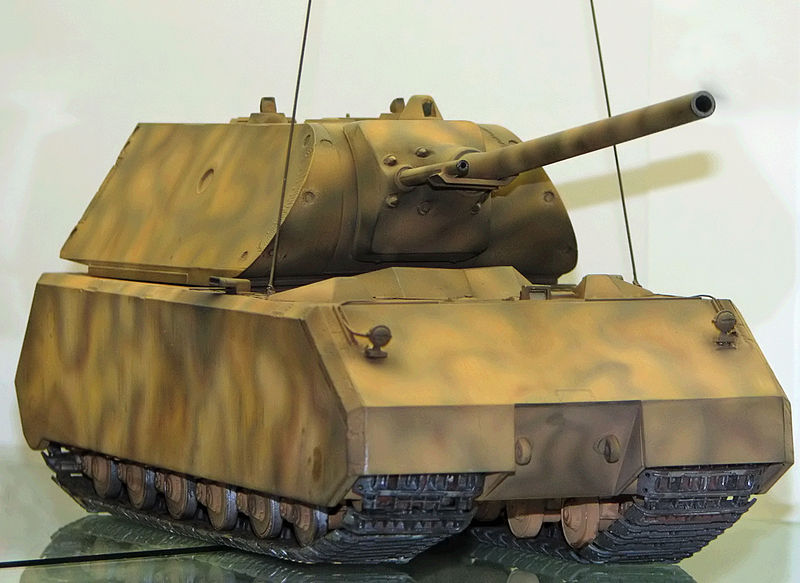 Military weapons are becoming more and more refined nowadays. They are improving in accuracy, range, and power… But, looking back through the history of warfare, we also see weapons that only helped to make their creators learn from their botched work.

In fact, World War II delivered many high-profile military products and technological experiments. Nazi Germany and the Allied forces gave birth to amazing creations… However, some concepts didn’t work – and here’s a list of some of the weapons that failed during WWII.

The Panjandrum was a British weapon developed during WWII. It was a wheel fitted with rockets that were assumed to move over water and have a large load of explosives… But, it could barely move in a straight line.

The device consisted of 2 wooden wheels attached by a central drum holding a payload of explosives. It was driven by sets of cordite rockets attached to each wheel. The prototype was built in secret, but the beach selected as a test site was also a famous destination for tourists, and there were many witnesses to notice how the Panjandrum became part of the group of weapons that failed.

When examining the best approach to attack Japan, someone in the U.S. Army considered bats and got his bizarre idea tested. The idea was to drop bats from a high altitude with a projectile, each of them supplied with a small incendiary bomb.

The entire idea of employing “bat bombs” against Japan may seem ridiculous. Still, President Franklin D. Roosevelt supported the project, and U.S. military professionals worked on a prototype. The idea was that bombshells could contain bats strapped with an incendiary device and timer.

It was probably the most inaccurate torpedo ever made – and probably one of the most interesting weapons that failed during WWII. Some estimations suggest that it missed 7 out of 10 times. It deviated from its calculated path and failed to detonate at the right time.

These torpedos became a torment for American soldiers… and of course, there’s no worse weapon than one that provokes more concerns for the user than for the target.

The Krummlauf fired bullets that can go in many directions but it didn’t go well for this weapon.

The gun was constructed at 4 distinct angles (30°, 45°, 60°, and 90°). The general production is estimated at 20,000 units. It didn’t take long to realize that the gun’s durability would be restricted because only 300 rounds in the 30-degree edition were enough to harm the barrel – and the bullets would leave the barrel completely destroyed.

Panzer VIII Maus was a heavy tank designed by the Germans. It was the heaviest tank in history and one of the most exciting tanks ever created, but the project’s goals weren’t accomplished, and after developing a second version, the project failed.

The German design added more weight, more armor, and more power to prove Germany’s power and stimulate the German people to show their support. Unfortunately for them, the Maus turned out to be another of the many failed projects of Nazy Germany.

Maus’ armor was 200mm thick hardened steel, making it extremely heavy. So heavy, in fact, that it got stuck in mud very often and couldn’t find a bridge strong enough for it to cross.

The Cultivator Number 6 was a military trench-digging machine designed by the British Royal Navy. It was a massive machine and was envisioned to be built in considerable numbers.

It was armored but carried no weapons. Particularly, it was planned to move forward over enemy positions below, making trenches at the same time. When it reaches the enemy front line, it’d function as a ramp for troops. In the end, a few devices were created, and none were employed in combat.

These world war 2 weapons that failed didn’t get a second chance!

During World WWII, unusual weapons and technological improvements were made. However, many of these weapons that failed were reasonable ideas – they just didn’t work as expected.

They were a substantial cost that science had to pay for developing effective weapons. So, even if they were weapons that failed, they showed scientists what not to do.

Featured image: Maus Model by Darkone. Licensed under CC by 2.5