The XM25 Punisher grenade launcher was ahead of one its time... And despite being an exceptional weapon, it didn't quite work on the battlefield. 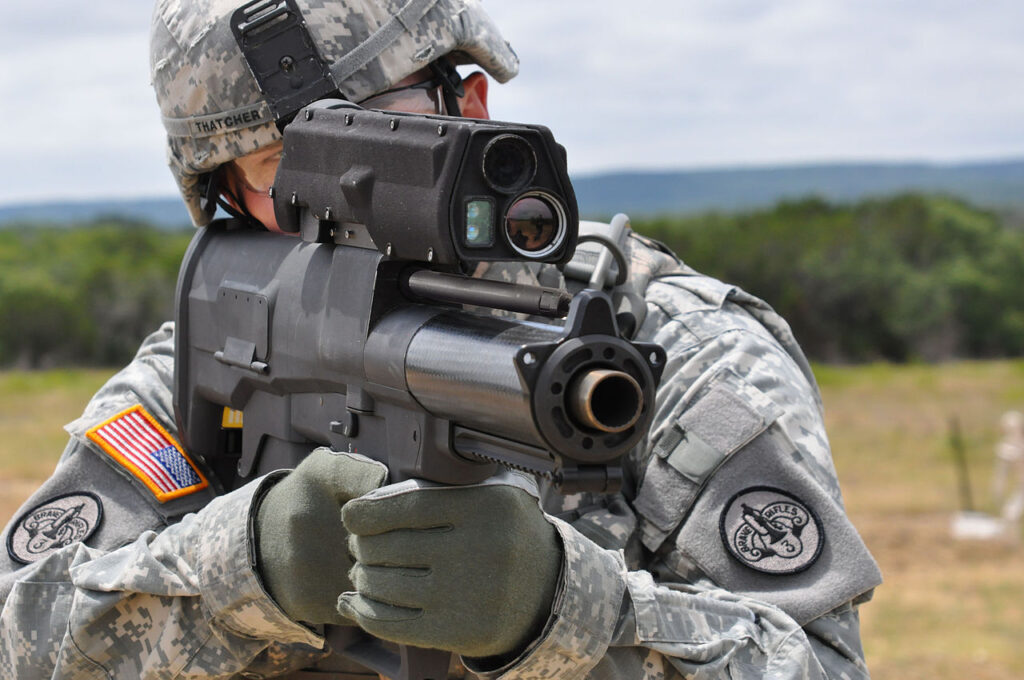 This grenade launcher has been a brilliant idea to introduce a new effective and lethal weapon to the battlefield. However, it wasn’t as effective as it was promised to be – and the program was subsequently canceled.

What went wrong with this novel weapon? Why did the US Army abandon its use on the battlefield today?

The XM25 Punisher is the Army’s most modern grenade launcher, designed to give soldiers the ability to hit targets behind cover and engage enemies at greater distances.

It is a gas-operated, air-cooled semi-automatic grenade launcher that fires 25mm high-explosive grenades. This grenade launcher is effective because it is equipped with a laser rangefinder and can be programmed to detonate the grenade in mid-air.

The XM25 was designed for use in close combat situations and can be fired from within buildings or from behind cover. The weapon is also equipped with a suppressor, which reduces the noise of the gun and protects the user’s hearing.

The XM25 Punisher is a state-of-the-art weapon system that offers a significant advantage over traditional grenade launchers.

Its accuracy and flexibility make it ideal for a wide range of combat situations – and its unique airburst capability gives it the potential to change the way we fight wars.

As it is designed to detonate in mid-air, above or near targets, it is perfect for showering enemies with shrapnel. This allows the operator to target hidden or camouflaged enemies, as well as those behind cover.

The XM25 has been praised for its ability to provide suppressive fire and take out enemy combatants with minimal collateral damage.

The XM25 Punisher at war… Why did it fail?

The XM25 Punisher is a lethal weapon designed to create a massive amount of damage to enemy soldiers.

The weapon was first used in combat in 2010, and it quickly became clear that the XM25 was an effective tool for taking out enemy fighters. The XM25 was used to engage enemy targets in caves and bunkers.

However, in Afghanistan, it was shown that the weapon wasn’t very practical for military deployments. The weapon did not perform as well as expected, and even some technical problems left wounded soldiers using this grenade launcher.

Additionally, the weapon was much heavier than a rifle like the M4 and didn’t make that much difference compared to this rifle in actual combat situations.

Also, the weapon has also been criticized for its high cost and for the fact that it requires soldiers to undergo special training before they can use it effectively.

So, despite its promising design, the XM25 Punisher failed to live up to expectations and was ultimately discontinued.

The punisher is a bright and promising idea for the future

Although it failed in its first deployment on the battlefield, this grenade launcher is an excellent idea for the future. If it is upgraded, it can become a decisive weapon with its ability to overwhelm the enemy troops with shrapnel no matter where they are hiding.

As a result, an improved version of the XM25 Punisher can cause heavy casualties and terror on the enemy lines.