Will your job become obsolete by 2040 due to automation?

“The real question is, when will we draft an artificial intelligence bill of rights? What will that consist of? And who will get to decide that?” Gray Scott 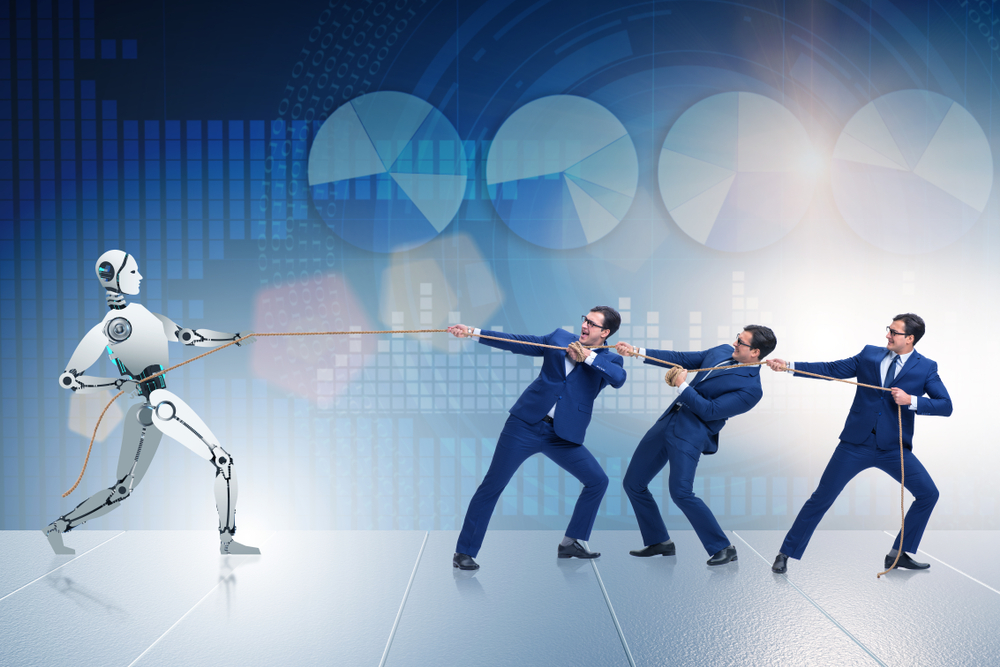 Michael O’Grady is an analyst for Forrester, one of the most influential research and advisory firms in the world. O’Grady says that the  “Lost productivity due to Covid-19 is forcing companies globally to automate manual processes and improve remote work.”

The report Job Forecast 2020-2040, which focuses on France, Germany, Italy, Spain, and the UK, predicts up to 12 million jobs in Europe could be replaced by automation.

Other countries can expect to sustain similarly high levels of job losses to automation which home in on ‘rule-based work.’ These are jobs that have highly repetitive processes that can be automated in part or whole by either a piece of machinery or something as simple as a software script that records a user’s actions on a keyboard and repeats the process thousands of times, so the user doesn’t have to do parts of their job that always involve the same piece of typing anymore.

Rather than watching out for humanoid-looking robots taking over our planet, Artificial Intelligence is going to take over human jobs by stealth in more subtle forms.

General Sir Nick Carter predicts that perhaps a quarter of the future British Army could be made up of robots. ‘Thirty thousand “robot soldiers” could form an integral part of the British army in the 2030s, working alongside humans in and around the frontline, the head of the armed forces said in a television interview’.

Virtually every industry is going to be affected by AI and automation. Forrester predicts that the retail, food services, and leisure and hospitality sectors will be amongst the first industries to see the most automation.

What jobs will be replaced?

If you work at a kiosk in retail, your job is at risk as more merchants are focussing on installing self-ordering and payment options.

Suppose you are one of those managers or consultants who helps determine where to best position inventory in the store to get the best sales. In that case, AI can do your role too, and probably much better than you as fast machine learning can quickly process and find customer patterns. Moreover, these AI machines can ‘shows other products that customers might be interested in in the future.‘

What about checking IDs so that underage buyers can’t buy alcohol or cigarettes? There is a facial age estimation app for that, too and shops are delighted to use it because it will reduce customer conflict and abuse of their staff.

Cashierless stores are now the present, not the future.

Although Forrester predicts that food services may see the most automation, Science Mag says food service workers are paid such low wages that automation might not even be worth it. However, dining chains McDonald’s, Starbucks, and Panera are meeting the growing trend of “fast-casual” that doesn’t require the need of a host to seat guests and implementing online and kiosk-based ordering. It would seem Forrester is right that we will need fewer people in the future to take our restaurant orders.

If you work in leisure and hospitality, the robot and AI makers are eyeing up how to surpass your jobs too. The software and the bots will make communication with guests at the key moments in their guest journey more streamlined.

One hotel has gone all the way. Henn-na Hotel, located in Nagasaki, Japan, is staffed by multilingual robots. One English-speaking dinosaur robot can serve to check guests in, ‘and porter robots will carry luggage up to the guest rooms.

Like the food and retail industries, automation can mean guests can check-in and be served in a contactless tech-driven way.  Auto check-ins are becoming more common in large and small hotels, ‘there will be a lesser need for receptionists in the long run.

While robots greeting guests in the lobby might be a step too far for some hotels, other hotels are beginning to consider software is better than people at managing guest requests. Quite often ‘the first staff member they talk to, who rarely is responsible for the task. Here, a hotel task management system is key. Setting up automated rules and alerts for your team when a task comes in will help your team filter out the noise, so they only need to focus on what matters to them. It will encourage a quick and precise resolution.‘

Hotels are using hotel task management software to level up their escalation system, ‘so that every time a deadline is not met, someone from management is alerted.’

A recent study of hotels discovered ‘63% of all communication revolves around the same eight questions.’ It is time to release the chatbots and stop those customers bugging your customers with the same old questions.

Hotel owners who want to get a review from their customers, so more people will read online reviews and come to their hotel, can use a software bot to chase customers who forget to leave a review.

Hotel owners don’t need to worry about keeping track of those inconvenient customers who leave a bad review, as software bots can be left scanning the online review websites and instantly alert managers if a negative review comes in. If managers are too busy to deal with negative reviews, the bots can redirect the negative reviews to be dealt with by customer care centers.

People who work book-keeping and other repetitive data entry jobs can expect more of their work to be taken over by software programs ‘it makes sense for AI and ML (Machine Learning) to be introduced in the product cycle.’

Grammarly and other apps are replacing the need for professionals who used to be hired to review content for sentence construction, grammatical mistakes, and other errors.

Drones and robots are taking over courier services.

Robot-surgeons already perform critical operations; it’s only a matter of time before they completely replace real doctors. Robotic doctors are expected to be more accurate and effective treatments for patients compared to humans. With robots there is less chance of infection due to more sterile measures and no room for human error.

Natalie Kitroeff writing for The Los Angeles Times, predicted over five years ago that self-driving trucks could replace 1.7 million American truckers in the next ten years.

Saviom.com suggests that there will be an 84% chance that AI will fully automate this sector in the future.  They point to ‘Yelp’s security robot, which can inspect a building with its high-definition camera. It also has a directional mic and infrared sensor to detect any suspicious activity. ‘

Are any jobs safe?

People used to write that AI couldn’t be as creative as people, but people have proved that AI can create art, music, and even write novels.

‘The Road is an experimental novel composed of artificial intelligence (AI). Emulating Jack Kerouac’s On the Road, Ross Goodwin drove from New York to New Orleans in March 2017 with an AI in a laptop hooked up to various sensors, whose output the AI turned into words that were printed on rolls of receipt paper.’

Others say AI doesn’t have people’s communications skills, but perhaps they haven’t had the experience of speaking with an indifferent and rude customer service adviser.

AI can be given soft skills. A man even used a company to create an ‘AI chatbot to virtually bring his fiancée ‘back from the dead’ eight years after she passed away – as the software’s own creators warned about its dangerous potential to spread disinformation by imitating human speech.‘